Playing games with a friend in your living room remains a phenomenal experience--here are the best titles to jump into with a pal IRL on the PlayStation 5.

Online multiplayer has come to dominate the world of video games, bringing players together from all over the globe. But there are still games that capture the old-school feelings of cooperation and competition of taking on someone sitting next to you on the couch, controller in-hand. For years, games handled multiplayer by splitting a single screen across the middle, creating a singular experience of sharing both a digital and physical space as you battled it out in classics like Goldeneye 007 or Quake III. Those games still exist on the PlayStation 5, offering some fun, intimate multiplayer experiences. This list compiles the best PS5 split-screen multiplayer games, while also delving into games that offer great local multiplayer by sharing one screen or offering cooperative play. Many of these games are PS4 games that are backward compatible with the PS5, but they've mostly received updates to enhance them on the newer, more powerful hardware.

For more local multiplayer games, make sure to take a look at our list of the best couch co-op games for couples and best games to play with people who don't normally play games. We also have a bunch of roundups highlighting the best titles for all major platforms, including the best PS5 games so far, best Xbox One games, best Xbox Series X games so far, best Nintendo Switch games, and best PC games to play in 2021. 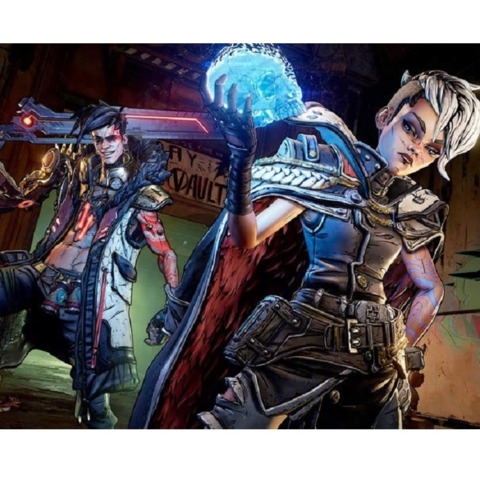 The Borderlands franchise is all about teaming up with your friends to storm through a huge world filled with color psychos. To take them out, you're given a huge arsenal of weapons and abilities that allow you to work together to create some phenomenal first-person shooter mayhem. Borderlands 3 is at its best with pals, so split-screen co-op seems like a no-brainer for the franchise. With an expansive, humorous story, four different character classes to play, and a bunch of side content to keep you busy, there's a whole lot of Borderlands 3 to cover with your friends. 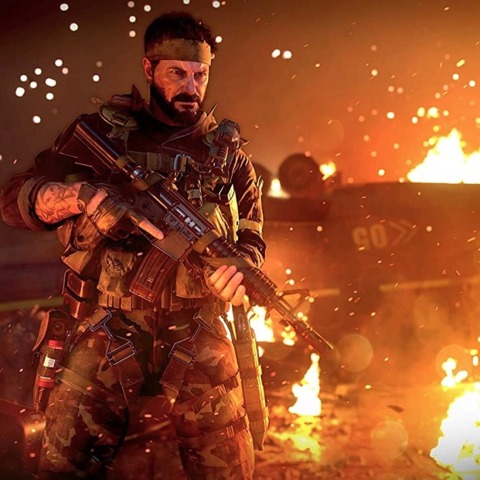 The Call of Duty genre continues to be a dominant force on the first-person shooter scene, with a huge multiplayer following. But with Black Ops - Cold War, Activision and developer Infinity Ward brought back the ability to jump into the competition from your couch. The game supports split-screen multiplayer both in its competitive deathmatch arenas and its Zombies mode. You can play both locally with two players, but if you and your split-screen companion both have PlayStation Network accounts, you can play split-screen online, allowing you to mix the best of both local and online multiplayer. 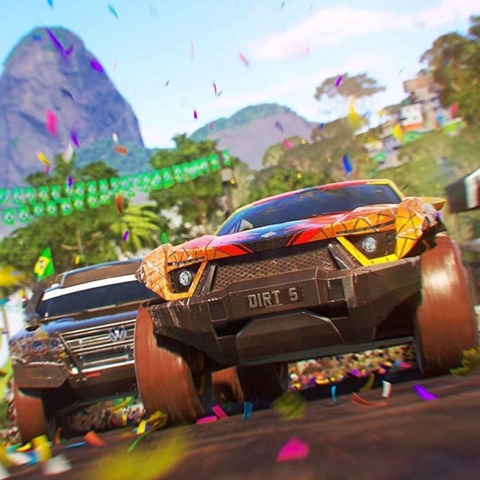 Racing games can only ever be so good when you're forced to race against computer opponents. It's playing against other unpredictable humans that makes racing so exciting, and Dirt 5 offers that opportunity with online opponents, as well as the chance to race against whoever's sitting next to you. Dirt 5 supports up to four players in split-screen, so you can go head-to-head on the track, or team up and work through the game's Career mode as a racing team to devastate the computer competition. 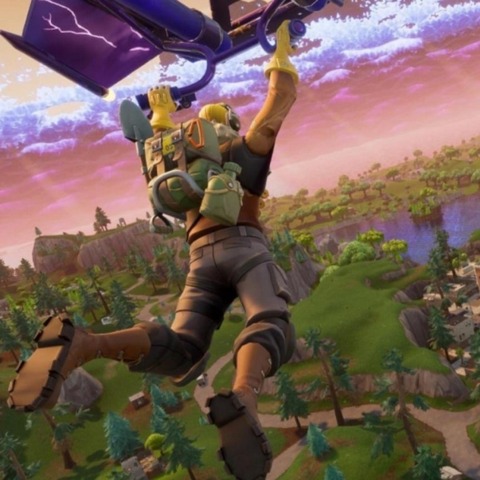 Fortnite may have become something of a cultural juggernaut, but at its core, it's still a great online gaming experience. Not only can you play Fortnite online on PS5, but the game also supports split-screen play, so you can take on its battle royale gameplay with a friend in the same room to contend with the other combatants on the island. Just note that both players will need Fortnite accounts to be able to play--but the game is free, so that shouldn't be a problem.

The second game from developer Hazelight continues the studio's focus on creating story- driven cooperative experiences. It Takes Two is a very impressive one in that light--you'll play as parents Cody and May who are preparing to divorce. The couple are accidentally transformed into tiny dolls by their daughter's wish to see them reconcile, sending them on a lengthy journey through their garage, backyard, and house, during which they learn to communicate and appreciate one another again. All of the gameplay in It Takes Two fits that theme, with cooperative players working together to solve puzzles and problems along the way. Cody and May each have different abilities and tools, so teamwork is essential. With a lengthy story and lots of innovative two-player gameplay, It Takes Two is an essential couch co-op experience.

See our It Takes Two review.

One of the coolest competitive multiplayer games around is Rocket League, in which you play soccer--but while driving a car that has rocket boosters attached so you can fly through the air. It's a ridiculous and chaotic competition, and best enjoyed with friends on your team. Rocket League supports split-screen play that lets you create local matches, but you can also take your split-screen companion online in the game's Quick Play mode without the need for multiple PSN accounts. But whether online or on the couch, Rocket League should absolutely be on your playlist for gaming with friends. 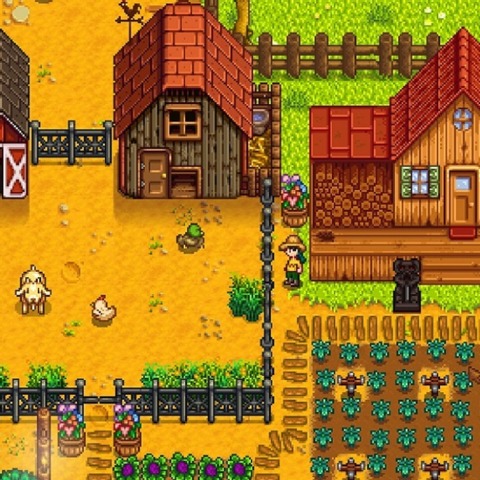 At first blush, Stardew Valley is an RPG farming simulator, but it's a game that encompasses so much more as you make a life for yourself in its world. You'll spend your time growing your farm and expanding your life in the world to encompass activities like mining and farming, but really, it's a game about uncovering life in your small country town, and interacting with the characters you find there. There's a whole lot to do as you create your farm and restore your town to greatness, and on PS5, you're able to play split-screen and share the work with a partner. 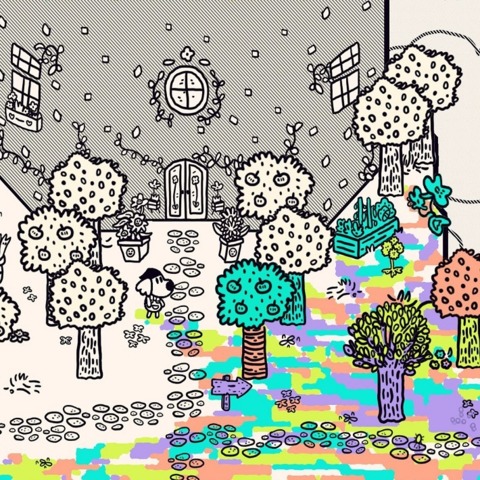 In 2D adventure game Chicory, you set out into a black and white world after finding yourself in possession of a magic paintbrush. Solving the mystery of what happened to the brush's owner is a big part of the game, but using the brush to change the world as you like is the other part. You can paint everything in Chicory, and what's even better is that you can team up with a friend to bring your vision to life together. It's a chill way to experience the game from the same couch, allowing you to dive into Chicory's story while spending some time being creative. 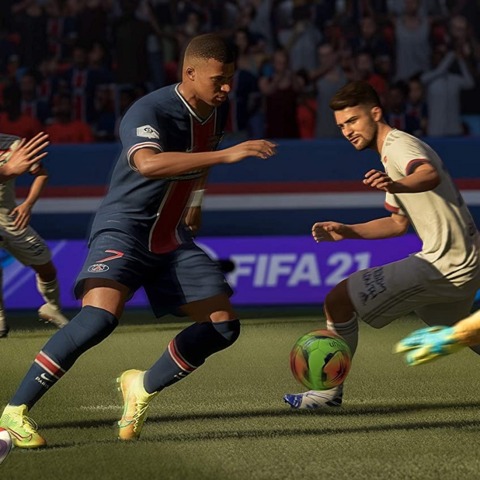 If American football isn't your thing, there's the FIFA franchise, which offers fast-paced football action with a similar offering of both online and local play. FIFA 21 offers the opportunity to play on the same team as another friend on your couch or over an internet connection. You can face off against another team of two players, or take on a season together if you'd prefer. All of FIFA 21's modes sport co-op, so you've got plenty of options. 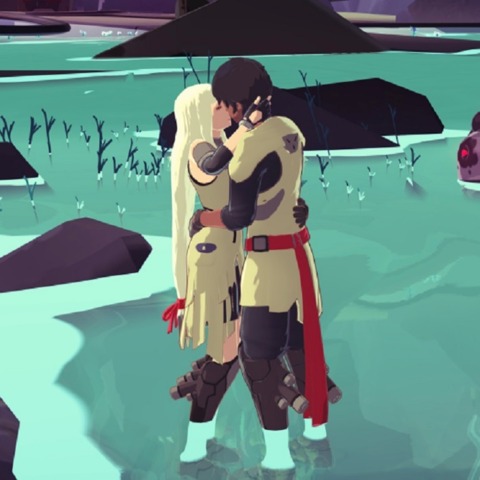 A game specifically about a couple exploring a strange new planet together, Haven is a great cooperative adventure experience. In Haven, you and your partner play as Kay and Yu, two people who've escaped their home and landed on another planet. Much of the game is focused on fast-paced, smooth exploration thanks to cool gravity boots both characters wear, and combat is a turn-based affair, giving you time to talk it out and coordinate effectively. 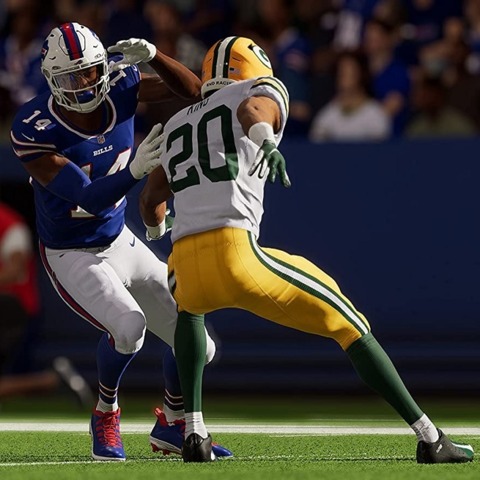 The Madden franchise has been a great multiplayer offering for years, and Madden 22 continues that tradition on PS5. The game offers both online and local multiplayer, so you can both play against your friends (or people you don't know) and alongside them on the same team. In fact, Madden 22 lets you to do both at the same time, with games that support 6-on-6 play online, allowing you to team up with your friends and try to take on human opponents. If that doesn't excite you, it's always possible to team up against AI opponents and work through a season to build your franchise. 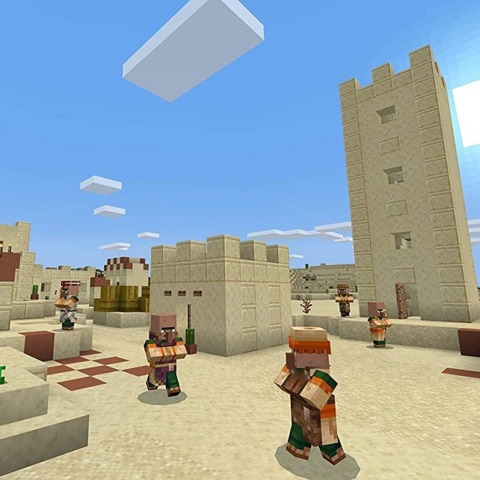 At this point, everybody knows what Minecraft's deal is. The open-world survival title about building stuff is deceptively easy to pick up and delightfully complex, and players have spent millions of hours in it at this point, exploring its world, invading the Nether, and building all sorts of interesting stuff within it. Minecraft is a perfect cooperative game, whether you want to adventure around and focus on survival, or you just want to go wild and build the starship Enterprise or the Taj Mahal.

Overcooked! All You Can Eat 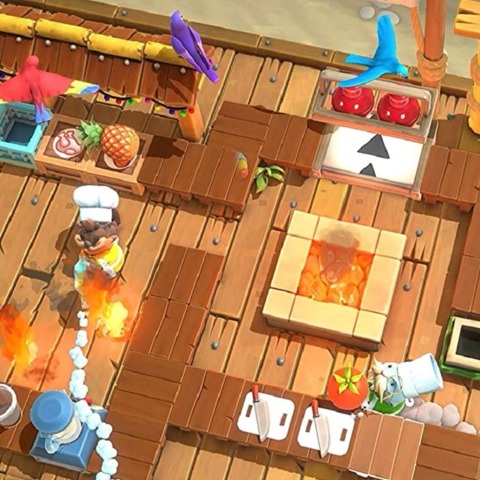 If you like high-stress cooperation, Overcooked! is for you. You and up to three other players work together to run a kitchen, attempting to prepare meals for restaurant customers at an ever-increasing clip. Specialization, prioritization, and communication are essential to keeping up with the restaurant's demand, and as things get more and more hectic, the game gets more and more ridiculous and fun. Rumor has it Overcooked! will be among September's PS Plus games, which will provide a great opportunity to check it out with some friends. 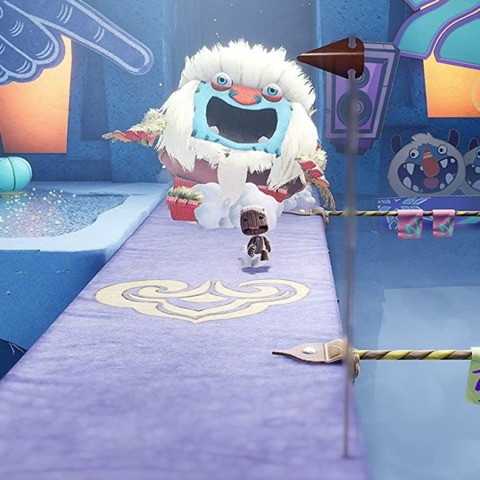 One of the PS5's launch games, Sackboy: A Big Adventure is also an excellent co-op opportunity. The puzzle platformer sends you through some gorgeous, imaginative worlds, filled with fun characters and goofy enemies. The game is challenging without being too tough, making it great for less-experienced players as well as gaming die-hards. Sharing a screen, you can careen through the fun locales of Craftworld and work together to surmount its challenges and find its secrets. Having two players adds just the right amount of chaos to each level, making this a fun way to share in a great game.