Solid Audio At A Great Price

See at Amazon See at Best Buy See at GameStop

A PS5 headset is one of the most important accessories you can purchase after getting a PlayStation 5. Unless you have a ridiculous sound system, a good PS5 headset is likely to improve your audio experience while gaming, whether you play competitive multiplayer games or immersive sims. The PS5 also happens to have some cool sound features that can be properly highlighted by select headsets. We've rounded up the best PS5 headsets, from high-end wireless options to budget-minded picks that still get the job done. With so many headsets to choose from, it's not the easiest choice to make. We hope that our list of the best PS5 headsets will make your decision a bit easier.

One of the PS5's unique features is Sony's proprietary 3D audio technology called Tempest 3D AudioTech. This enhances directional audio, giving you a better idea of where everything is coming from. This is particularly helpful in first-person games and it's also extremely useful in quick-moving games like Returnal. Sony's Pulse 3D headset was designed to work with it, but other headsets you connect to the PS5 utilize it as well, including our favorite PS5 headset: the SteelSeries Arctis 7P+. 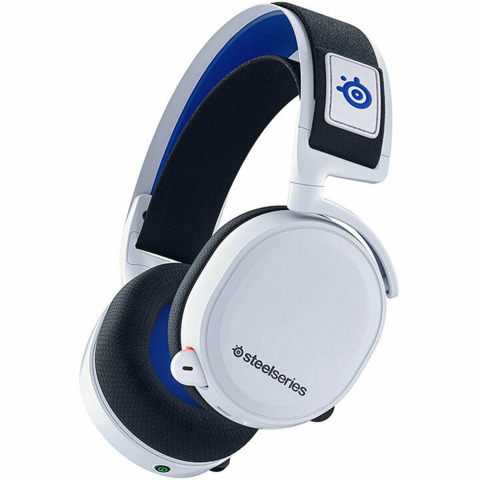 The SteelSeries Arctis 7P+ is a wonderful gaming headset designed specifically with the PS5 in mind. The audio is stellar, and it even boasts the PS5's 3D audio technology. The 7P+ connects wirelessly through a lossless 2.4Ghz USB-C dongle. It can also be used wirelessly with the Nintendo Switch, PS4, and PC. The 7P+ is also the comfiest headset on this list thanks to ultra-soft ear cushions and a great headband design that includes an elastic band for added comfort. The attached stealth microphone has a slide-out compartment that keeps it tucked away when not in use. In addition to being a great all-around headset from a technical perspective, the 7P+ has stylish look that matches the PS5. 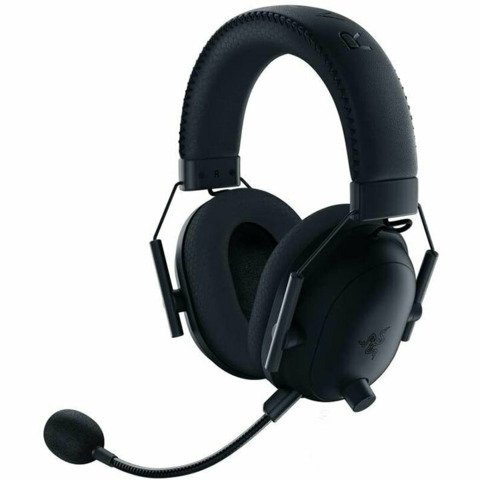 The Razer BlackShark V2 Pro is one of the most comfortable gaming headsets out there, and it delivers excellent audio quality with its wireless connection. It features the same Hyperspeed wireless tech that Razer uses in its keyboards and mice, providing a low latency connection that works like a charm. Paired with the THX Spatial Audio app, it also makes for a great PC gaming headset. It's available in a number of configurations, including two wired versions. While the Razer BlackShark V2 Pro is more expensive than the Pulse 3D headset, it makes up for that in superior audio quality, extreme comfortability, and an excellent microphone. 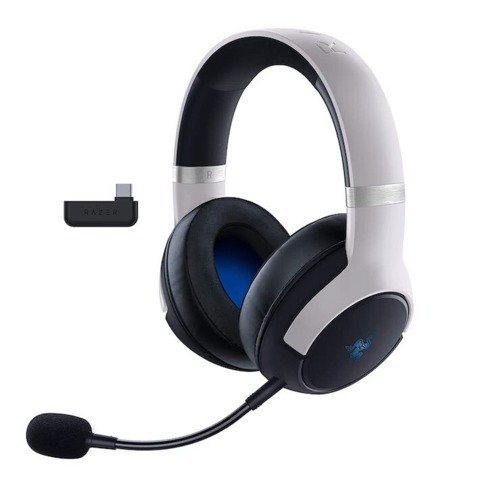 In terms of gaming headsets that make great use of the PS5's features, you can't beat the Razer Kaira Pro. One of the hallmark new features on the PS5 is the haptic feedback from the DualSense controller. The Razer Kaira Pro adapts haptics for your ears via Razer's HyperSense technology. Though it may sound strange at first, the Kaira Pro offers an inventive and immersive experience that stands out. The 50mm drivers produce rich sounds that put the Kaira Pro near the top of the class in terms of audio quality, and the detachable microphone makes voice chat crisp and clear.

The Kaira Pro is a high-end headset that also looks the part thanks to its white and black design that matches the PS5. It's equipped with Chroma RGB lighting effects that can be tinkered with using a mobile app. Another perk of the Kaira Pro is that it connects wirelessly to PS5 via a 2.4GHz USB-C dongle while also boasting Bluetooth. That means you can use the Kaira Pro as headphones for all Bluetooth-enabled devices, making it a versatile pick that is best on PS5 but great all around. 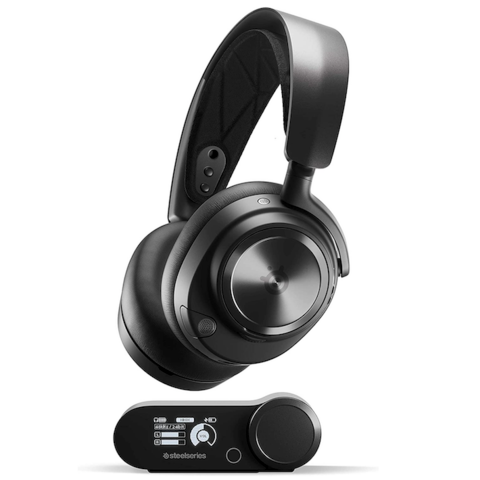 If you're not concerned about price, the SteelSeries Nova Pro is an incredible gaming headset that also doubles as a high-end pair of traditional headphones. The Nova Pro is one of the few wireless headsets that is compatible with both PS5 and Xbox Series X|S. That alone makes it an awesome choice if you have both consoles. There are two versions: one that works wirelessly with PlayStation and PC and one that is compatible with Xbox, PlayStation, and PC (only two devices at once).

The Nova Pro has a sleek design with a clever bidirectional, noise-canceling microphone that slides into the left earcup, which comes in handy when using the Nova Pro has a traditional pair of Bluetooth headphones. The synthetic leather earcups are ultra-soft, making it comfortable to wear for hours on end. An adjustable support band keeps the pressure off your head and allows you to find just the right fit for you. The steel headband provides a secure fit while also giving you peace of mind that the headset is built to last.

If you also game on PC, you can take advantage of SteelSeries' Sonar app, which lets you set up custom audio profiles for specific games as well as tell the headset to focus on particular audio cues. You can also use Sonar to block out specific noises such as the sound of someone typing on a keyboard.

The SteelSeries Nova Pro is the best wireless headset for not just PS5 but Xbox and PC, too. So if you're looking for universal support, the Nova Pro is a pricey but wonderful option. It also comes in a wired version that has even better audio quality on PC, though we'd only recommend it for those who game at their desk.

Solid Audio At A Great Price 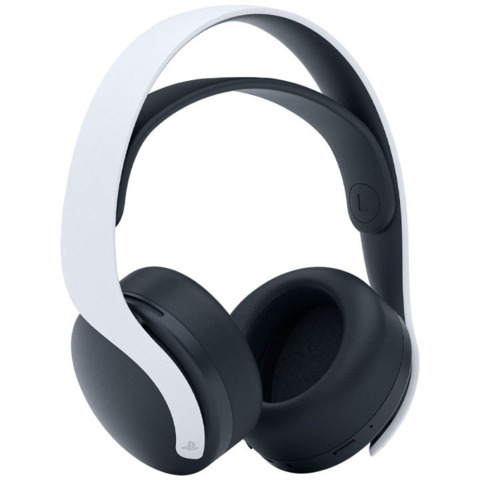 The Pulse 3D headset is Sony's official gaming headset for the PS5, and while its plastic frame makes it look and feel somewhat flimsy, it's actually a great budget option. Its audio quality is quite good, pushed even further with Sony's 3D audio technology. Its sleek design also means you won't have a big mic boom in front of your face when chatting with friends. However, those with larger ears may not find the Pulse to be the most comfortable headset. If you want to learn more, check out our Pulse 3D headset review. 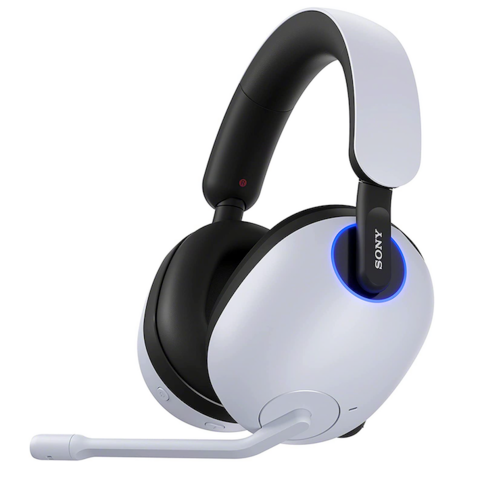 Sony's recently released Inzone headphones have the same great PS5 audio features as the Pulse, but they come in three different models and are ideal for those who game on PC and PS5. While pricey at $300, the Inzone H9 has the same soft-fit leatherette used in Sony's WH-1000X headphones lineup, which make them incredibly comfortable. The H9 is certainly the best of the bunch if you're looking for a wireless headset, because the $230 H7 has a lower-end fabric on the earcups and lacks noise-canceling tech. Both the H9 and H7 offer 2.4GHz wireless and Bluetooth connections.

Meanwhile, the wired H3 comes in at the same price as the Pulse. If you're primarily a PS5 gamer, we'd recommend the Pulse over the Inzone line. However, if you play a lot on PC, any of the Inzone headsets are great picks. They utilize Sony's 360 Spatial Sound to produce audio designed specifically for your ear shape. It works quite well, but this feature is only available for PC. You also gain robust control over your audio experience on PC with the Inzone hub app.

So, who would we recommend these headsets to? PC gamers who also play PS5 would be happy with Inzone. We'd recommend checking out Sony's 350 Spatial Sound before buying the pricey Inzone H9. That said, if you dig it, then the H9 might be a good pick for you over the SteelSeries Nova Pro. PS5 owners who game a lot on PC and don't mind a wired connection can't go wrong with the Inzone H3. 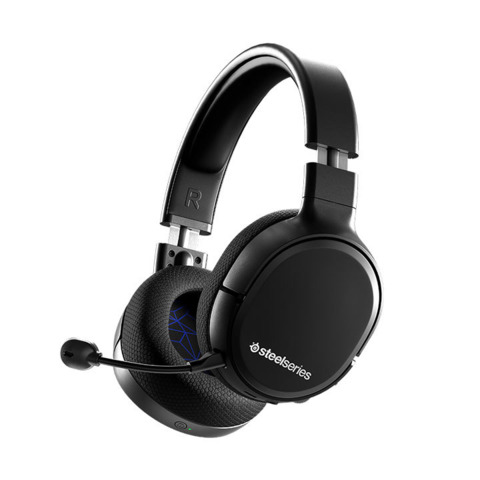 The SteelSeries Arctis Prime is an excellent budget option that will work with all of your devices, including the PS5. The Arctis Prime is a wired headset with superb ergonomics, a sturdy lightweight design, and great audio for the price. If you don't mind a wired connection, the Arctis Prime is unlikely to disappoint. 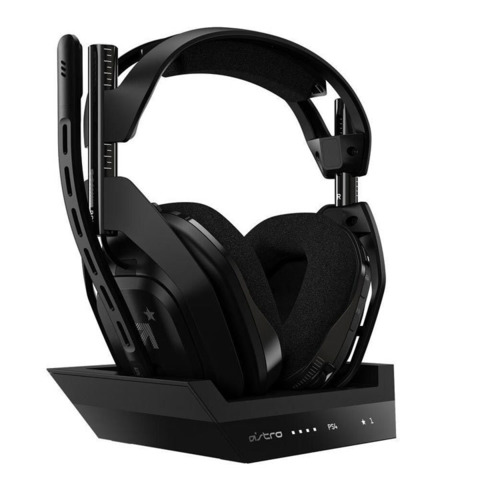 Astro's A50 wireless headset is one of the best high-end options confirmed to work with the PS5. It's an exceptionally comfortable headset and comes with a charging dock that you can easily drop the headset into between sessions. It connects to the PS5 via USB, but if you want to use the included MixAmp then you'll need the Astro HDMI adapter. Connecting the dock to a PC also lets you customize and save EQ profiles for use with PlayStation consoles. It also has a battery life of up to 10 hours, which makes it great for those day-long sessions. 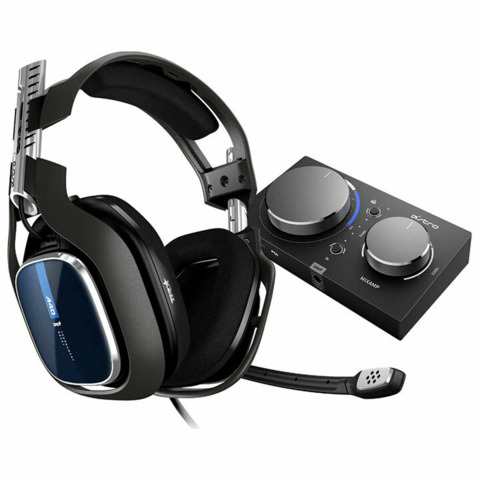 If you want a cheaper, wired option, then the Astro A40 is a great choice. It boasts a similar audio quality to the A50 while featuring a detachable microphone, lighter frame, and a wired connection--no charge required. It connects via the DualSense's 3.5mm port and supports both game audio and voice chat. If you want to use the MixAmp Pro TR that comes with some models, you'll need the Astro HDMI adapter, which released in October for $40. Both are suitable options for the PS5; it's really just a matter of whether you prefer a wired or wireless headset. 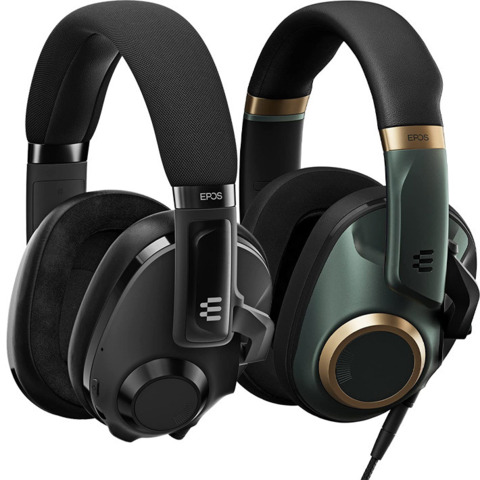 EPOS isn't as well known of a brand has some other manufacturers on this list, but chances are you recognize the name Sennheiser, the audio giant behind the EPOS gaming headset brand. The EPOS H3 Hybrid features audio mixing with simultaneous bluetooth that allows you to play games while easily chatting with a friend, two individual microphones, and integrated volume control. With the EPOS H6Pro, that stylish headset has a closed acoustic design to seal you off from the world, a detachable microphone, and is compatible with all major platforms. 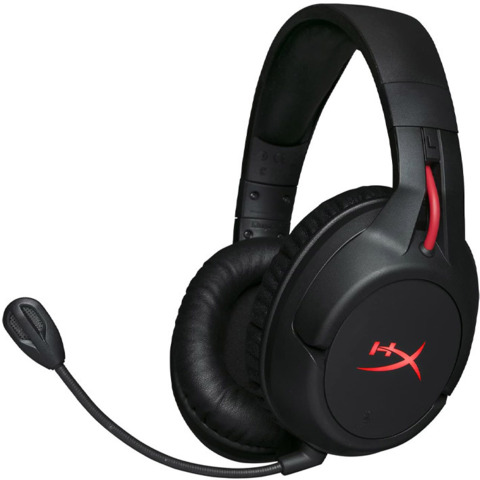 Available now at a reduced price, the HyperX Cloud Flight's main selling point is a battery life that can last up to 30 hours, a durable design, and LED lighting effects that you can customize on the ear cups. Compatible with PC and PlayStation, it also comes with a detachable microphone that has noise-canceling features built into it. 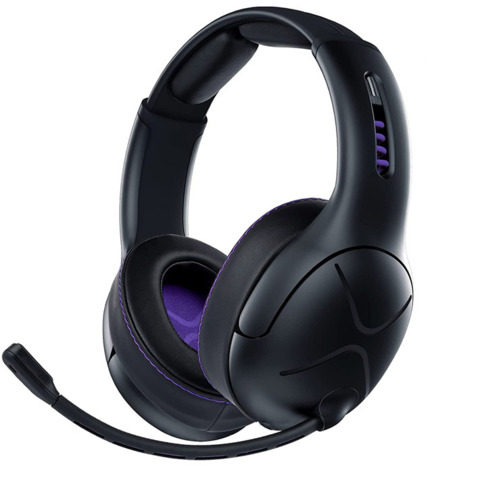 For anyone looking to inject some serious sound into their ears, the Victrix Gambit features fine-tuned hardware that's designed to take advantage of the PlayStation 5's 3D Audio features, an ultra-lightweight design, and profiles designed to make popular games such as Fortnite and Call of Duty sound more immersive.