Hulu's line-up of streaming movies is impressive. Here's what to watch in May 2021.

Looking for the best movies to watch on Hulu right now? We've got you covered. Here are our top picks for Hulu movies available to stream this month, from Academy Award-winning newcomers to old-school favorites.

The streaming service landscape has never been more crowded or competitive, and while that's a very lucky thing for those of us still dependent on watching our favorite movies at home instead of the theater, it can also get a little overwhelming. There are simply too many to choose from, even after you've selected which services you'd like to subscribe to. So, in an effort to help you spend less time scrolling through apps and more time actually working through the movies themselves, we've curated a list of 21 films currently streaming on Hulu for you to watch right now.

All of these movies are included with the basic Hulu subscription, which starts at just $6 a month. You can check out our full breakdown of Hulu plans and pricing for 2021 (including the Disney Plus bundle with Hulu) for more details if you're considering signing up. There's also a 30-day free trial if you just want to try it out or watch a specific movie. 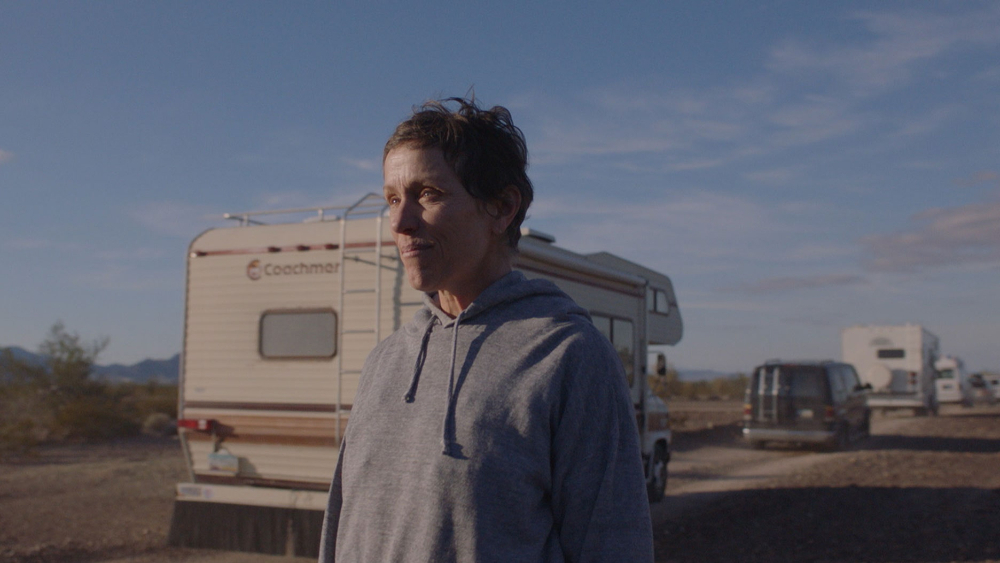 Director Chloe Zhao's Nomadland has proven to be one of the year's most buzz-worthy films. After securing wins for best drama and best director at the Golden Globes, Nomadland also earned six Oscar nominations, of which it took home wins for Best Director, Best Picture, and Best Actress. Don't miss this one.

Sorry to Bother You 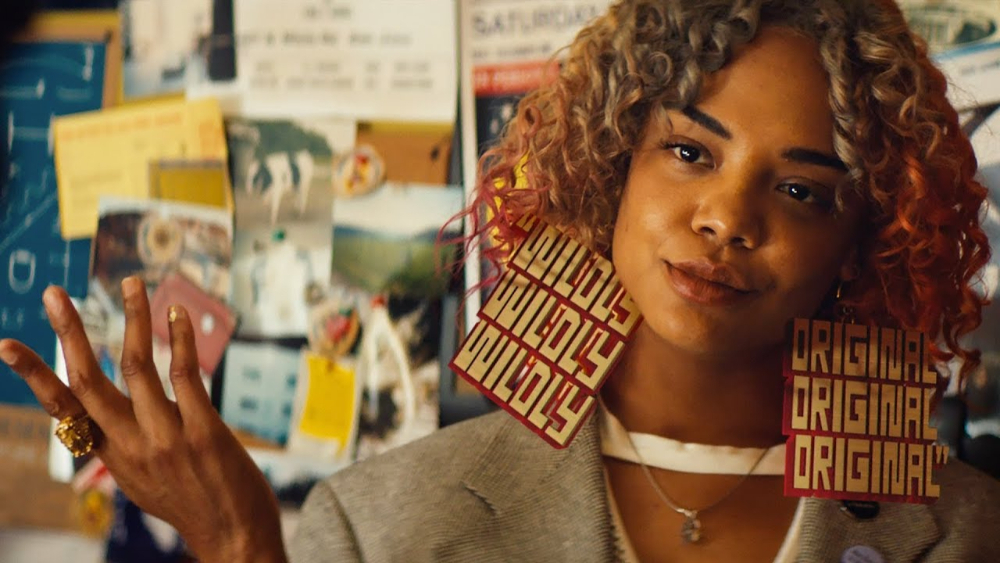 Whatever you think this movie is about, we promise, you're wrong. It's best to go in with an open mind and as little information as possible, so if you haven't already been spoiled about this surrealist dark comedy starring Lakeith Stanfield and Tessa Thompson, just drop everything and head to Hulu right now.

Watch Sorry To Bother You on Hulu 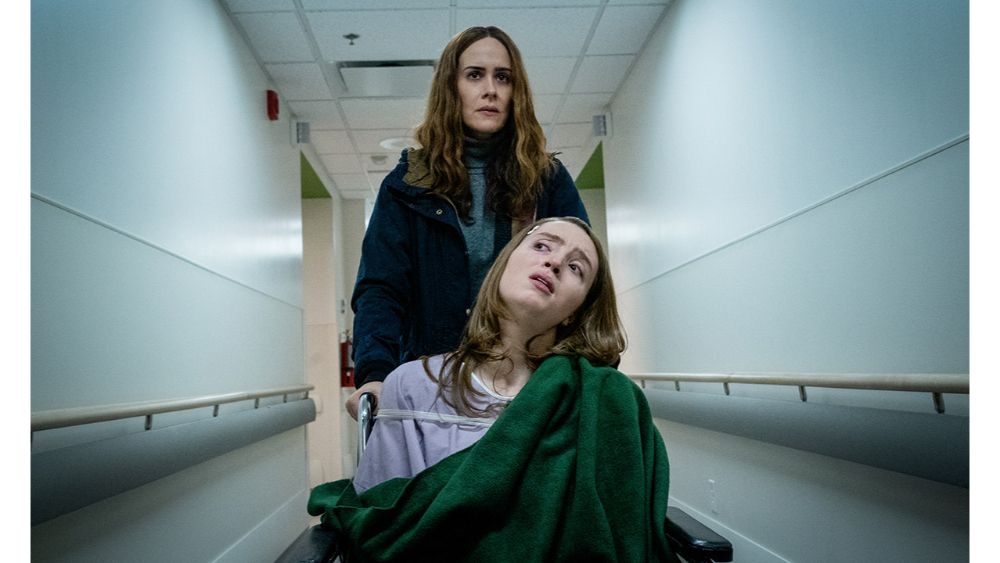 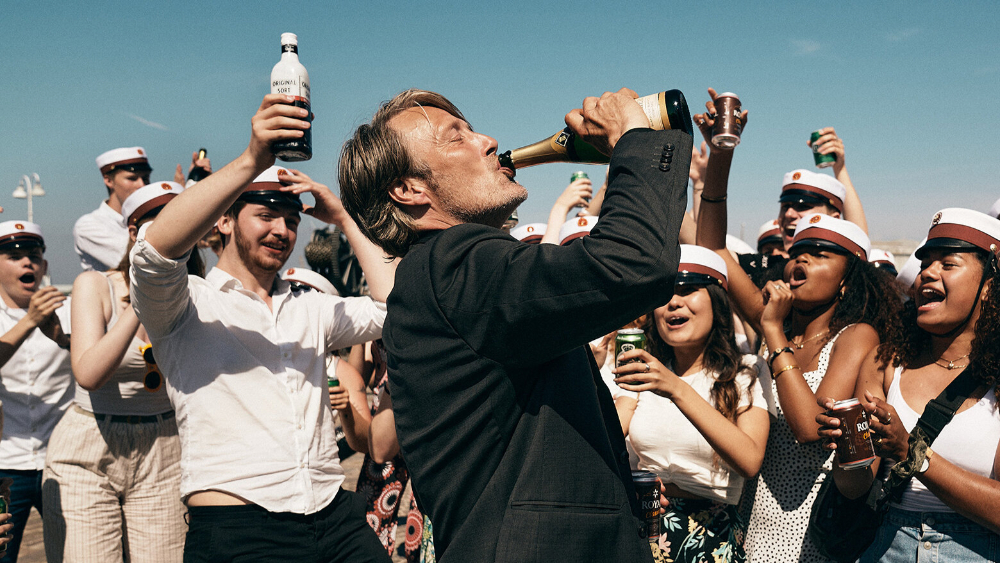 Another Round, or Druk in its original Danish, took home the Oscar for Best International Feature Film this year, and it stars Mads Mikkelson if prestige alone doesn't sell you. A funny, sometimes dark, dramedy about--you guessed it--alcohol, Another Round blends humor with a dark look at the realities of a lifestyle that catches up with you.

Watch Another Round on Hulu 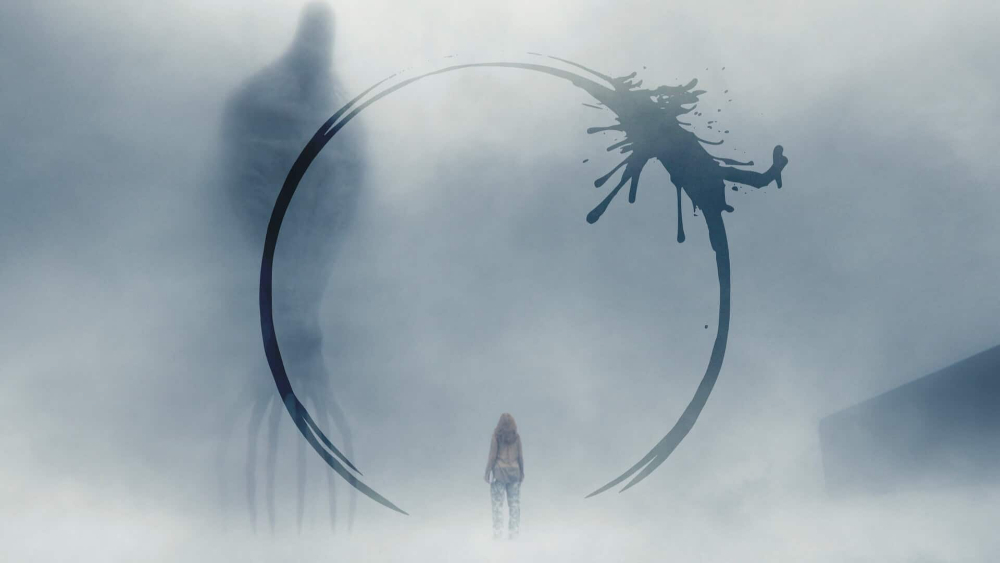 Mind-bending alien invasion film Arrival is as much about the passage of time and the concept of human language as it is the giant, ominous spaceships that suddenly and inexplicably land at different points around Earth. Amy Adams stars in this thoughtful drama that will definitely keep you guessing. 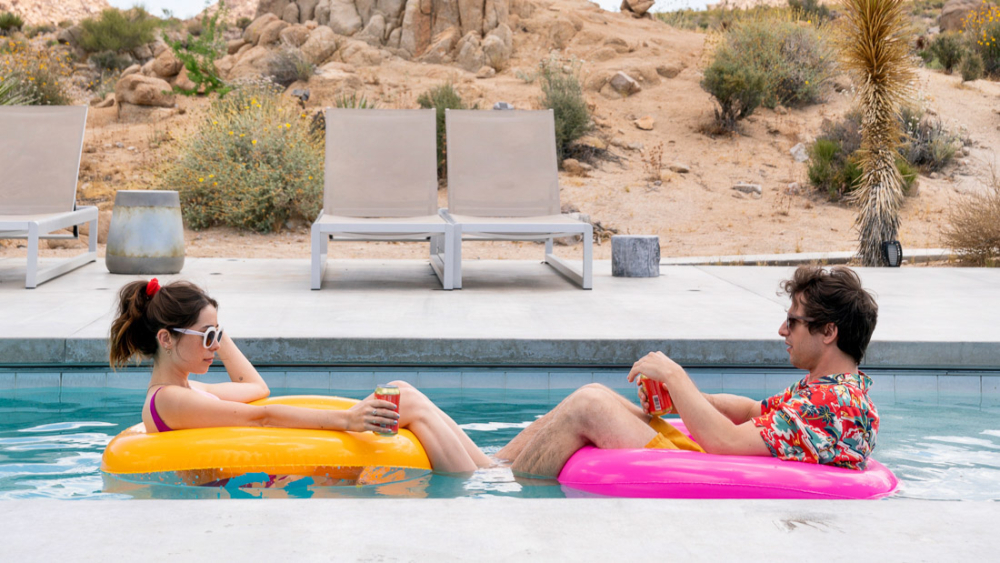 While Andy Samberg and the Lonely Island may be more well known for their bombastic comedies like Popstar: Never Stop Never Stopping, Palm Springs proved that they have far more than one trick up their sleeves. A time-loop comedy about a wedding party from hell, Palm Springs first earned acclaim at Sundance, and is now available to stream any time. 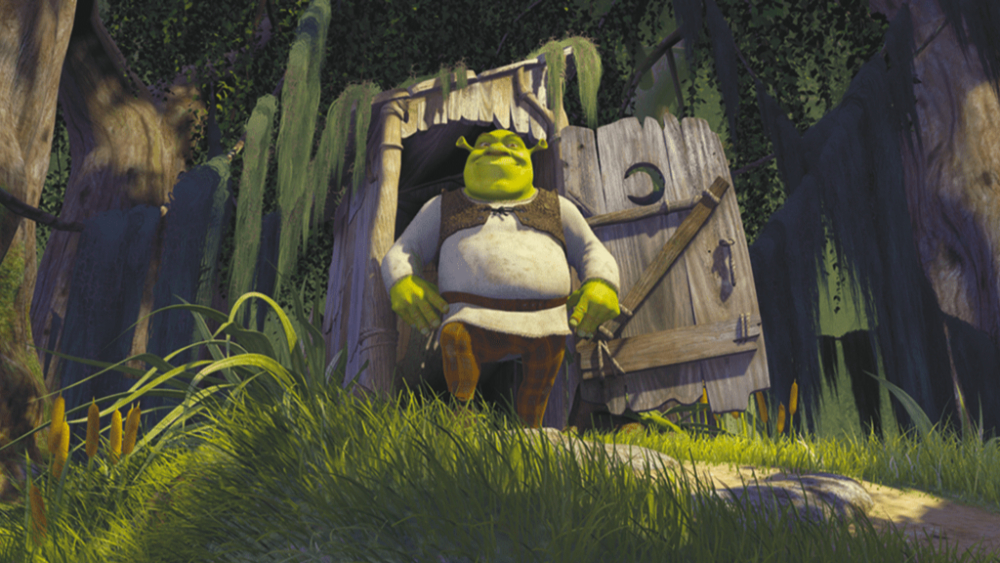 Oh, come on. Who doesn't love Shrek? The early '00s animated comedy has earned its place in the pantheon of timeless internet memes over the years--and for good reason. Not only is it completely absurd, the jokes still hold up today. 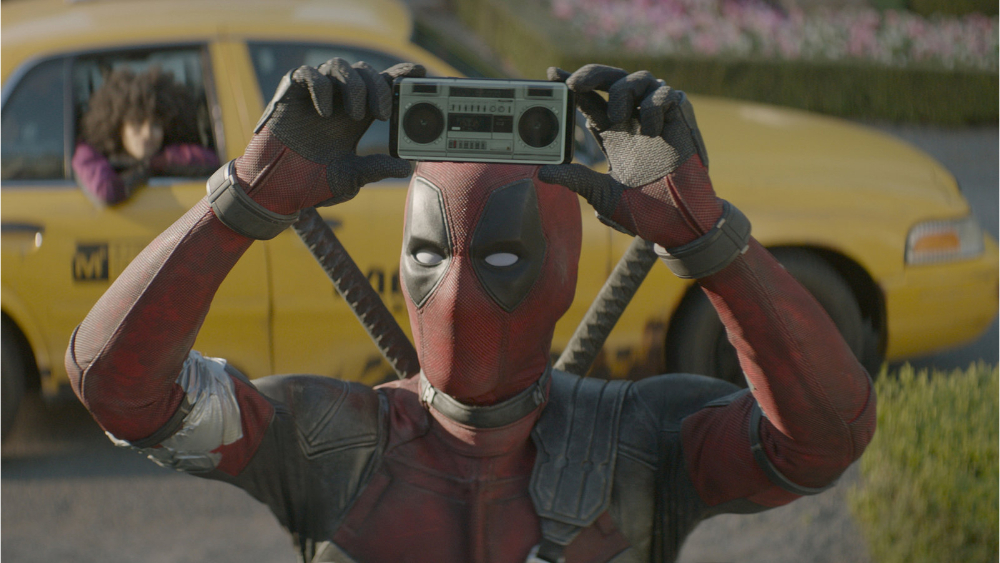 Famously raunchy, fourth wall-breaking Marvel hero Deadpool first blew the doors of the R-rated superhero sub-genre back in 2016, then returned for a sequel in 2018. Both are available on Hulu, but both Cable and Domino are in Deadpool 2 so make your choices accordingly. 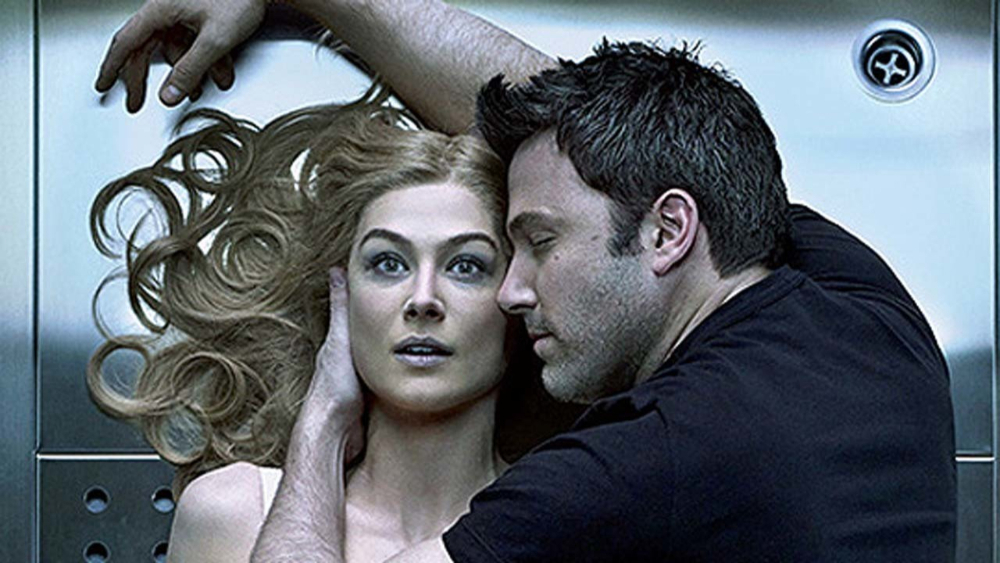 Crime thriller Gone Girl was based on the novel of the same name by Gillian Flynn and starred Ben Affleck and Rosamund Pike doing some of their best work as unhappy couple Nick and Amy Dunn. Gone Girl is sleek and stylish, and will keep you on the edge of your seat until the very end. 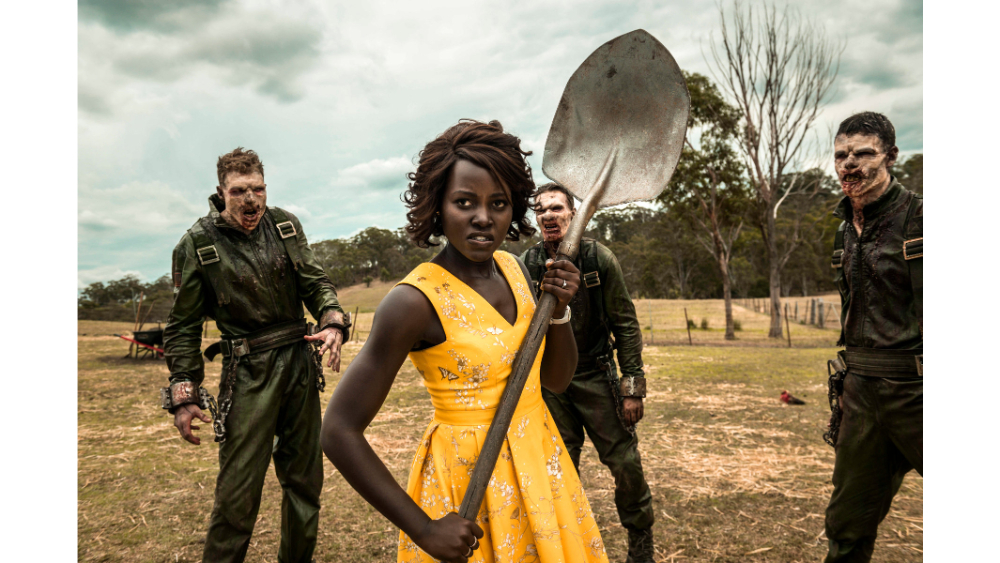 Genre-bending zombie rom-com Little Monsters stars Lupita Nyong'o as a kindergarten teacher thrust into the middle of a zombie apocalypse during a field trip. It's as charming as it is horrific. 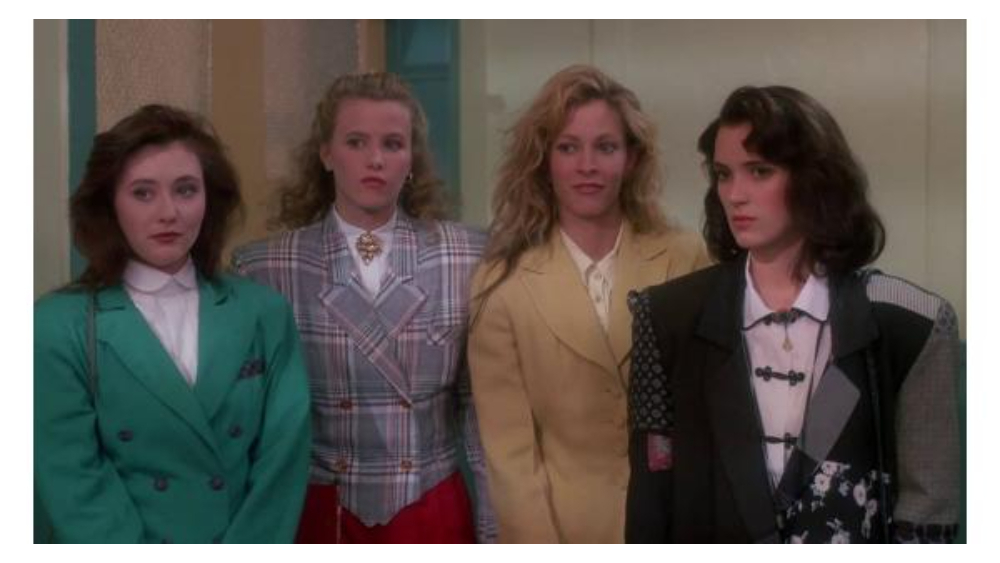 This '80s classic stars a young Christian Slater and Winona Ryder as disaffected high school students trying to break their mundane routine full of cliques and popular kids in some pretty explosive ways. The comedy is pitch black and the performances are iconic. 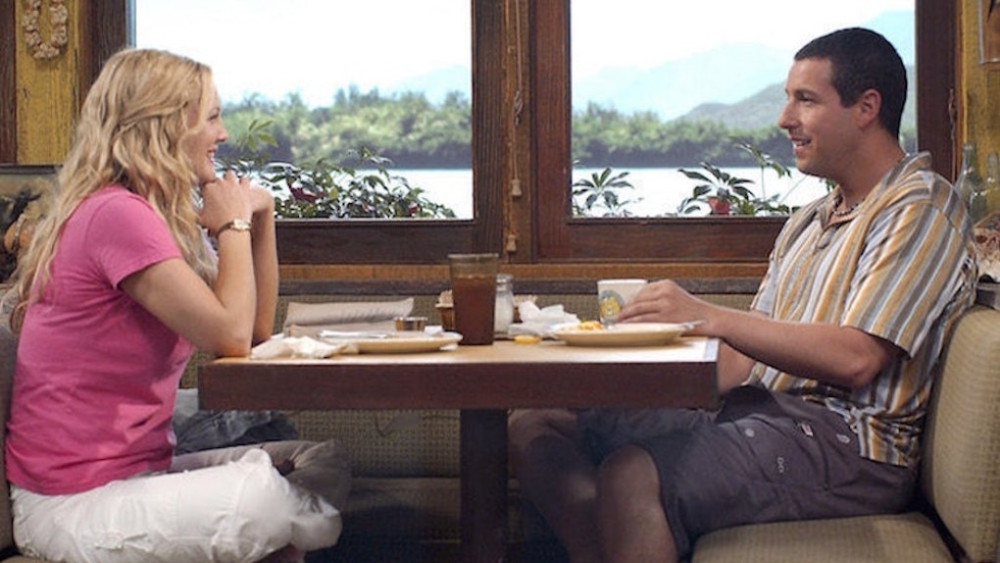 Adam Sandler and Drew Barrymore star in this early '00s cult classic rom-com about an amnesiac woman whose memory resets back to her birthday every time she goes to sleep. It's full of typical romantic comedy camp but also has some surprisingly heart-felt moments. 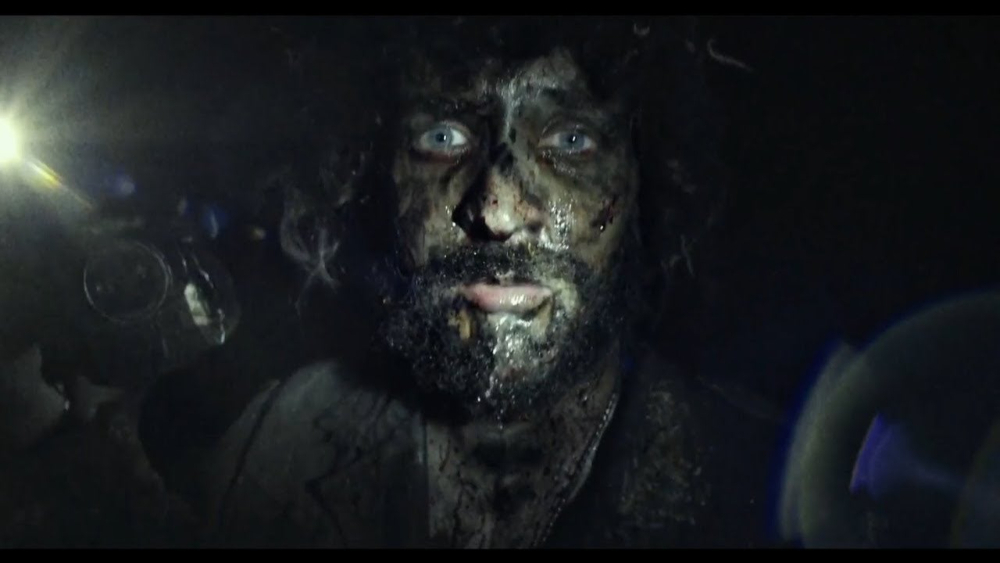 The surprise third entry into the Blair Witch franchise was originally titled The Woods before its Comic-Con 2016 panel. It technically ignores the events of Blair Witch 2: Book Of Shadows and picks up where the first Blair Witch movie left off, with the investigation of Heather Donahue's disappearance. 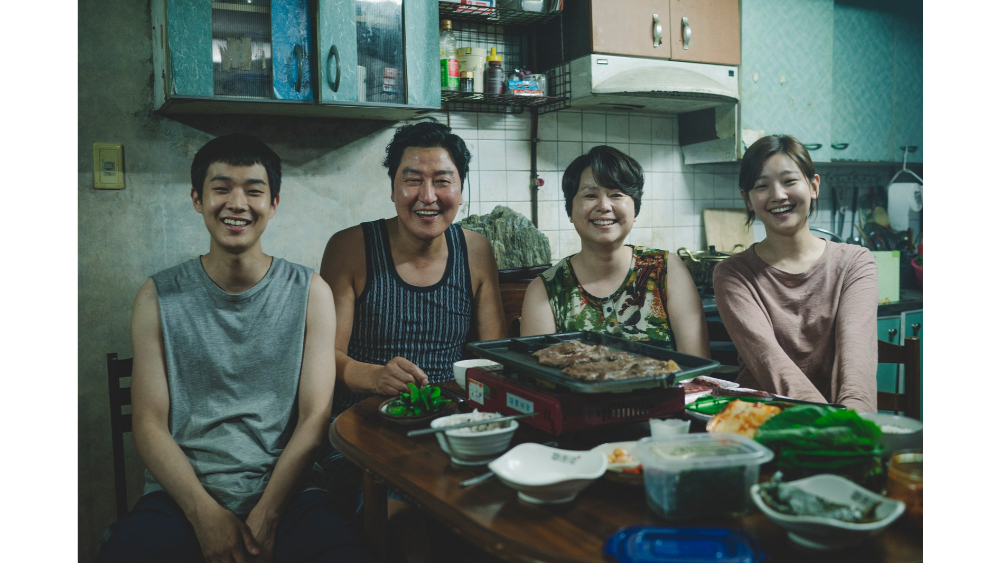 The Hunt for the Wilderpeople 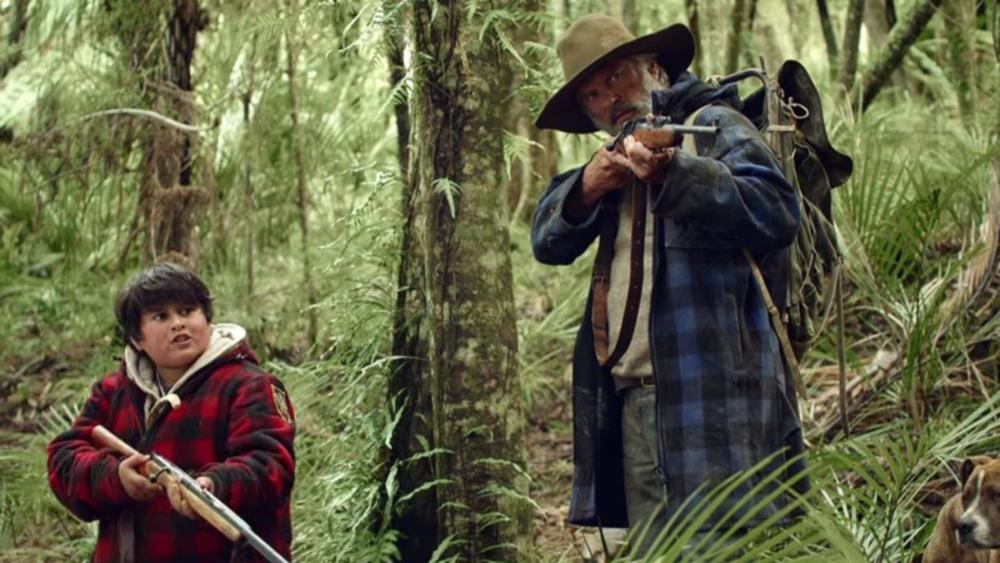 Director Taika Waititi's Hunt for the Wilderpeople may not be as widely known as his franchise projects like Thor: Ragnarok or What We Do In The Shadows, but it's still worth your time. A heartfelt comedy-drama, it's just as likely to make you laugh as it is to make you cry.

Watch The Hunt for the Wilderpeople on Hulu

The Shape of Water 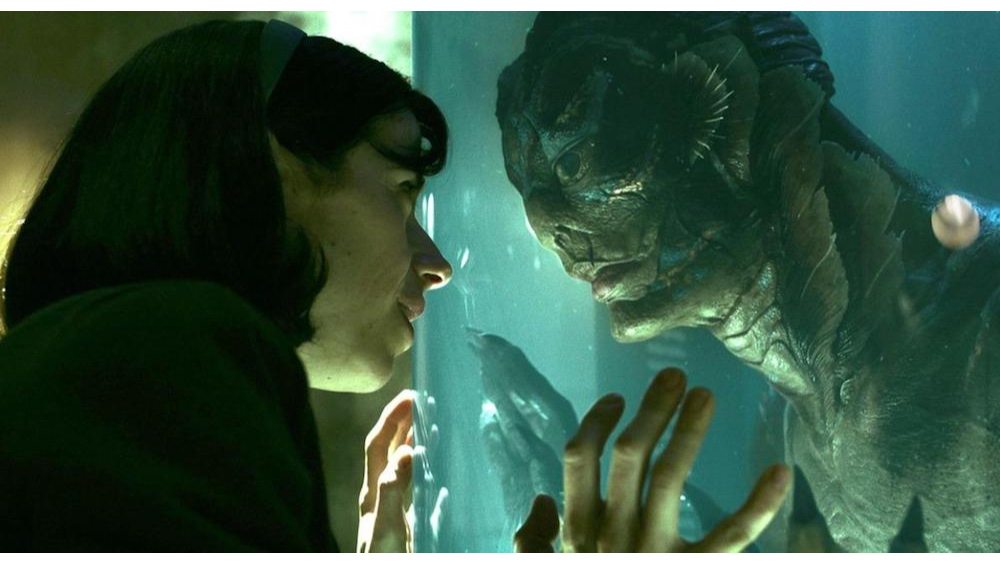 Guillermo del Toro's dark fantasy romance The Shape of Water tells the story of a deaf woman who accidentally meets and subsequently falls in love with a tortured river creature held prisoner by a shady experimental organization. It blends cold war era paranoia and spy thriller elements with fairy tale logic for a sweet, surreal, and occasionally horrific experience.

Watch The Shape of Water on Hulu 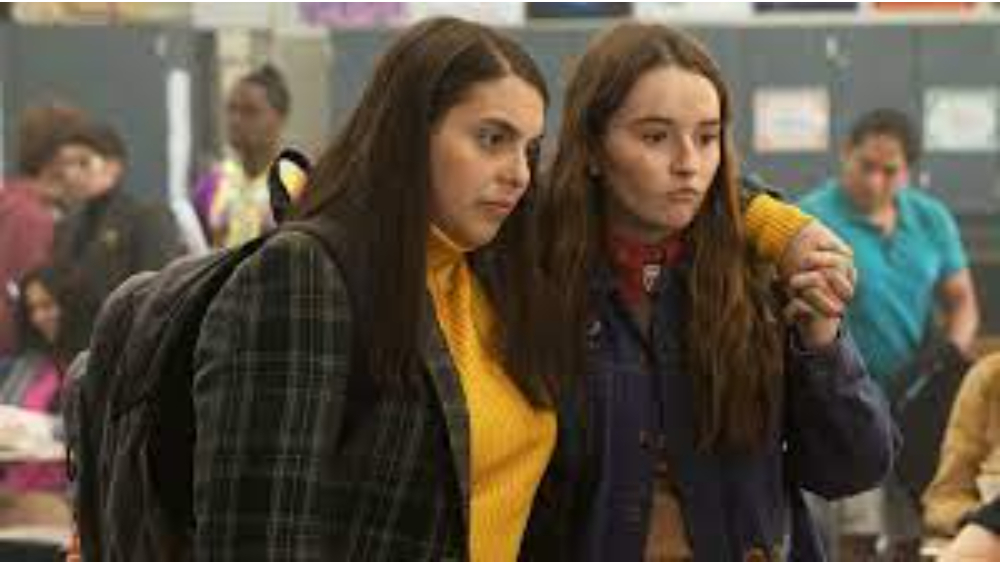 Hilarious coming-of-age comedy Booksmart is the story of two nerdy teenage girls trying to shed their "pretentious" personas as they graduate high school and experiencing results that are mixed at best. 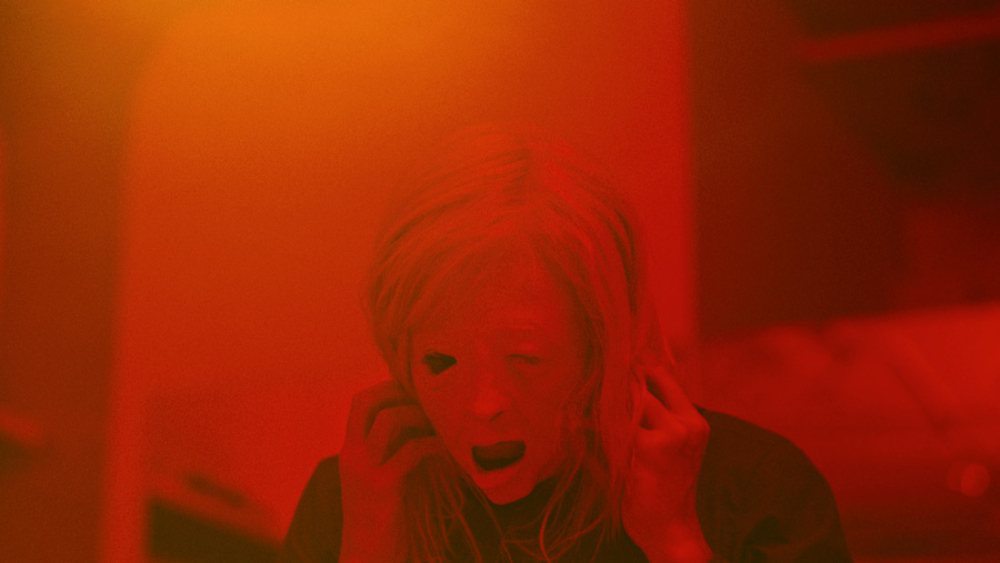 Written and directed by Brandon Cronenberg, the son of horror legend David Cronenberg, Possessor is a psychological nightmare about an assassin who takes over strangers' bodies to perform hits. Yes, it's just as horrific and trippy as it sounds. 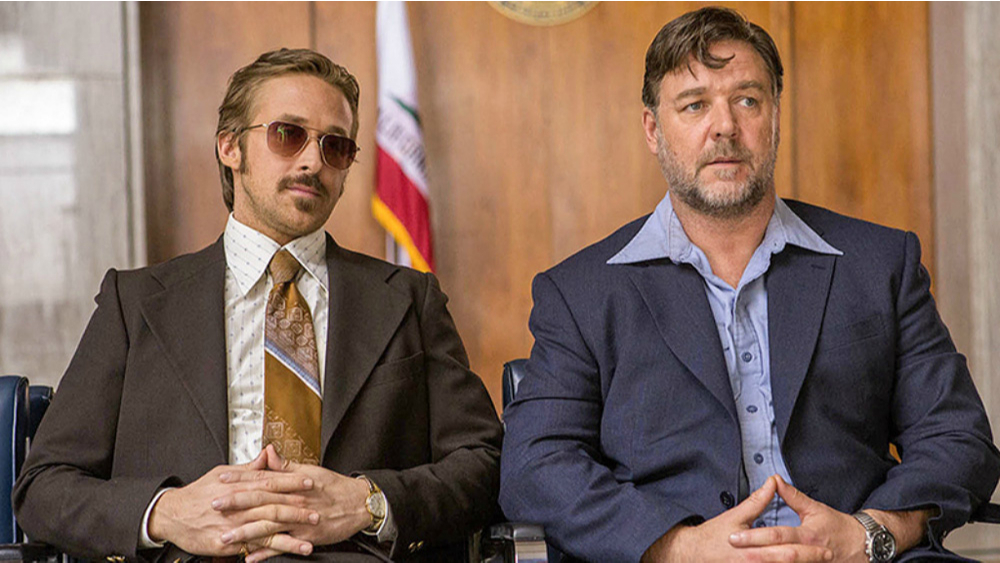 Set in the 1970s and starring Ryan Gosling and Russel Crowe, The Nice Guys is a detective story unlike any you've seen. Shane Black's over the top style takes this neo-noir action comedy from good to great.

Watch The Nice Guys on Hulu 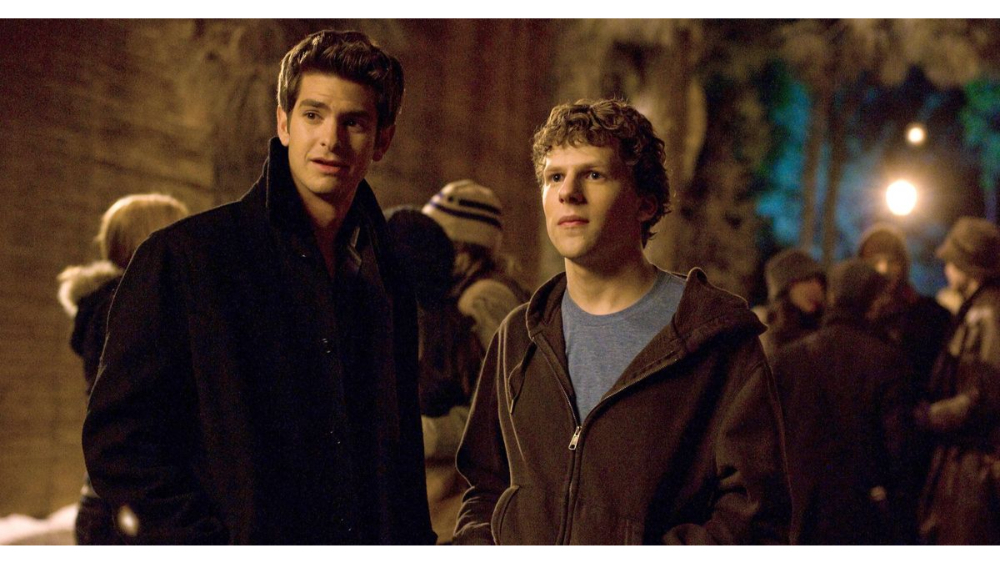 On paper, a movie about Facebook sounds tedious at best, but with David Fincher's sharp direction and the talents of stars Jesse Eisenberg and Andrew Garfield, The Social Network became one of the biggest dramas of 2010--and it still holds up today.

Watch The Social Network on Hulu

Portrait of a Lady on Fire 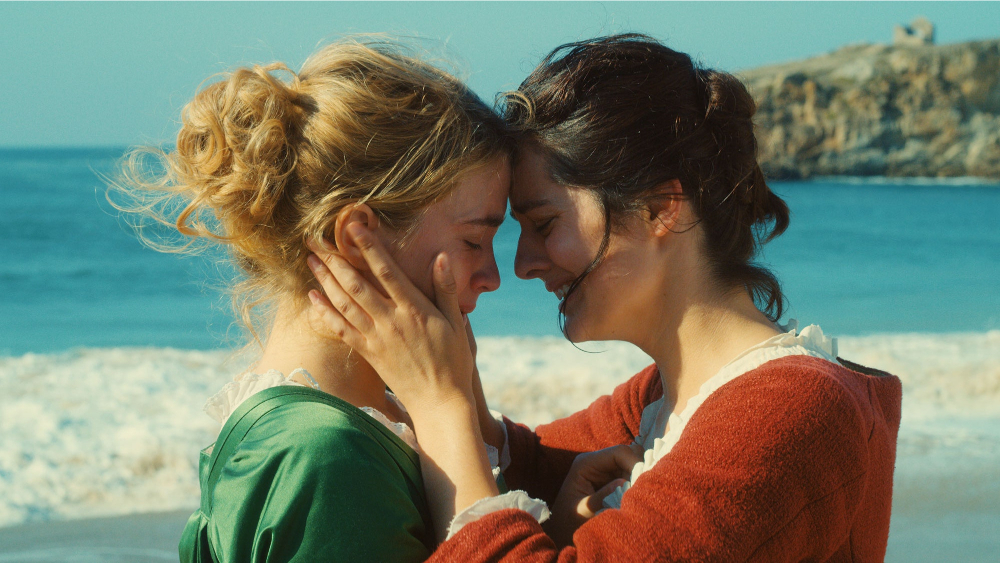 This period romance tells the story of an 18th century painter who falls in love with her subject--who just so happens to be engaged to a nobleman. Yes, it will probably make you cry, but it's worth it.

Watch Portrait of a Lady on Fire on Hulu
Watch live streams, videos, and more from GameSpot’s summer event. Check it out