Though an increasing number of TVs have smart functionality with streaming platforms built in, there are still plenty of people using TVs with minimal or no online features. If you don't have a smart TV, you'll need a media streaming device to access streaming services such as Netflix, Hulu, Disney+, and HBO Max directly on your TV. Luckily, there are a bunch of great options when it comes to streaming devices. We've rounded up the best streaming devices available today, from the Fire TV Stick to Roku Streaming Stick+.

Roku and Amazon's Fire TV devices dominate the conversation when it comes to choosing the best streaming device, and you'll see that reflected to some extent in our list. But Apple TV has also come a long way in recent years, so it's not as clear-cut as grabbing the cheapest streaming box you can find and calling it a day. Some streaming devices offer 4K video, provided you have a 4K TV and services that support UHD resolutions. Other devices simplify your entertainment setup and feature excellent voice remote options. And depending on whether you're looking for something to use at home or if you want easy access to your favorite streaming service while traveling, your choice for the best streaming device might change. 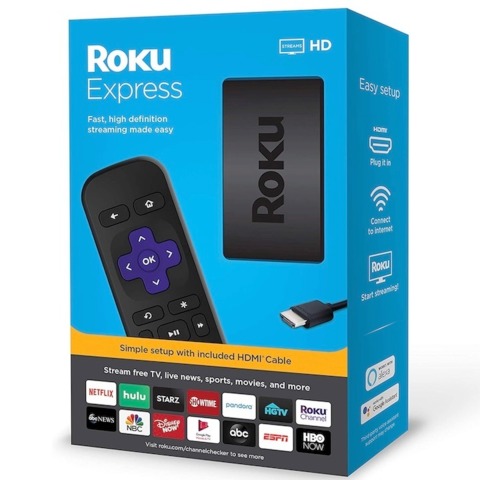 For a quick and easy way to convert your TV into a streaming machine, it doesn't get any better than the budget-friendly Roku Express HD. Roku is one of the two most popular streaming brands for good reason. The interface is clean and intuitive while offering support for the vast majority of popular streaming apps, including Netflix, Hulu, Disney+, HBO Max, Youtube, Amazon Prime Video, and most major networks.

The device itself is a small box that plugs into your TV via the included HDMI cable, and the remote control offers convenient access to Netflix, Hulu, Disney+, and Sling with shortcut buttons. With the Roku streaming app on mobile, you can navigate the Roku device menu using your smartphone as well as take advantage of voice command support and private audio.

The Express HD is limited to 1080p streaming, though, so if you have a 4K HD TV or want HDR support, you might want to snag one of the more expensive devices on this list. That said, the Express HD is a fantastic introductory streaming device that will likely satisfy most users, since it's the cheapest Roku TV product you can buy to launch your favorite app on your TV.

Bottom line: Roku Express HD is a solid budget streaming device with a clean interface and great remote control, but it only supports 1080p resolution. 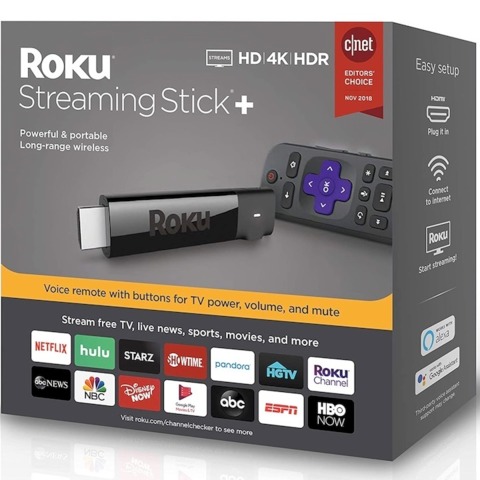 The best Roku streaming device you can buy for the price, the Streaming Stick+ adds 4K and HDR support, allowing you to stream supported apps in the crispest quality available today if you have a 4K TV. If you subscribe to Hulu, Disney+, or Prime Video, certain shows and movies support 4K, while a more expensive subscription is the only way to watch Netflix in 4K.

The Streaming Stick+ costs twice the price of the Express HD, so if you think high definition looks good enough already, it's probably not worth spending the extra cash. But 4K HD streaming is likely to become more prevalent in the coming years, so it wouldn't be a bad idea to future-proof your streaming device, especially if you're considering upgrading to a 4K TV soon.

Rather than having a box, the Streaming Stick+ plugs directly into an HDMI port on your TV. The remote is exactly the same as the Express HD, as is the functionality with the companion app. Essentially, the only difference between the two is resolution support and the shape of the device. The Roku Ultra also offers 4K streaming but at double the price. The main difference is the Ultra is fitted with an ethernet jack for wired connections, but unless you're worried about your wireless connection's stability, the Streaming Stick+ is the better bet.

Bottom line: For 4K and HDR streaming without breaking the bank, the Streaming Stick+ is the best TV streaming device out there. 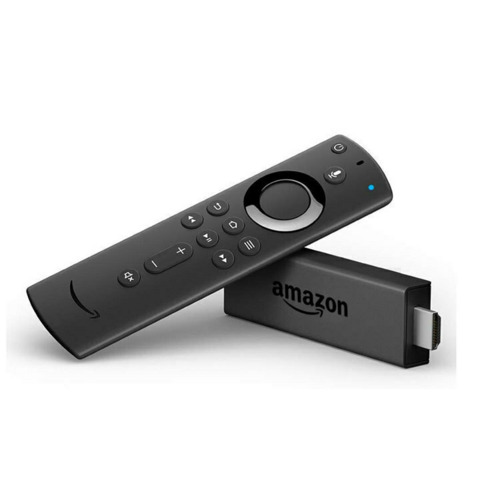 The Amazon Fire TV Stick 4K is extremely similar to the Roku TV devices in terms of functionality. They boast essentially the same library of streaming apps, so the watching experience is virtually identical. Unlike Roku, the Fire Stick 4K does support Twitch, which makes it an ideal choice if you watch streamers often. The Fire TV Stick 4K plugs into the HDMI port on your TV much like the Streaming Stick+, and the Fire Stick is incredibly simple to set up with your Amazon account. And, as its name implies, it supports 4K HDR, if your TV is up for it.

The differences are in the small details. If you prefer voice commands, the Fire TV Stick is the way to go--especially if you already have an Amazon smart home device like the Echo Dot. The Fire Stick has hands-free controls thanks to Alexa voice commands and skills that can be brought up by pressing a button on the remote.

As far as the interface goes, the Fire Stick is fairly easy to use, but it's not as clean from a navigation standpoint as the Roku, which has fewer ads and more focused search results. The included remote doesn't have dedicated streaming app buttons, which isn't a huge deal, but considering the services are so similar, it stands out. It's also worth noting that the Fire Stick 4K is regularly on sale for under its $50 list price.

You can't go wrong with either Roku or the Amazon Fire TV Stick, but unless your house is littered with Amazon products and you adore Alexa, we'd say Roku's Streaming Stick+ edges the Fire Stick out due to the superior interface.

Bottom line: The Fire Stick 4K offers a robust watching experience that supports a wide variety of apps and 4K content, and it's particularly great if you are a Prime subscriber (which includes access to Amazon video content) or have multiple Alexa devices. 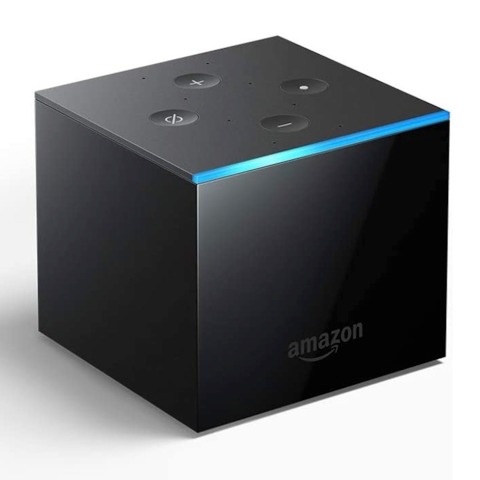 Its capabilities are far-reaching, as it acts more like a traditional smart home device than a streaming device. You can tell Alexa what you want to watch, and the TV will turn on and start playing that show or movie right away. The Fire TV Cube can even adjust smart lights in your home and answer general questions like a normal smart home product; it just has the added benefit of also being a powerful streaming device.

More than just a great centerpiece for your home entertainment setup, the Fire TV Cube offers 4K and HDR streaming and supports Dolby Vision. It can be used wirelessly or with an ethernet cable for added stability. If you're looking for a streaming device that will simplify your home entertainment experience all around is easily compatible with Amazon content, the Fire TV does that wonderfully.

Bottom line: The Fire TV Cube doubles as a smart home device while offering a comprehensive hands-free experience for your entire entertainment setup. 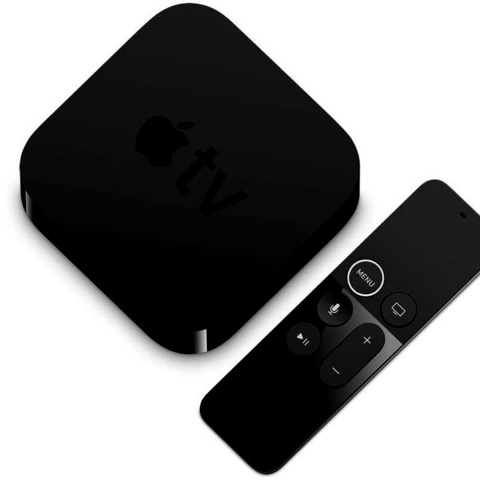 For Apple enthusiasts, there's no better media streaming device option than the Apple TV 4K. While the early days of Apple TV kept options limited and its appeal niche, the latest Apple TV model has everything you could want from a modern streaming device. Apple TV supports all major streaming services, including HBO Max, Netflix, and Hulu.

Apple TV's interface is even better and cleaner than Roku's, offering simple navigation with the included remote or Siri voice commands. With Airplay, you can view your home photos and videos directly on your TV, which is why Apple TV is an ideal choice if you already own an iOS device or two. Your iPhone or iPad can also control playback on your TV.

You can download shows and movies from subscription channels onto the Apple TV device. There are two storage capacities, 32GB for $179 and 64GB for $199. The 32GB is probably enough for most people, as downloading is more of an extra perk than a feature you'll use every day.

Speaking of extra perks, Apple TV also supports the subscription gaming service Apple Arcade, so you can play a wide variety of games on your TV. Game controllers like the DualShock 4 and Xbox One wireless gamepad can be connected to Apple TV via Bluetooth. You'll also get a one-year subscription to Apple TV+ ($60 value). Though there is an HD version of Apple TV, it only costs $30 less than the 4K model, which feels a bit too pricey. If you're going spend this much on a streaming device, the 4K model is the way to go.