The official PlayStation 5 charging station isn't the only DualSense charger worth picking up.

The DualSense is a great PS5 controller, but it doesn't have the best battery life. While the DualSense is a big step forward from the DualShock 4 in terms of battery life, it's still not on par with Xbox or Switch controllers. To keep yourself in the game always, you may want to pick up a DualSense charging station, so you can easily charge your controllers between sessions. Since you get up to 12 hours of battery life with the DualSense on a full charge, you likely won't have any issues as long as you dock your controllers each time when you're done playing. We've rounded up the best DualSense charging stations. All of these PS5 controller chargers are reasonably priced--some are even available for under $10.

DualSense charging stations also have another handy use case--they double as controller stands; so you'll naturally be inclined to place your controllers in the cradle when you're done playing. If you're having some marathon gaming sessions (Elden Ring, anyone?), avoiding the dreaded battery drain can sometimes be impossible. Since the included USB-C cable isn't lengthy enough to be practical for most setups, you may also want to invest in a longer cord such as this 16-foot cable that's compatible with DualSense and Xbox Series X|S controllers.

For more PS5 suggestions, check out our roundups of the best PS5 controllers and best PS5 accessories. If you're looking for some games to play, we have a list of the best PS5 games so far. 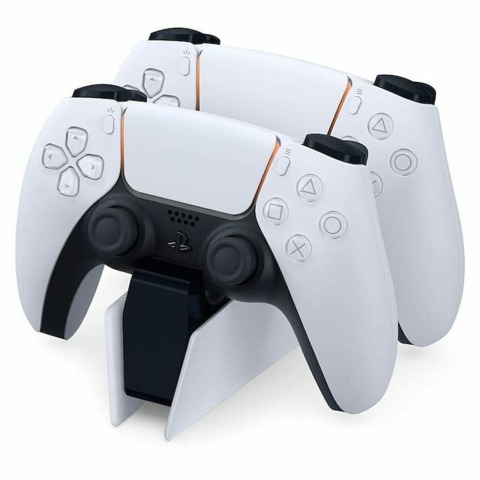 It's always preferred to go with the official option when possible for products like charging stations, so it's no surprise that PlayStation's DualSense Charging Station is our top pick here. This charging station matches the white DualSense controller and console while doubling as a dock to hold your controllers. It charges two controllers at once and fully charges both controllers in roughly three hours--the same amount of time it takes to charge via the USB port on the PS5. The controllers slide into place and light up to indicate that they are charging. PlayStation's DualSense Charging Station tends to go in and out of stock, but you can pick one up for $30 at GameStop right now. 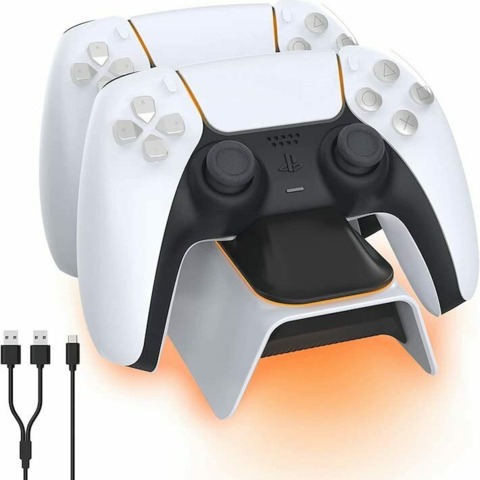 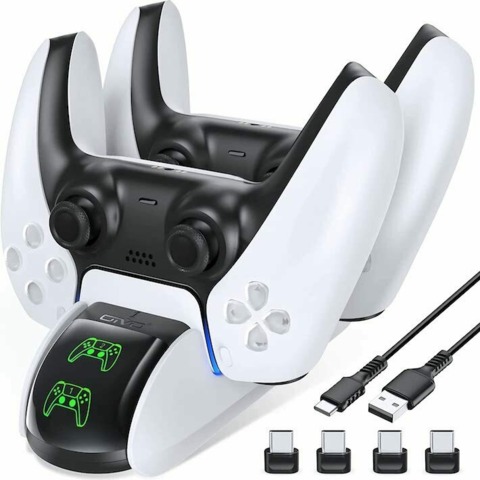 Oivo's DualSense Charging Station is a bargain at just $8, and it has a 4.6/5 user rating average out of nearly 2,000 reviews on Amazon. This kit comes with USB-C dongles that need to be plugged into the controller in order to dock. You get four of them, so if one breaks, you'll have extras to use. Oivo's charging station has LED indicators that flash when charging and a switch to turn the station off. For the price, it's a nice option, especially if you're in need of multiple stations. That said, it will only charge the controllers to 70% battery capacity because of the DualSense's protection technology. 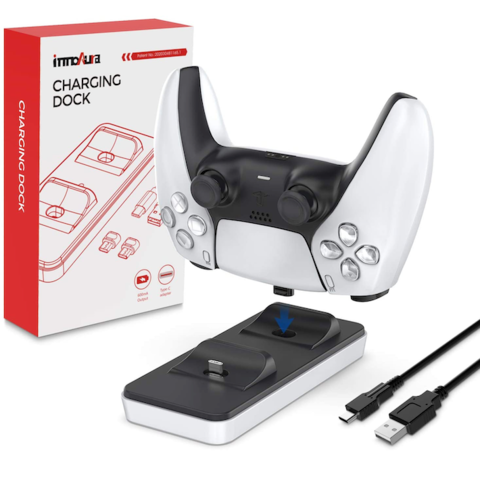 InnoAura's DualSense Charging Station is an ideal option for those who travel a lot due to its compact size. It's simply a thin little dock that supports simultaneous charging of two controllers. Like the Oivo option, InnoAura's DualSense Charging Station is enticing because of its low price (just $7), making it solid choice for those looking for multiple docks or one to keep in a travel bag. 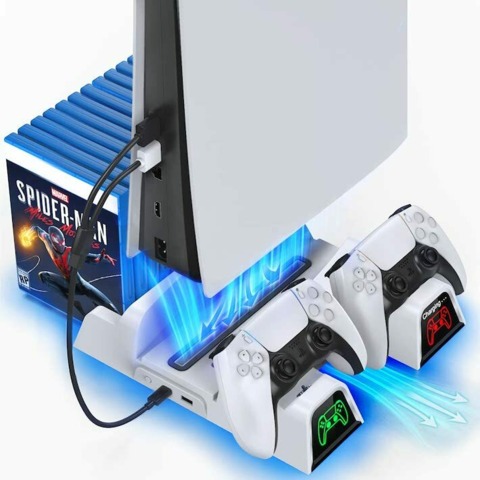 While the main selling point of this option may be the PS5 stand with a built-in cooling fan, the kit also has a charging station for two controllers. This station is capable of fully charging two controllers in around 2.5 hours. It also has a game rack on the back that stores 12 PS5 game cases. If you like having your PS5 set up vertically, Oivo's all-in-one stand and charging station is an excellent option that features everything you need in one place, reducing clutter. Though it has a $60 list price, you can grab it for nearly 50% off at Amazon.