From Frozen and Toy Story to Mickey Mouse and more, here are the best Disney gifts for fans this holiday season.

Disney has become the biggest name in pop culture over the last decade, growing its entertainment portfolio with Marvel, Star Wars, and 21st Century Fox. A brand that reigns supreme at the box office and takes a large slice of the audience viewership pie in the current era of streaming content, Disney's original and classic content hasn't been forgotten in this new age of content. The company's mascot Mickey Mouse is still a main event player in various forms of entertainment, and with the company celebrating the 50th anniversary of its first iconic theme park opening, we've rounded up the best Disney gift ideas for 2021.

The focus here is on original Disney and Pixar properties, but if you're looking for features on merchandise related to its other media acquisitions, we also have separate gift guides dedicated to Marvel and Star Wars as well as a bunch more in our 2021 gift guide hub. 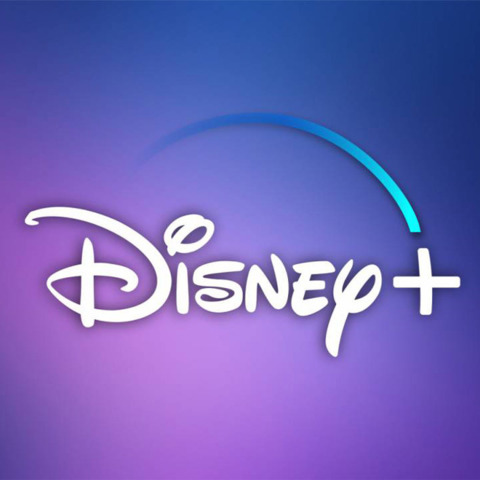 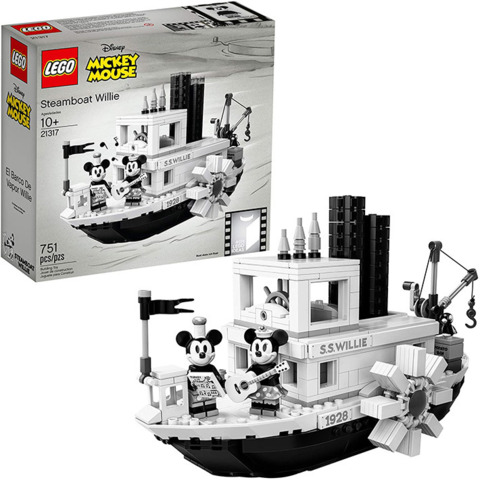 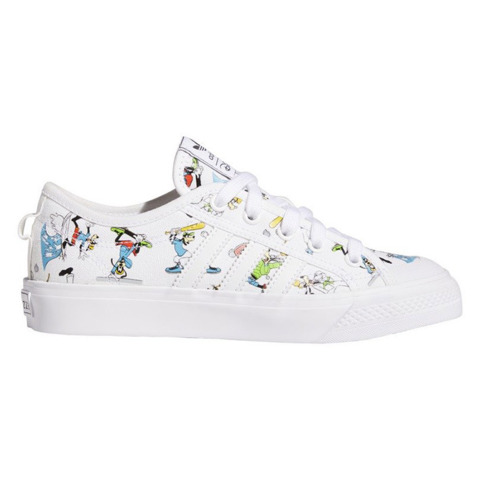 Want to gift someone an item that makes them look cool, celebrates their love of Disney, and keeps them comfortable? Then this pair of Adidas Originals sneakers will fit the bill. Celebrating decades of the lovable Goofy as he showed audiences how to play baseball, hang ten on a surfboard and so much more, these sneakers are a stylish way to show off your adoration for the unstoppable klutz. 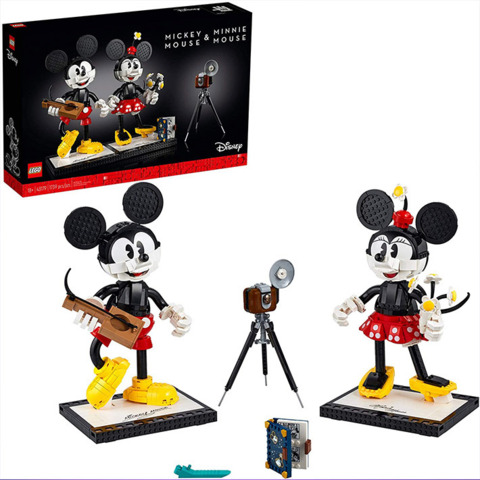 Celebrate decades of the original power couple in animation with this Mickey and Minnie Mouse Lego set. With 1,739 pieces, it's an enjoyable way to spend an afternoon as you rebuild the Mouse house couple into replicas of their original cartoon incarnations, as well as accessories such as a camera and a retro guitar for Mickey to crack out some soapbox tunes with. 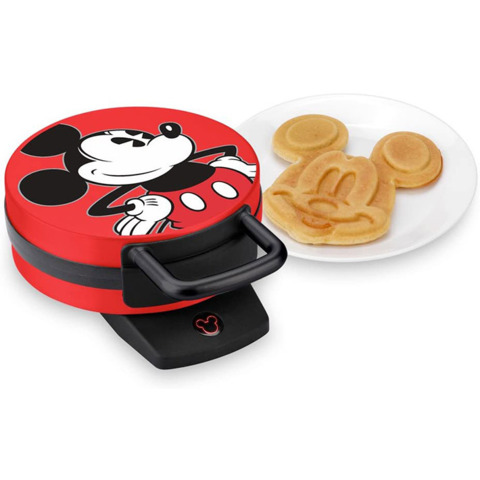 Waffles, the perfect meal. If you've been hungry for the greatest way to start your morning, now's a great time to make some batter and chow down on the smiling head of Mickey Mouse himself. This Disney waffle-maker bakes a decent-sized replica of the iconic mouse, has non-stick cooking plates, and a classy red finish that'll grab anyone's attention. 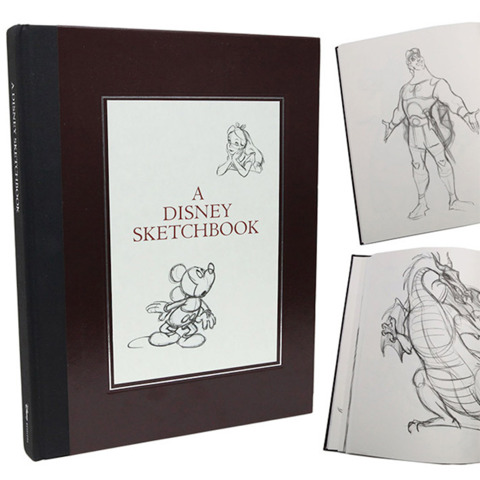 A Disney Sketchbook is a fittingly imaginative piece of work that makes for a unique and thoughtful gift for the Disney fan on your list. Inside this hardcover book are sketches and illustrations from animators, dating all the way back to 1928. The evolution of Disney animation is on display here, and that means practically all diehard Disney fans will embrace this coffee table book. 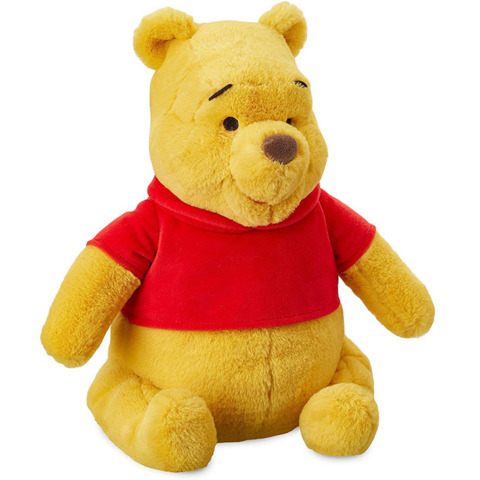 Disney bought the rights to Winnie the Pooh in the 1960s, and the lovable bear has been a staple ever since. This official Pooh Bear plush is equal parts adorable and soft. 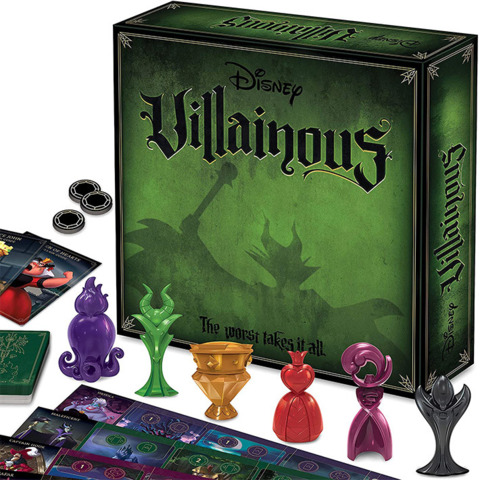 Disney's Villainous is a fun asymmetrical board game starring villains from six Disney films. Each player takes command of Captain Hook, the Queen of Hearts, Prince John, Jafar, Maleficent, or Ursula. Depending on who you play as, you'll have different goals to achieve. The first player to complete their mission wins. 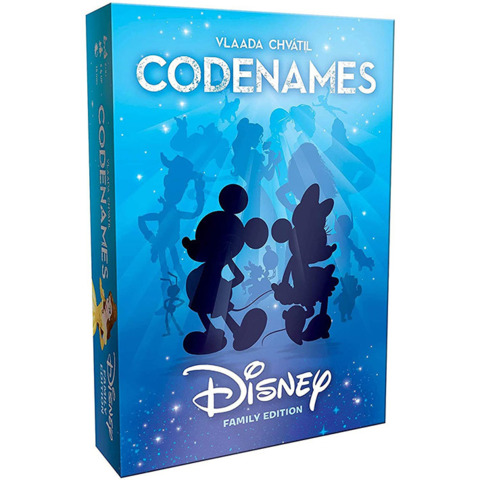 Codenames is a popular party game that tasks you with answering riddles using clues, both pictures and words. The Disney edition skews toward a younger audience, making it great for families to play together this holiday. Codenames is a lot of fun, and games tend to be both breezy and unique. 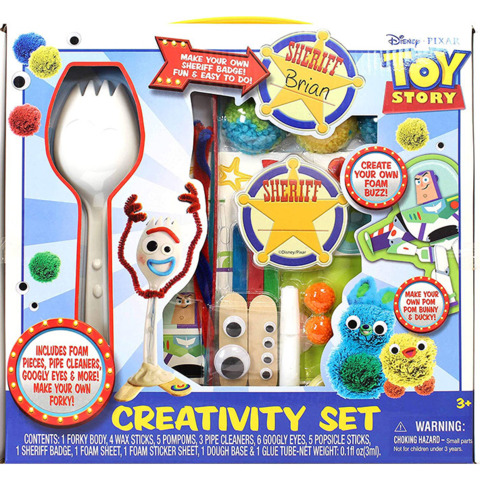 Toy Story 4 introduced the world to a "toy" having an existential crisis. Forky is perhaps more relatable to adults, but kids will surely love creating their own Forky with this creativity set. It also has materials to create Buzz Lightyear, Bunny, and Ducky. 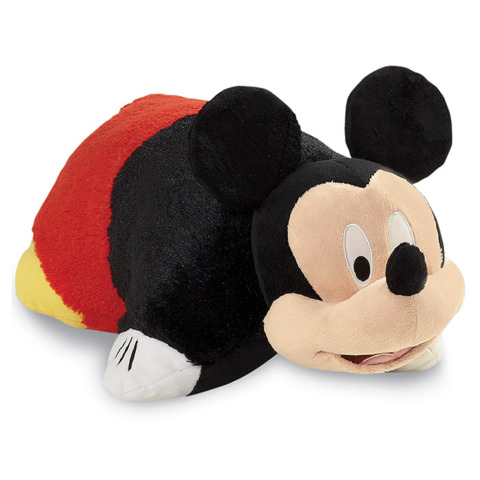 Pillow Pets used to be quite trendy, and while they aren't as in demand as before, they are still cute and comfy. This Mickey Pillow Pet is sure to comfort the youngster in your life who loves Mickey Mouse. 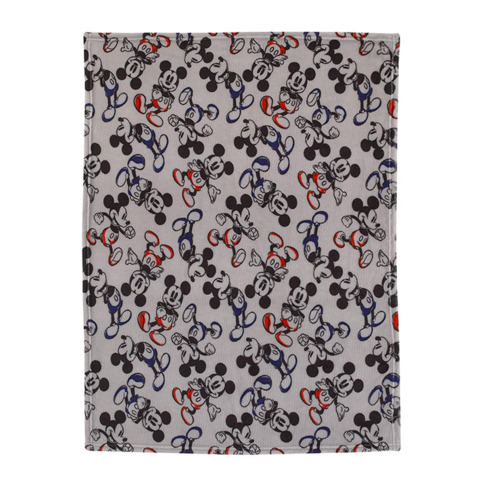 If you're shopping for a baby, chances are they don't know they are a Disney fan just yet. But you can introduce your love of Disney with this cute Mickey Mouse baby blanket. This soft plush blanket has a three color scheme and measures in at 30 x 36 inches. 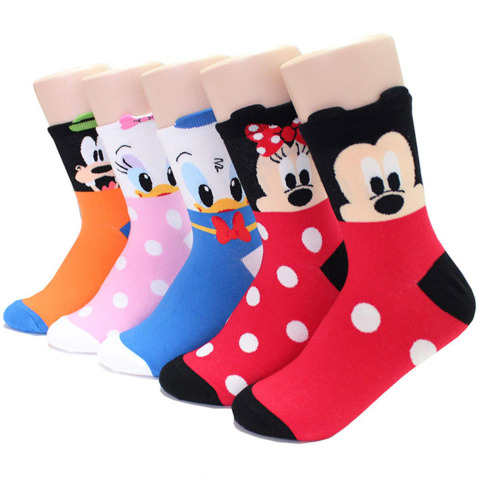 This five-pack of women's socks features some really cute Disney designs. The set comes with Mickey, Minnie, Donald, Daisy, and Goofy socks. They are only available in women's size 7-9. 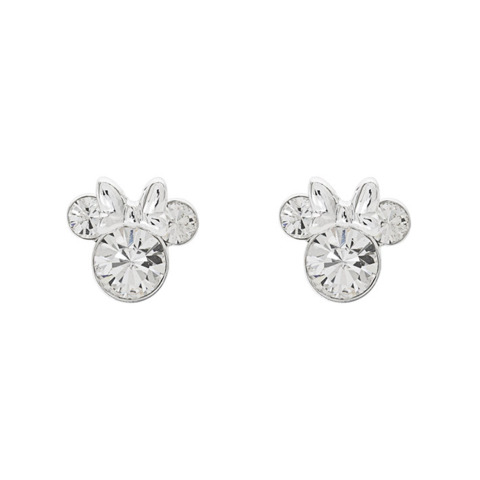 You can combine the love of Disney with birthstones with these cute Minnie Mouse earrings. All 12 birthstone colors are available, making this a truly special and personal gift. 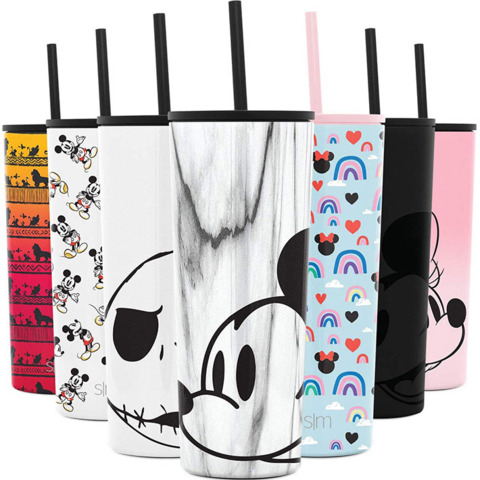 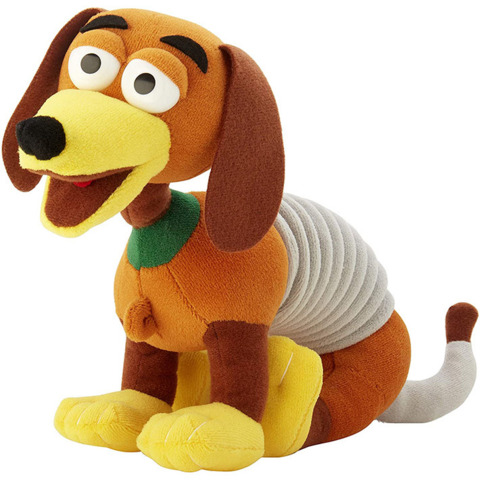 It's a slinky and a dog--it's Slinky Dog, the toy canine from the Toy Story franchise. This Slinky Dog plus is soft and cuddly, and cloth covers the slinky portion of the little guy to give him optimal cuddle capabilities. 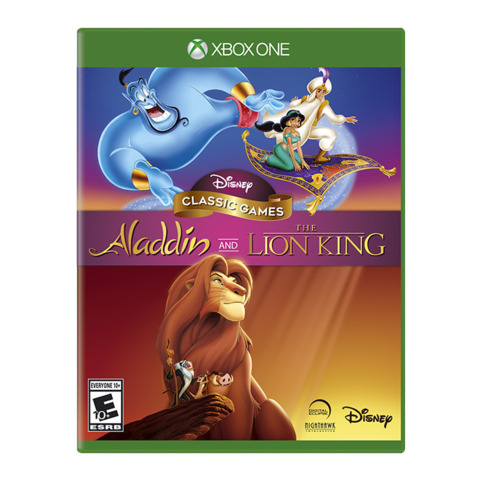 Available on PS4, Xbox One, Nintendo Switch, and PC

Disney Classic Games: Aladdin and Lion King is a really neat collection of retro console games. While game adaptations of movies tend to fare rather poorly, Aladdin and Lion King stood out. Both are side-scrolling action games that released for multiple platforms. What's really cool about this collection is that it comes with multiple versions of each game (Genesis, Game Boy, Game Boy Color, etc.) The result is one of the best retro collections around. It should be noted that both of these games, especially Lion King, are quite challenging. 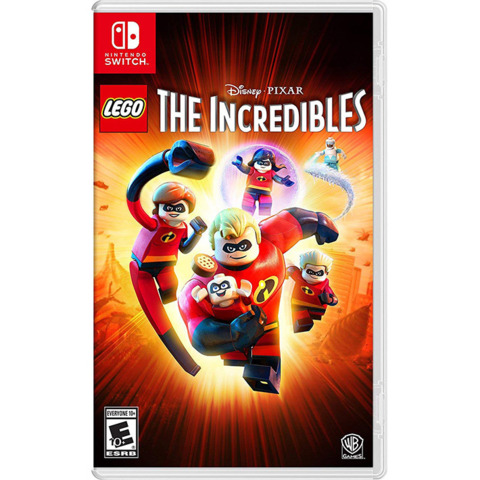 Available on PS4, Xbox One, Nintendo Switch, and PC

If someone on your list loves The Incredibles, there's a solid Lego video game that would make for a nice gift. Lego Disney Pixar's The Incredibles released in 2018 for PS4, Xbox One, and Nintendo Switch. It covers story beats from both the original movie and The Incredibles 2. Like all Lego games, The Incredibles is wonderful for couch co-op. 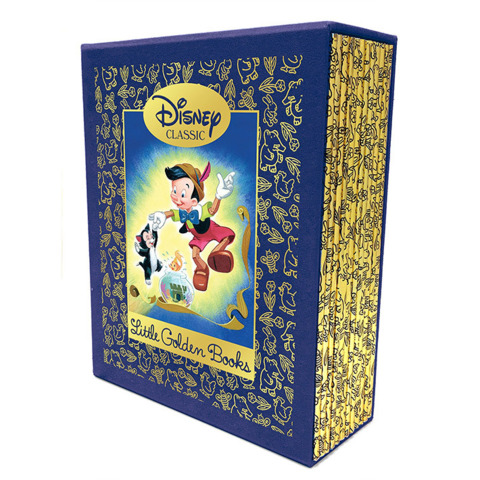 Little Golden Books are a fond childhood memory for many, and this box set compiles some of the most iconic Disney Golden Books in one elegant package. The set comes with Alice in Wonderland, Bambi, Cinderella, Dumbo, The Lucky Puppy, Mother Goose, Peter Pan, Pinocchio, Scamp, Snow White and the Seven Dwarfs, Three Little Pigs, and The Ugly Duckling. This would be a great gift for kids and parents alike.

One Day at Disney 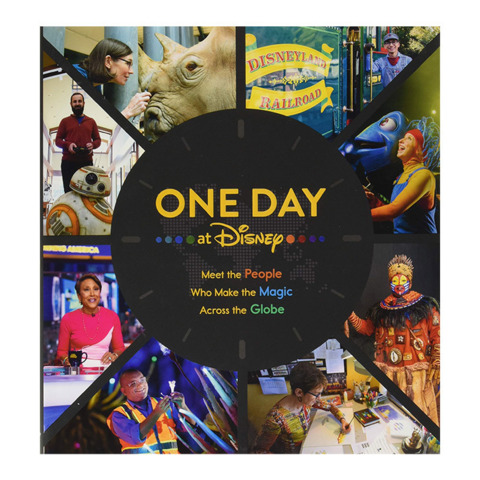 One Day at Disney gives fans a behind-the-scenes look at their favorite resorts. What's really interesting about this book is that every photograph you'll find was taken on the same day. From Disney Parks to studios and much more, One Day at Disney offers a global look at the many wheels that turn each day to keep Disney chugging along. 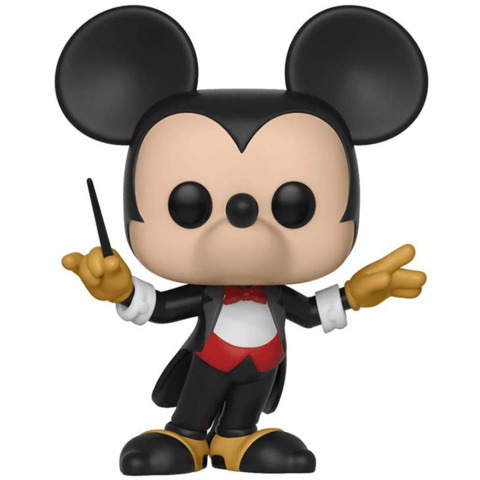