PlayStation Plus will be even more useful for PS5 owners, as it comes with access to a collection of hit PS4 games.

Whether you're hoping to buy a PS5 this holiday or have already gotten your hands on one, a PlayStation Plus subscription is an essential add-on, just as was the case with PlayStation 4. Fortunately, now is as good a time as any to be in the market for a PS Plus membership, thanks to Black Friday and Cyber Monday sales. We've rounded up the best PlayStation Plus deals we've found so far and will be on the lookout for others, but our top recommendation highlighted below is roughly as cheap as the service ever gets, making it a tough deal to beat.

PS Plus grants access to online multiplayer, unlocks cloud save functionality, and comes with monthly free games. The freebies will continue to be backwards-compatible PS4 games for the time being, but for the rest of the year you can claim the PS5 version of Bugsnax, and early next year, you'll get another free PS5 game, Destruction AllStars. That game was initially supposed to be a $70 console launch release before it was bumped into 2021.

Sony has also added a new perk for PS5 owners: the PS Plus Collection, which grants subscribers access to a library of the PS4's greatest hits, including titles like God of War, The Last of Us Remastered, and Bloodborne. They're joined by some third-party games like the Crash Bandicoot N. Sane Trilogy. This collection is only available to claim for PS5 owners, but doing so will entitle you to also play these games on a PS4. Just don't give anyone else access. That could turn your PS5 into an expensive brick.

A PlayStation Plus subscription is also the perfect gift if you're shopping for a gamer, but aren't sure what they already own. Even if they have a subscription, this will just add on to their existing membership. There really are no downsides here.

If you're looking to pick up some new games for cheap, we've got you covered with our roundup of the best Black Friday and Cyber Monday PS5 and PS4 game deals. You can also check out the full Black Friday ads from various retailers for a comprehensive look at gaming deals, including those at Best Buy and GameStop. Deals are live everywhere right now. 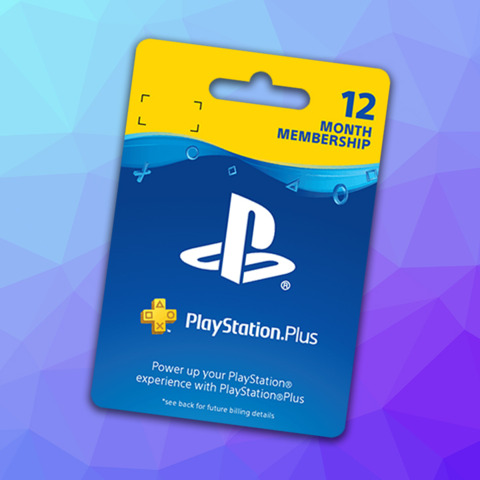 Although it isn't strictly a Black Friday deal, this is nonetheless your cheapest option for picking up a PlayStation Plus membership right now. This PS Plus deal gets you a one-year subscription for nearly 50% off, costing just $31 at the time of this writing. We've been tracking this eBay listing for months, and its price has fluctuated, but right now is as close to as cheap as it's ever been.

Multiple GameSpot staff members have taken advantage of this deal. The code is promptly sent to your email and can then be redeemed on the PlayStation Store.

To be frank, it's highly unlikely we'll see a better PS Plus deal than this from major retailers during Black Friday. For instance, GameStop is offering 12-month subscriptions for $45 during its Black Friday sale. Green Man Gaming is offering a slightly lower price for its sale, but it still isn't as cheap as this one. The lowest price we typically see from retailers on Black Friday is $40. Essentially, you can feel confident in snagging this deal right now and not worrying about searching for Black Friday or Cyber Monday PS Plus deals in the coming days.