Cyber Week is here, and we've rounded up the very best game deals across the web for Nintendo Switch, PS5, and Xbox Series X.

Over the years, Cyber Monday has turned into Cyber Week, with select deals still offered after the Monday following Thanksgiving passes us by. That's the case this year with gaming deals, too, as retailers still have holdover deals from Black Friday and Cyber Monday as well as a few new deals sprinkled in here and there. We're still seeing some great deals on a wide variety of games, including 2020 hits like The Last of Us Part II, Watch Dogs Legion, and numerous sports sims.

We've rounded up the best Black Friday and Cyber Monday deals that are still available now. We expect a lot of these deals to disappear soon, so if you see something you want, grab it as soon as possible.

Though this roundup focuses on physical game deals, most sales happening on digital game storefronts right now cover both Black Friday and Cyber Monday, so you can still take advantage of the deals. Check out some of the top Cyber Monday deals available on Steam, PSN, Xbox Live, the Nintendo eShop, and more below. 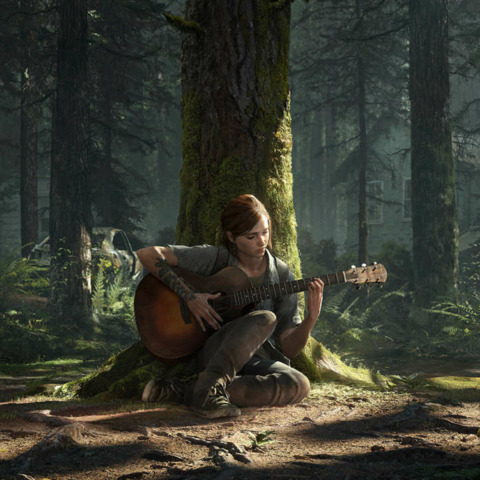 The Last of Us Part II is another one of the biggest games of 2020, bringing the story of Ellie and Joel to a violent, emotional conclusion. The post-apocalyptic action-adventure game is on sale for $30 at Amazon. 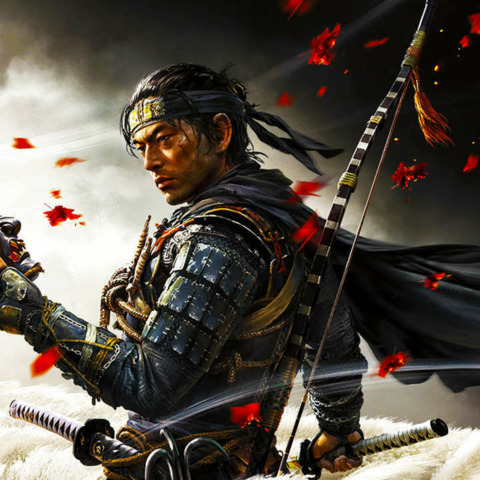 Ghost of Tsushima was the last PlayStation exclusive to release before the PS5's launch, and now's a great time to grab it on sale for $40. Set during the Mongol invasion of Japan, it follows samurai Jin Sakai as he attempts to save his people and reclaim his homeland. 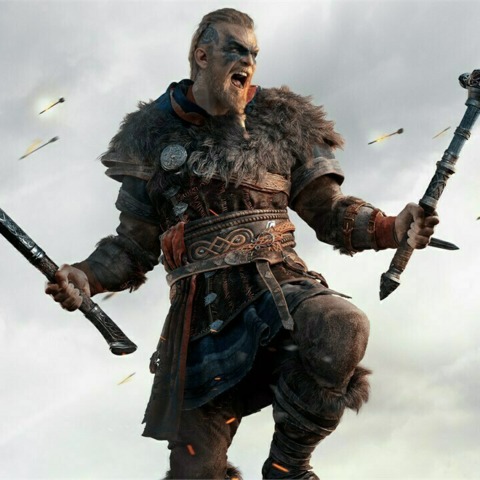 Ubisoft's latest entry in the long-running Assassin's Creed franchise takes you to the Viking era in Norway and England. Released just a couple of weeks ago alongside the new consoles, Valhalla is $10 this week for Cyber Monday. 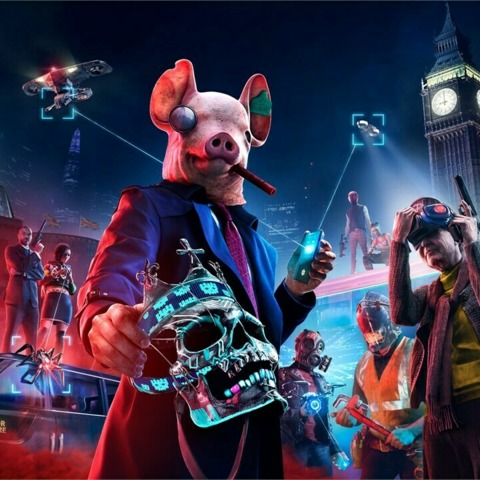 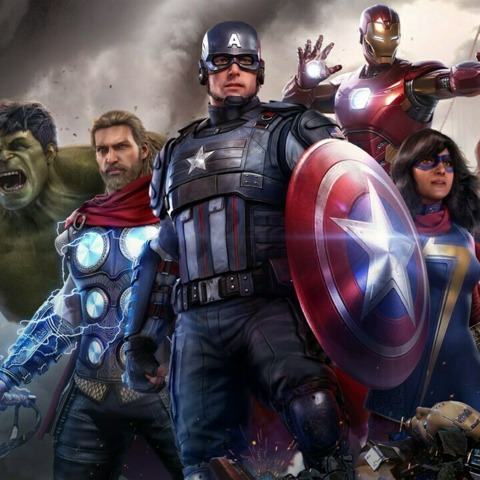 Marvel's Avengers lets you play as iconic heroes like Captain America, Black Widow, and Iron Man, but it also tells a thoughtful, heartwarming story from the perspective of a hero who hasn't appeared on the big screen yet: Kamala Khan (aka Ms. Marvel). For $25, Marvel's Avengers is more than worth it due to its great single-player campaign. 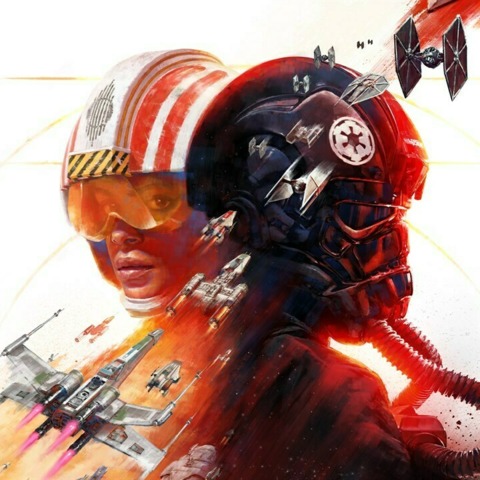 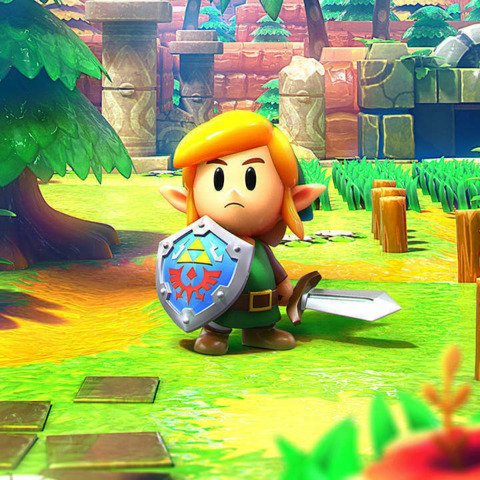 One of the most beloved Zelda Game Boy games was remade and released on Nintendo Switch last year, and it features the most charming art style. Great for fans both new and old, Link's Awakening's digital edition is down to $40 for Cyber Week. 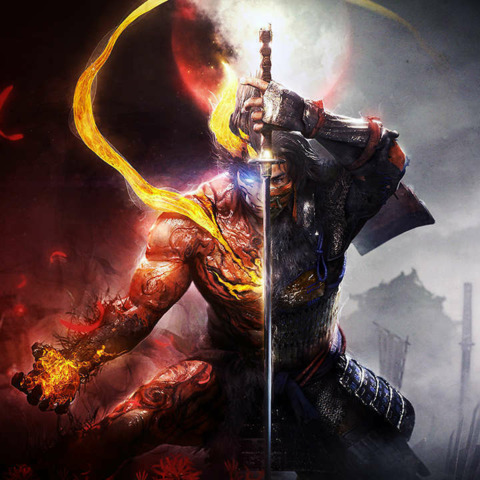 You'd be forgiven for forgetting Nioh 2 released this year--the Souls-like action-RPG released in mid-March, right about when pandemic lockdowns started in the US. If it flew under your radar earlier this year, now's a great time to snag the PlayStation exclusive--it's down to $10 for Cyber Monday. 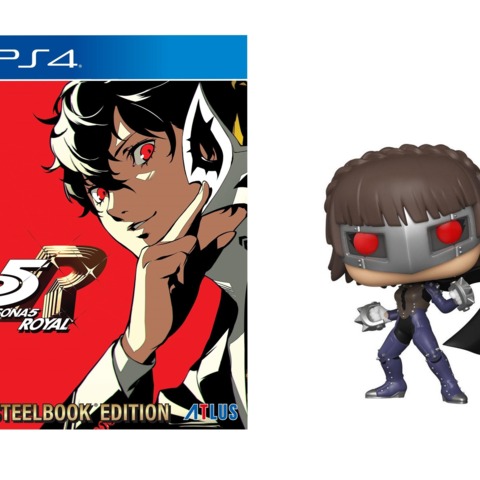 Persona 5 Royal's steelbook edition is $23 on its own, but this bundle gets you a Funko Pop Vinyl figure featuring Makoto in her Phantom Thief form. Persona 5 Royal earned a 10/10 from GameSpot, and it's a must-play for fans of the JRPG genre. 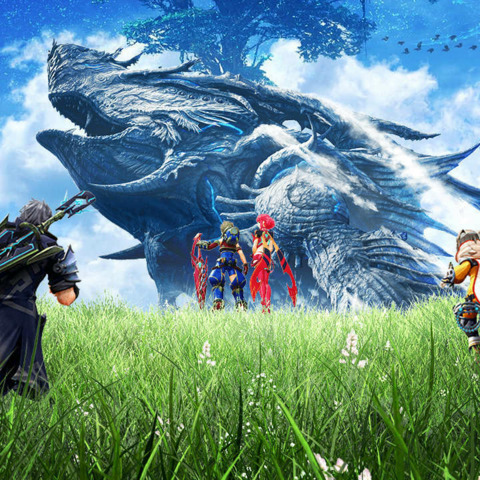 Xenoblade Chronicles 2, one of the best RPGs on Nintendo Switch, is down to $39.88 at Walmart for Cyber Monday. This is a digital deal, so you'll get a code sent to your email after purchasing. Xenoblade Chronicles 2 has a compelling story, vibrant world, and a complex and engaging combat system. 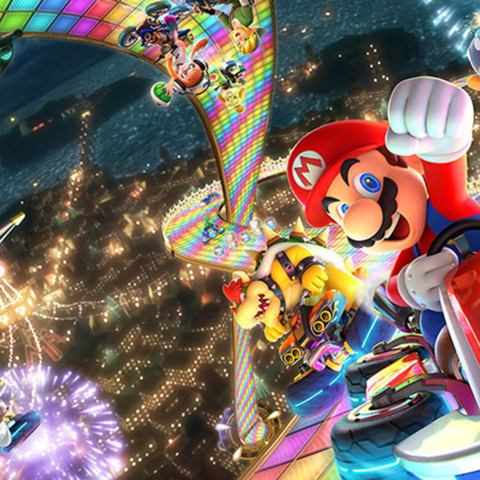 Mario Kart 8 Deluxe rarely gets discounted, but Walmart has it for $45 for Cyber Monday. This is a solid deal for one of the best multiplayer games on Nintendo Switch. More than three years after its release, it remains one of the most popular games on the platform and is one that every Switch owner should have in their library. 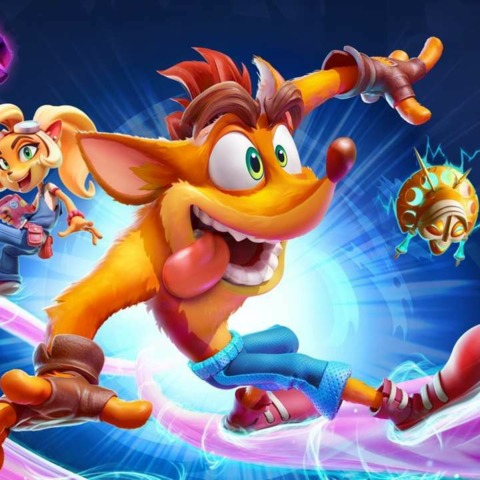 Crash Bandicoot 4: It's About Time released just a couple months back, but you can already nab it for 50% off at Walmart on PS4/PS5 and Xbox One/Xbox Series X. Developed by Toys for Bob, Crash 4 is a fitting continuation of the iconic platforming franchise, as it both nods back to the original trilogy and modernizes the gameplay to create a thoroughly engaging adventure. 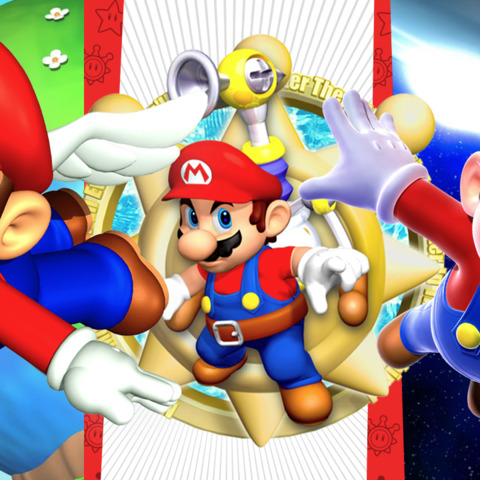 Super Mario 3D All-Stars compiles three excellent platforming games in one package: Super Mario 64, Super Mario Sunshine, and Super Mario Galaxy. The Nintendo Switch compilation is currently on sale for $50. Though it's only a $10 discount, we doubt we'll see it for less before the game stops being sold after March 2021. 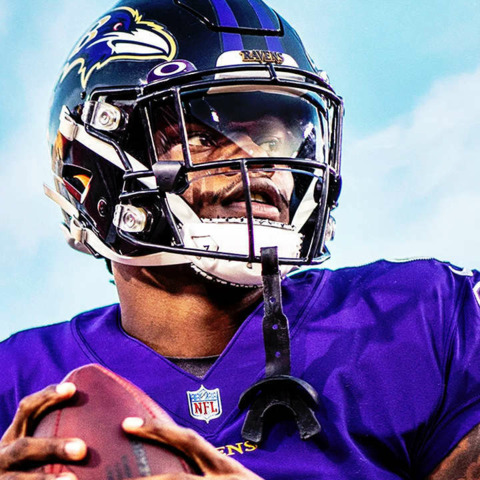 GameStop is still selling Madden NFL 21 for only $25 during its Cyber Week sale. This was one of the best deals at GameStop during Black Friday, and it remains a standout deal that beats competitor pricing. Madden NFL 21 may not move the football sim series forward very much, but chances are it will be on many wishlists this holiday. 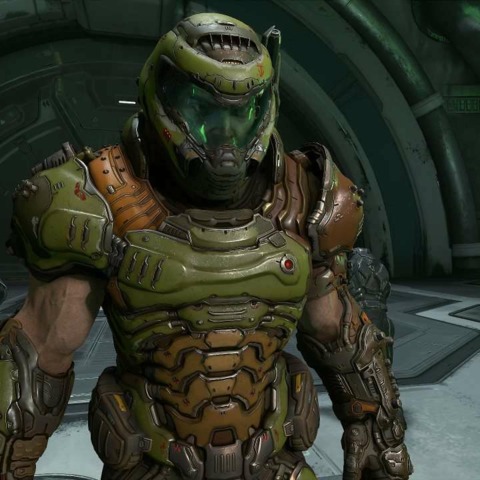 Doom Eternal, one of the best first-person shooters of the year, is discounted to a mere $20 at GameStop for PS4/PS5 and Xbox One/Xbox Series X. Doom Eternal follows in the footsteps of its 2016 predecessor by offering fast-paced demon-slaying action that remains ultra-satisfying. 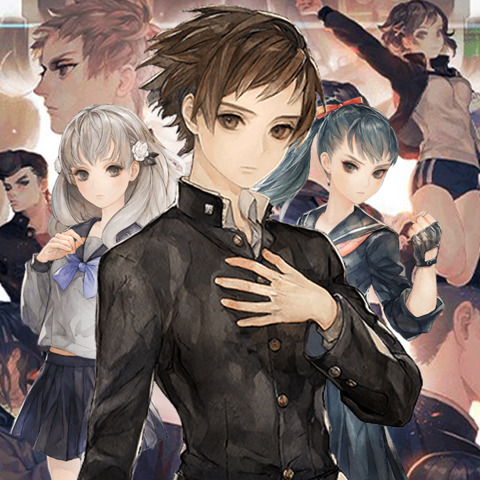 13 Sentinels: Aegis Rim is one of the most unique PlayStation games of 2020. It's part visual novel, part realtime strategy game, which makes for an extremely interesting experience that isn't quite like anything else. 13 Sentinels tells a non-linear, complex narrative starring 13 high-schoolers who are at war with kaiju in a post-apocalyptic future. It's currently 50% off at GameStop for Cyber Monday. 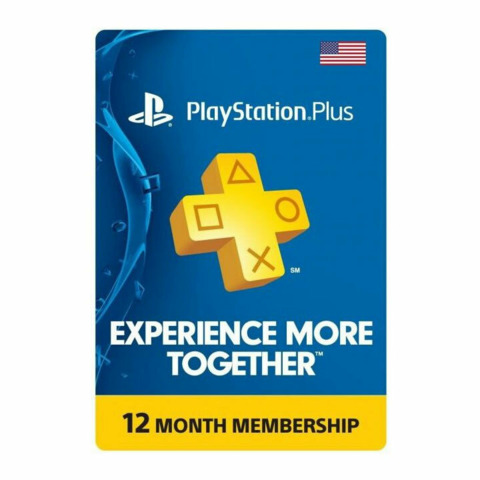 PlayStation Plus is what you need if you want to play online multiplayer on PS5 or PS4, but it also comes with some great bonuses. Subscribers can expect free monthly games, and on PS5, users get access to a collection filled with some of the PS4's best games. For Cyber Monday, 12 months of PlayStation Plus is only $34. 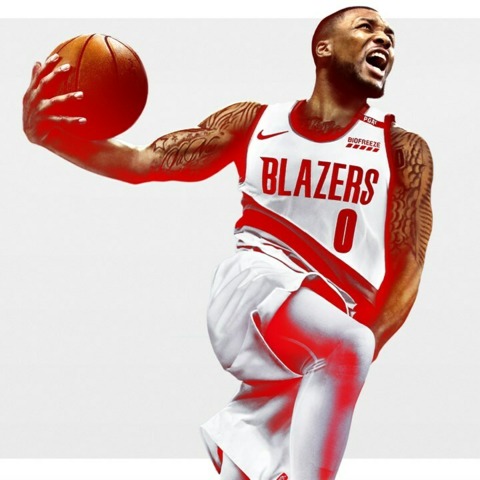 The latest entry in the long-running NBA 2K basketball sim series is down to its lowest price yet at GameStop. NBA 2K21 is $25 for PS4, Xbox One, and Nintendo Switch. It's important to note that while this edition will work on PS5/Xbox Series X, it doesn't have the next-gen performance update. 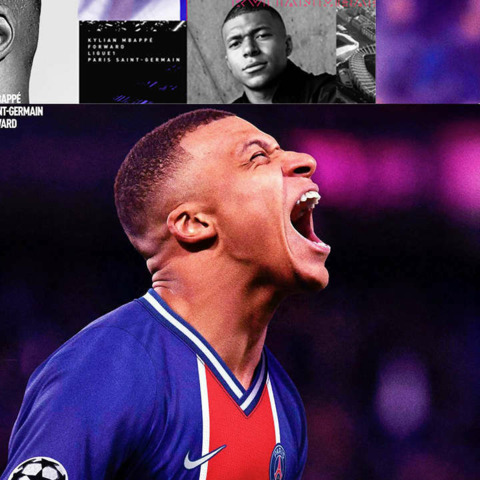 FIFA 21 is discounted to just $25 for PS4 and Xbox One at GameStop, which beats any deal we saw during Black Friday. It's a great time to buy FIFA 21, as the Xbox Series X/PS5 update arrives on December 4. 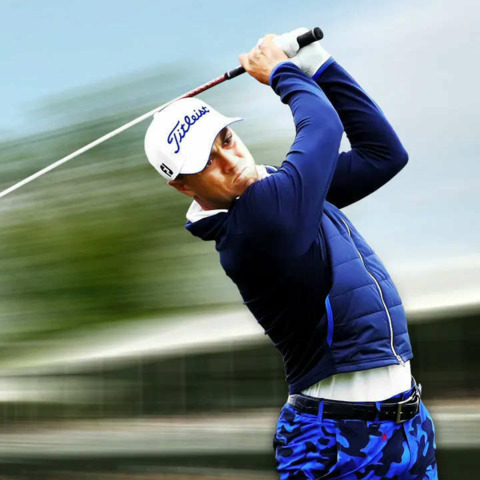 PGA Tour 2K21 is also down to its best price yet at only $25. This deal is available on PS4, Xbox One, and Nintendo Switch. PGA 2K21 is an excellent golf sim that will appeal to both diehard golf fans and casual players. 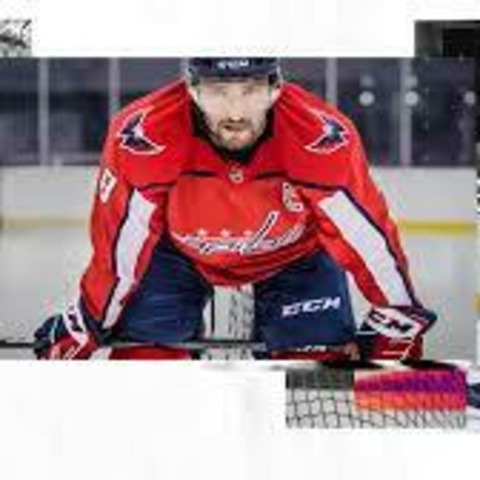 The stellar hockey sim NHL 21 is discounted to $25 at GameStop for PS4 and Xbox One. While it doesn't have a next-gen upgrade, you can play it on PS5 and Xbox Series X via backwards-compatibility.