From Haven to Stardew Valley, here are our top picks for games couples can play together on Valentine's Day and beyond.

Valentine's Day is nearly here, and if you're someone who's celebrating with a partner this year, chances are you're probably planning an indoor date night due to the ongoing pandemic. Fortunately, there are still plenty of ways to spend quality time with your loved one indoors this Valentine's Day, and one of the best options is finding a couch co-op video game you can both enjoy together. To that end, we've rounded up the best games for couples to play this Valentine's Day, but of course, these are great games to play together any night of the year that you want to spend some time together. For the purposes of this roundup, we've focused on video games that offer local multiplayer so you can cuddle up on the couch while you play.

We recognize that in some couples, one person may have more gaming experience than the other, so keep that in mind when picking a game. None of the titles we've included here are particularly taxing, but some of them may be more suited for people who are already comfortable using a controller. (We have a separate guide on games to play with people who don't normally play games if you find yourself needing more options.)

While quality time can often be the best gift someone can ask for, others like to receive physical tokens of affection on Valentine's Day. If you're still pondering what to get your partner, see our suggestions for the best Valentine's Day gifts, with ideas for gamers and more. We also have recommendations for cozy, feel-good Valentine's Day movies and the best romance anime to watch with your loved one this year. 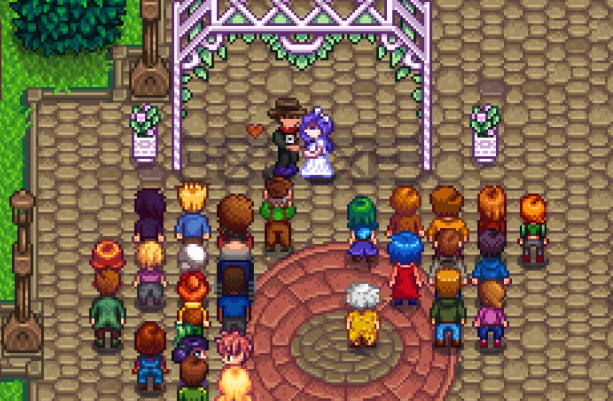 If your partner was obsessed with Animal Crossing: New Horizons, let me introduce another game they're sure to love: Stardew Valley. Launched in 2015, this country-life RPG holds a lot of the same appeal as Nintendo's social sim franchise while offering a lot more depth in terms of relationships and activities. While you might think Stardew Valley is just a farming sim, this massively popular game is also about building friendships and pursuing romance with the NPC of your choice. Just as you may be doing this Valentine's Day, the game makes you consider what gifts your partner will respond best to, and even after you marry the character of your choice, you still have to cherish them and show them attention if you want to keep them, which is a pretty solid message about relationships.

Stardew Valley is fantastic as a single-player title, but it also has an excellent multiplayer mode so you can play local or online co-op with your sweetheart. The recent 1.5 update also added local split-screen co-op, so you can share the TV while you play. Finally, you can download Stardew Valley on practically any platform and start playing right away, but physical editions are also available, which might be a nice gift to wrap up and surprise them with on Valentine's Day. 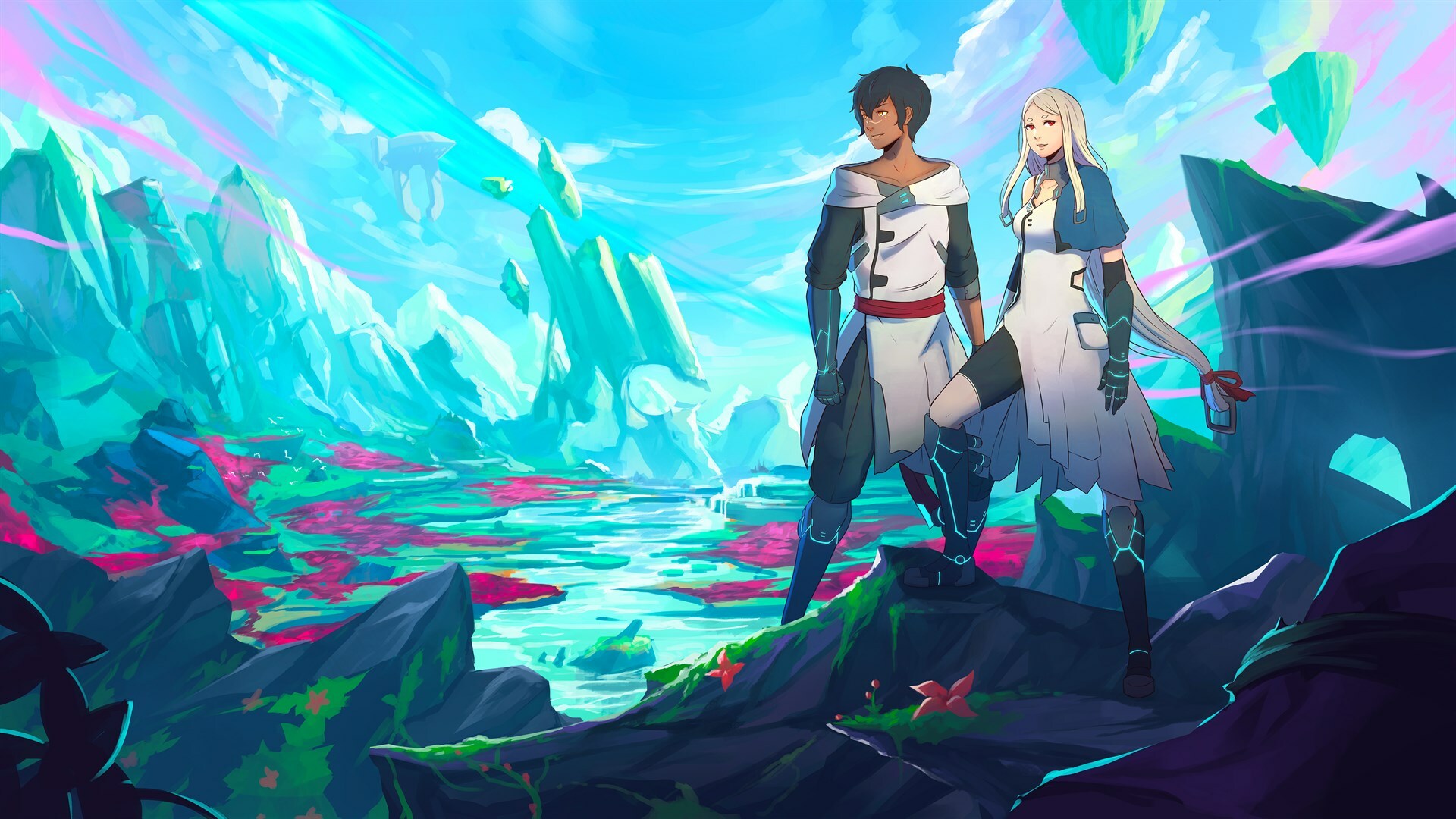 One of the newer games on this list, Haven is a science-fiction love story about a couple who has fled their home and escaped to an empty planet together. You and your partner can play together as Yu and Kay, who use anti-gravity boots to glide around the strange planet (known as Source) using "flow threads." On these expeditions, you'll gather resources and engage hostile creatures in turn-based combat. Traveling around the planet in local co-op takes a little getting used to and requires some communication to master--my partner and I found that taking turns being the "leader" who chooses the direction we explore worked well.

When they're not exploring Source, Yu and Kay can relax in the Nest (their spaceship), where they can cook meals, take a shower, heal, and craft items. But while Haven's gameplay is enjoyable, its depiction of the relationship between Yu and Kay is where the game shines. It's rare to see a mature, committed relationship depicted in a game with such realness and intimacy. For that reason, Haven is truly one of the best games for couples to play together, and fortunately for Xbox owners, it's available through Xbox Game Pass. 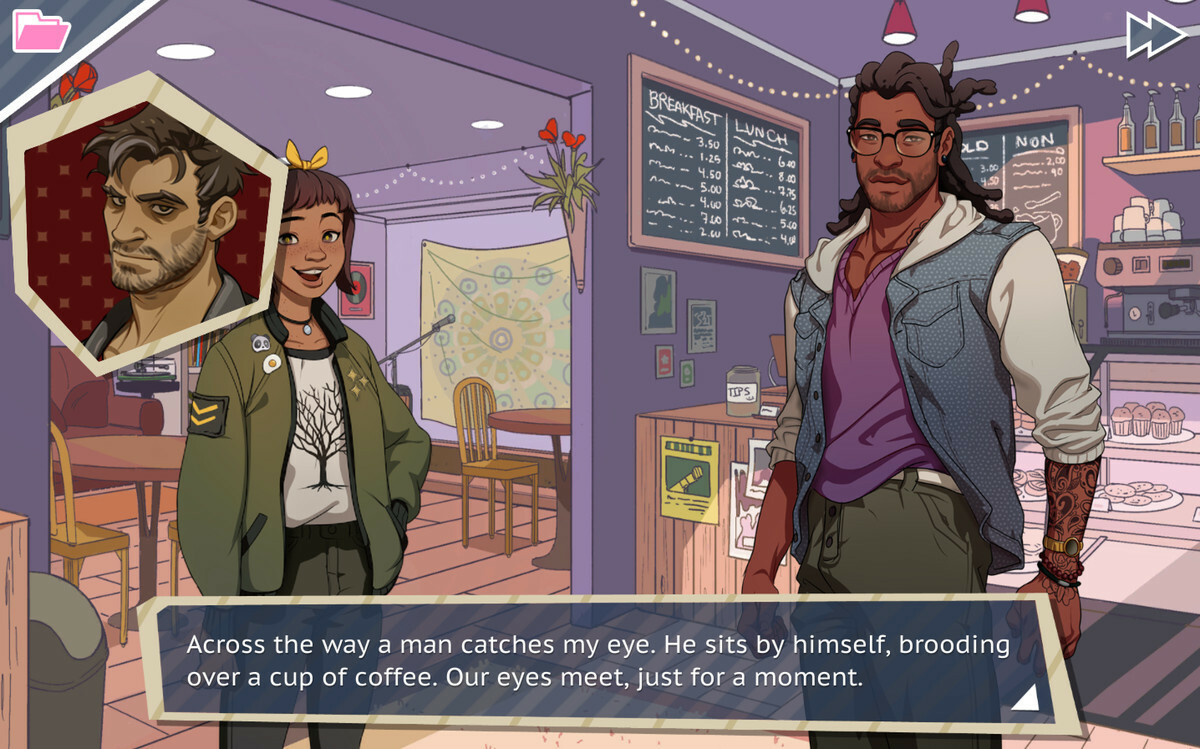 While a dating sim where you play as a hot dad attempting to romance other hot dads may not sound like a game you'd want to play with your significant other on Valentine's Day, it's actually the perfect game to play with a partner. This isn't technically couch co-op, but it's still fun to play through this visual novel together, whether you take turns with the controller or one person just sits back and commentates. Together, you can design your own hot dad, decide which handsome bachelor to woo, go on dates, and discover multiple endings based on dialogue options you choose along the way. It's not all flirtation and dad puns, however; Dream Daddy also has a very sweet storyline about parenthood and some memorable characters you won't soon forget.

See on eShop
See on PlayStation Store
See on Steam 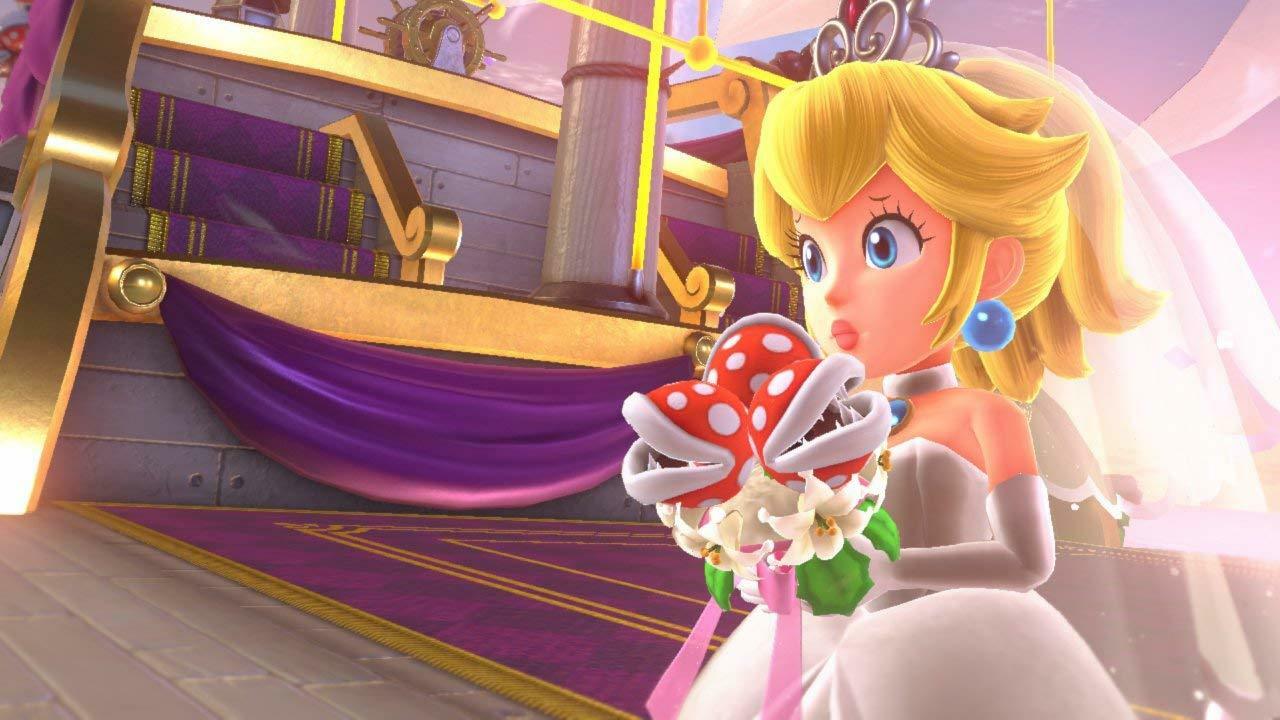 Super Mario Odyssey is, hands-down, one of the best games you can own on Nintendo Switch--it even earned a rare 10/10 in GameSpot's review. Not only is it a rich, detailed Mario Bros. game with a wide variety of challenges and puzzles, customization options, and more; it also has a fantastic co-op mode. Playing through Super Mario Odyssey with a significant other is incredibly fun. One player will control Mario and perform the actual platforming, while the other player will control Cappy, zooming around to gather items and attack enemies. Cappy is perfect for players with less gaming experience, but no matter which character you control, playing through Super Mario Odyssey's colorful levels together is the perfect activity and great gift for any couple. 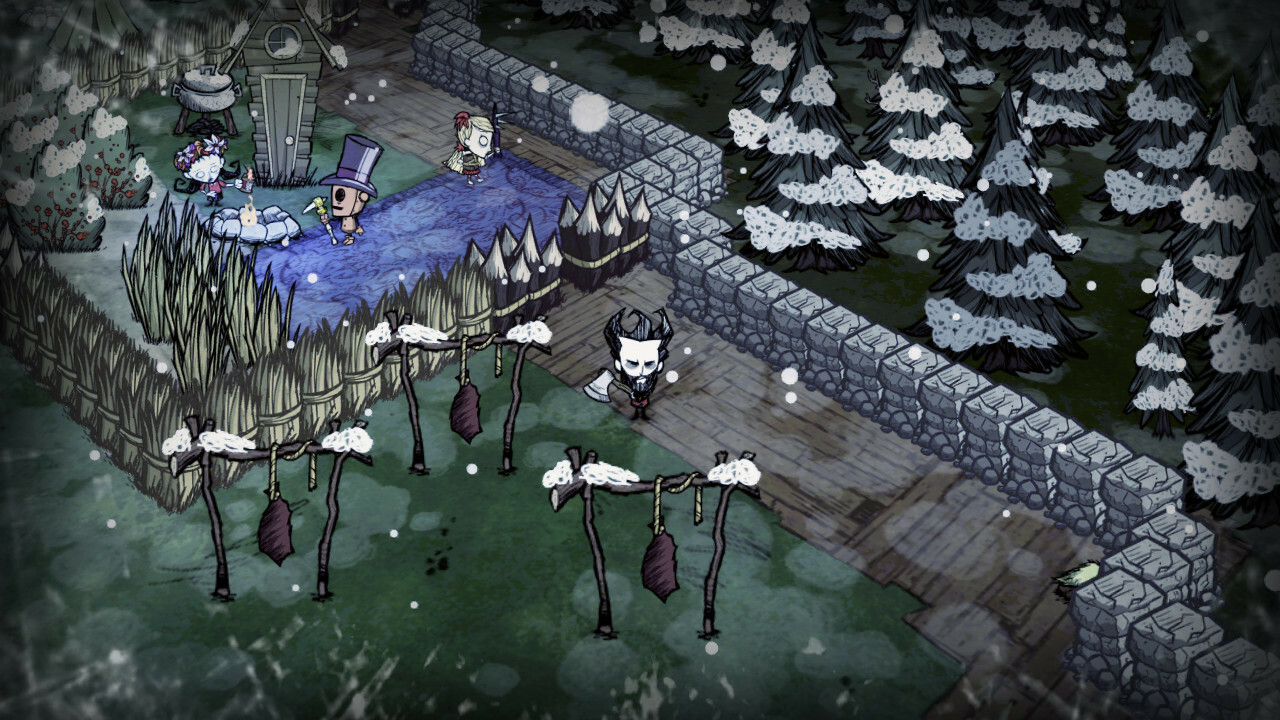 See how you and your lover would fare stranded out in the wilderness in Don't Starve Together, a survival game with Tim Burton-esque visuals. The standalone multiplayer expansion of Don't Starve thrusts you into a hostile world with strange creatures and dangers, and you'll have to work together with your partner to gather resources, craft items, and create structures to keep yourselves safe. If relationships are all about protecting each other and working together, Don't Starve Together is the perfect game to buy for your significant other this Valentine's Day.

Lovers in a Dangerous Spacetime 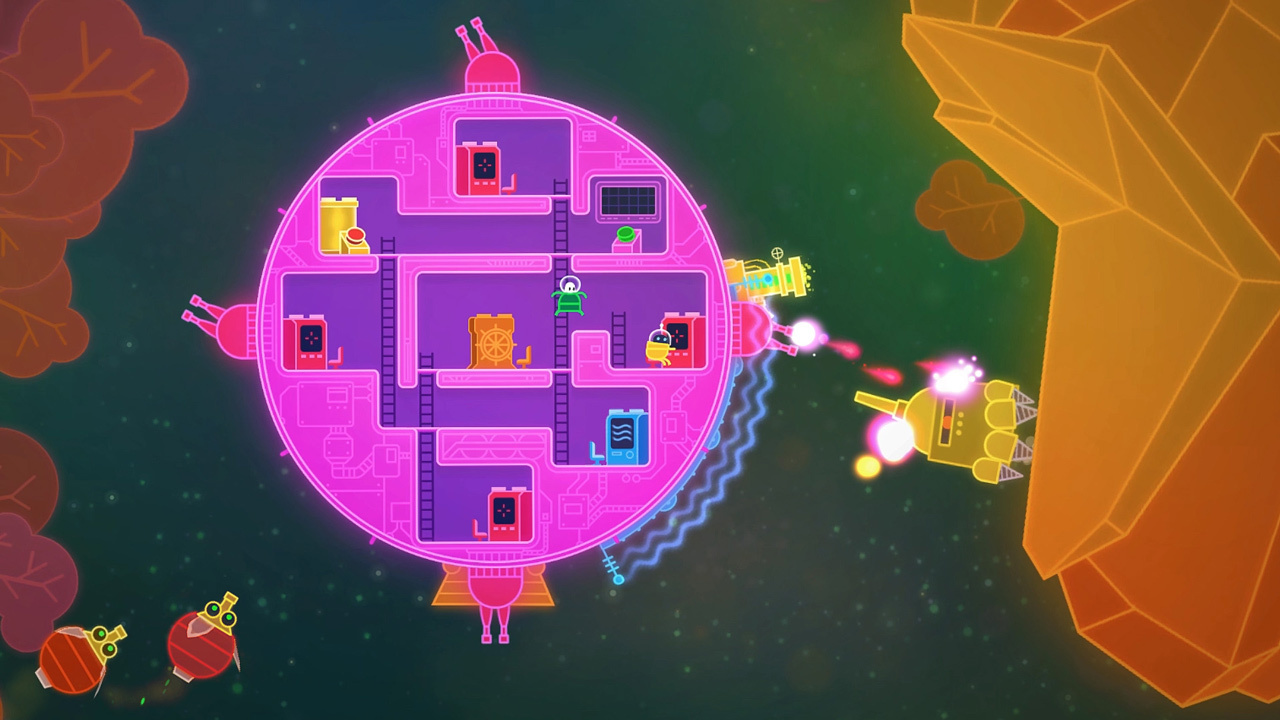 In this colorful couch co-op adventure, you and your partner will explore the galaxy as LOVERS (which stands for League of Very Empathetic Rescue Spacenauts), using teamwork to battle the evil forces of Anti-Love and rescue adorable space-bunnies. Together, you'll have to control the ship, using turrets and lasers to attack, shields to defend, and thrusters to navigate the environment. This is one game that can get very hectic very quickly and will definitely test your communication skills, but it's also a blast. There's a single-player mode as well where you get help from an AI pet, and up to four players can join in. 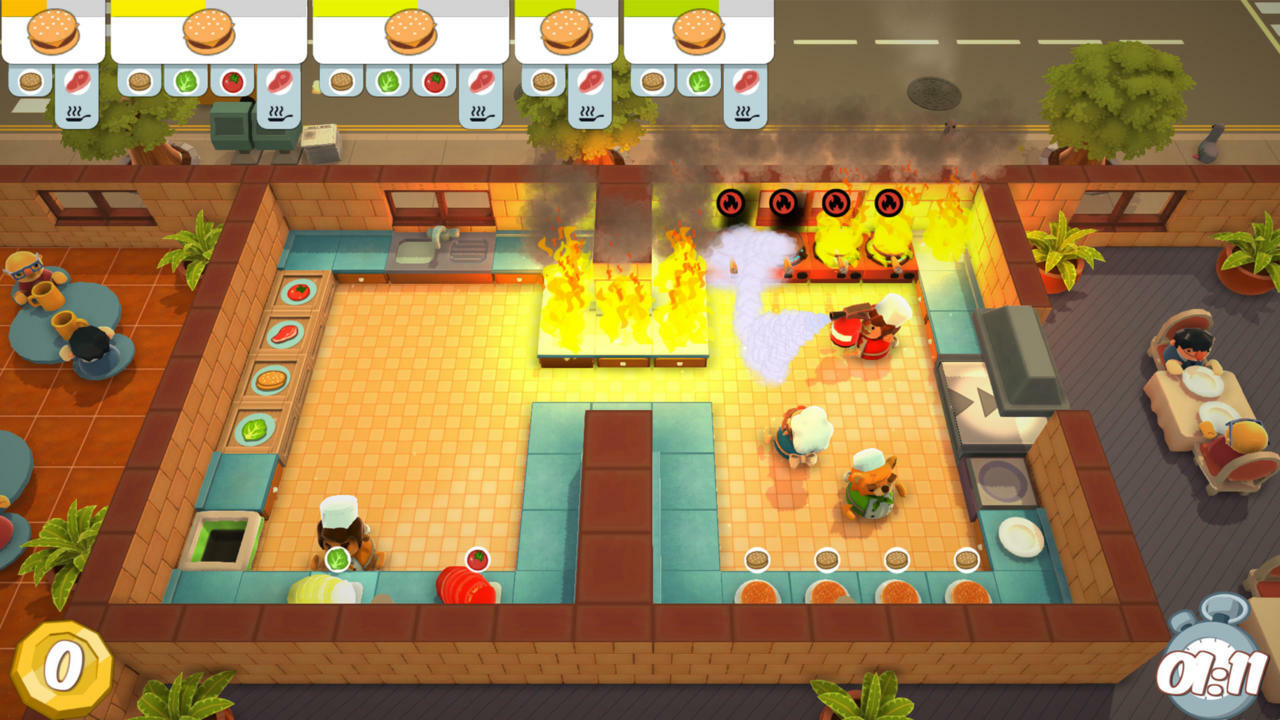 On the surface, Overcooked is a cute game about preparing meals, but it takes a ridiculous amount of coordination to get high stars on its timed, chaotic kitchen levels. Overcooked requires a similar strategy to Lovers in a Dangerous Spacetime: Tasks must be delegated, and communication must be swift and clear in order to navigate a level's obstacles and submit enough plates of food in time. If you like cooking together IRL and can handle a challenge, Overcooked is the perfect game to play as a couple this Valentine's Day.

For those with a PS5 or Xbox Series X|S, the Overcooked: All You Can Eat collection is the way to go here. It gets you 4K remastered versions of Overcooked, Overcooked 2, and all DLC, and it also includes new kitchens, chefs, and more accessibility options.

See Overcooked: All You Can Eat at Amazon 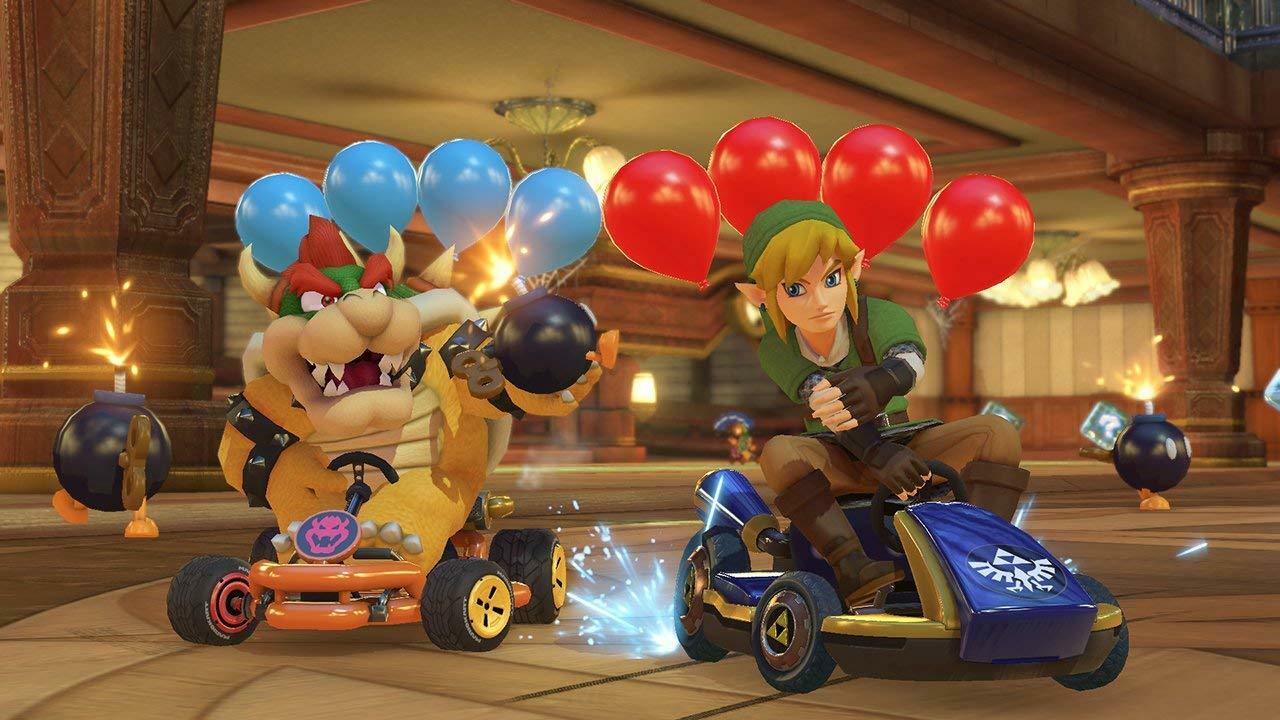 Mario Kart is the ultimate party game, and you can experience the definitive version of Mario Kart 8 on Nintendo Switch. The popular racing game allows for up to four players to race in local split-screen multiplayer, and it adds new characters to the roster like Inkling Girl and Inkling Boy from Splatoon. Mario Kart is the type of game that players of any skill level will enjoy, but be warned--it's sure to bring out your partner's competitive side. 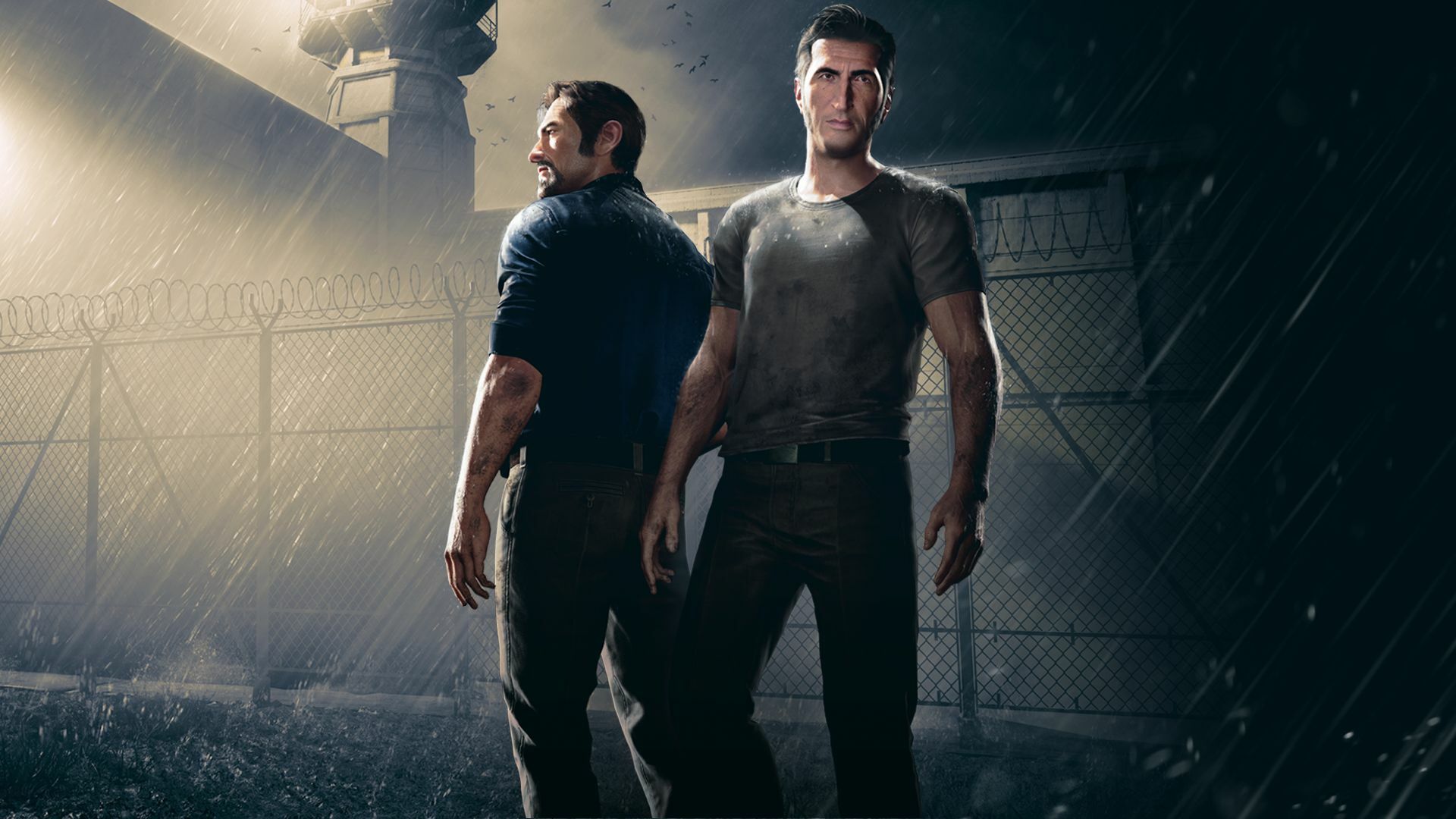 A Way Out is one of the most innovative local multiplayer games ever released, as it's designed specifically for the couch co-op experience. It follows the harrowing journey of two convicts, Leo and Vincent, who team up to break out of prison and go on the run from the authorities. It's an engrossing tale that'll hook you from start, and your actions throughout the game have a major impact on the ending. Its gameplay is also very unique, with each player taking on the perspective of the character they control. There are moments where you will both share one screen, and there are moments when the game will change to split-screen; for instance, one character may be moving around to perform an action, while the other could be watching a cutscene.

For couples who love a good story, A Way Out is a fantastic option, playing out like an interactive movie. It's very much a game about relationships, though there's very little romance, and it requires a good amount of cooperation and communication as well. 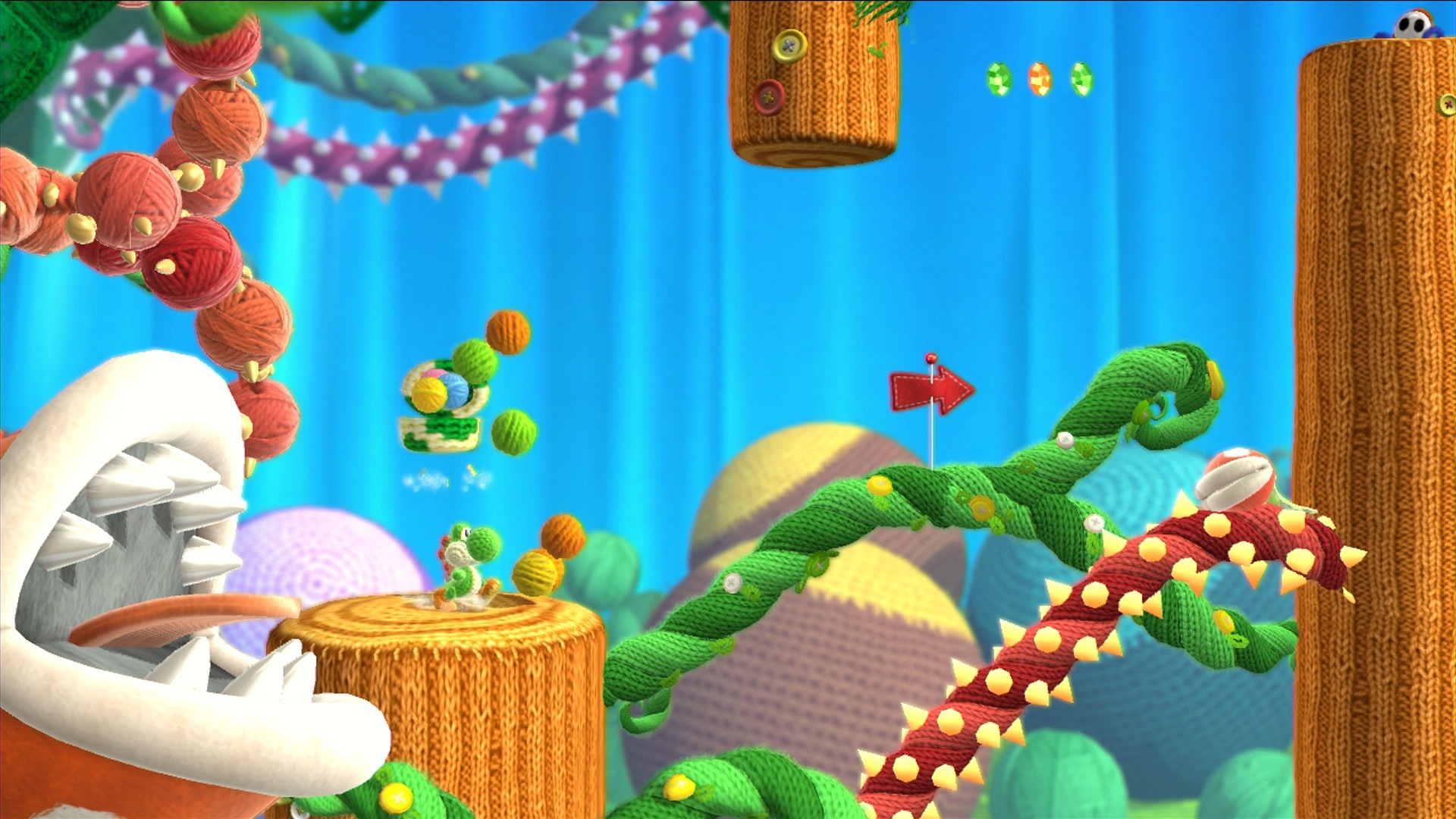 It’s hard not to smile while playing Yoshi’s Crafted World. With an adorable aesthetic and upbeat atmosphere, the Nintendo Switch platformer is lovable from the opening scene. The colorful world looks ripped straight out of a pop-up book, with environments and enemies designed to look like cardboard. Yoshi’s Crafted World plays much like old-school Nintendo side-scrollers. Much of its mechanics, from swallowing enemies to lobbing eggs to solve puzzles, piggybacks off of the classic Super Nintendo game Yoshi’s Island. That’s certainly not a bad thing, though.

While Yoshi’s Crafted World is fun to play solo, it really hits its stride when playing with a partner. It supports drop-in, drop-out co-op where each player controls their own Yoshi. If your partner is having trouble with a certain section, they can simply jump on your back and hitch a ride. Crafted World is a friendly platformer for newcomers to the genre or those who don’t game much at all. It’s lighthearted and filled with a diverse array of levels, including some entertaining boss fights that are particularly fun to tackle with two Yoshis. 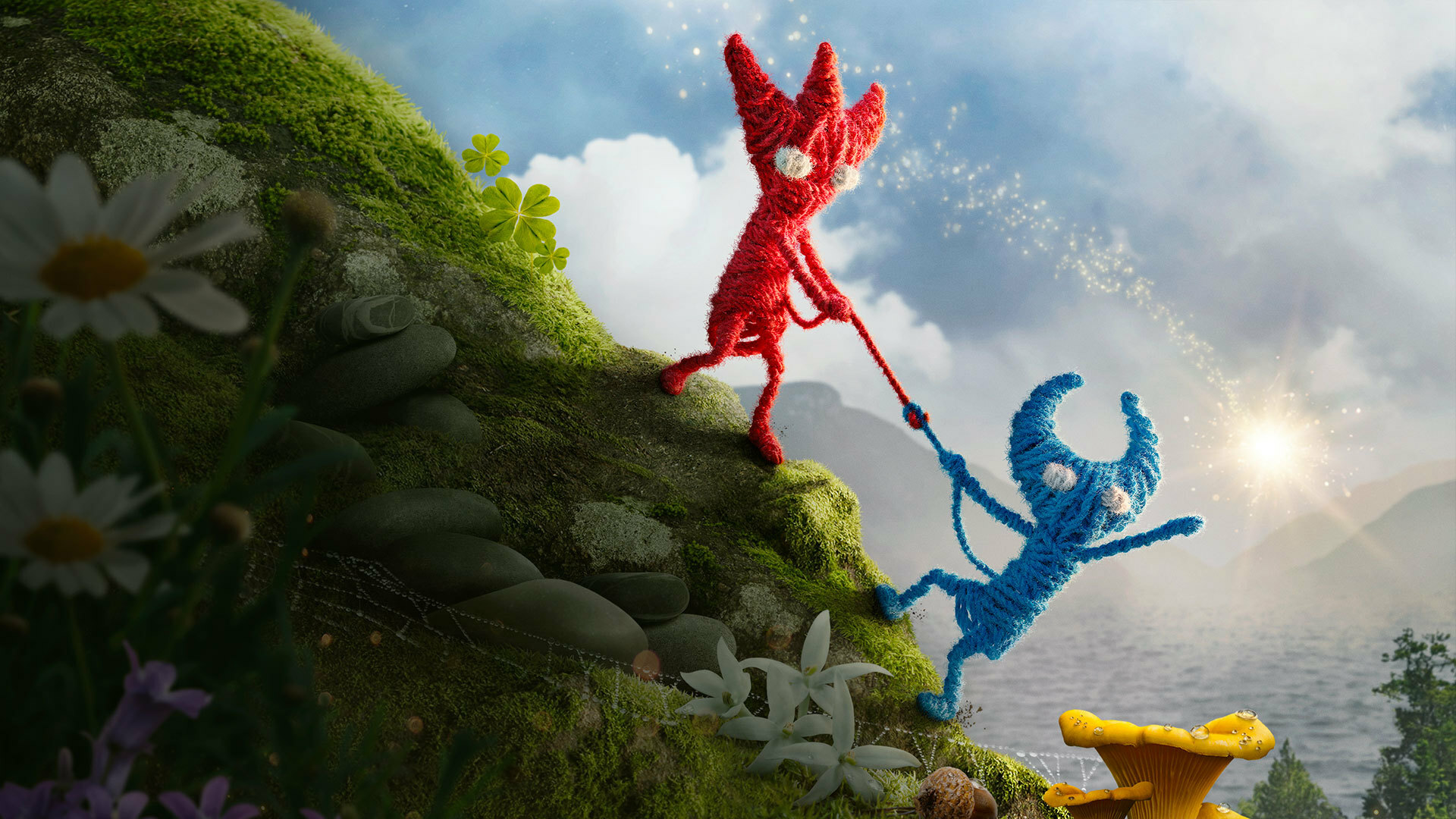 Unravel 2 is about the power of a bond and what two people can achieve when they work together. It's also just pure fun. In this puzzle-platformer, you and your partner will create your own Yarny and go on an adventure through a large and visually stunning world. By connecting the ends of your yarn together, you'll be able to swing and climb through every level, though teamwork and planning are required to navigate Unravel 2's trickiest puzzles. While there's no spoken dialogue in Unravel 2, a story does unfold in the background as you progress. However, the best part of Unravel 2 is definitely the puzzle-solving and how good it feels to swing around and help each other get around the map. It's a beautiful game from beginning to end and one of the best games we recommend for couples to play together.