The 6 Best Anime Streaming Services For 2021

So you've decided you'd like anime to be a part of your life. Excellent. Go ahead and pull up a chair--let's help you figure out which anime streaming service is right for you.

Unless you've been living under a rock, then you've probably noticed an explosion in anime, worldwide, for more than a decade. Whether you're a longtime fan or looking to get into it for the first time, there are a variety of different options in order to watch anime. Sure, you could go to a virtual storefront and buy what you want to watch, but that's expensive. Luckily, there are plenty of streaming services with large catalogs of anime you can check out, which will save you a lot of cash.

Of all the major streaming services, six are the traditional go-to for anime fans. Three of them (Crunchyroll, Funimation, and Hidive) are specifically geared toward anime. The other half of the list (Netflix, Amazon Prime Video, and Hulu) are geared more toward live-action programming, but they also happen to have fairly fleshed-out anime libraries. While it's hard to pinpoint exactly which one is the best anime streaming service, as it'll vary based on your interests, we've created this guide to point you in the right direction. 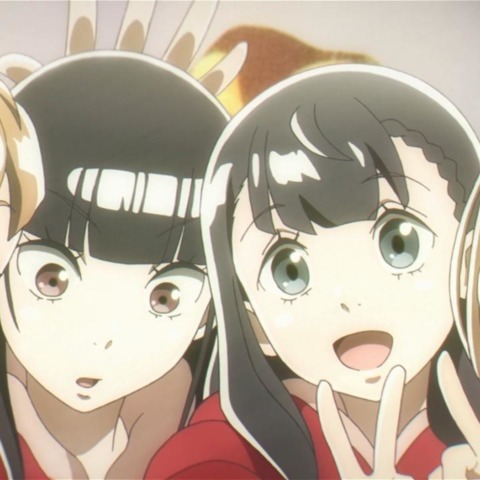 Notable Original Content/Exclusives: A Place Further Than the Universe, Keep Your Hands Off Eizouken, Laid-Back Camp

Bottom Line: Best for the anime fan looking for a free way to watch mainstream anime

If an anime has hit the mainstream, there's a good chance it's on Crunchyroll. That means you can find all the major shonen anime inspired by manga series on the service, such as Dragon Ball, My Hero Academia, Boruto: Naruto Next Generations, and Black Clover, as well as slice-of-life and isekai, the latter of which has dominated the anime industry for the past year. Which isn't to say that this is all Crunchyroll has to offer--the anime streaming service just primarily markets these types of shows to the average anime lover and is the most widely available anime app out there, and is available on most roku-like devices out there, making it easy to keep up with all the latest anime.

Of all the anime streaming services in this guide, Crunchyroll is the only one that allows you to watch anime for free--you just have to contend with ads. However, if you can afford it, we highly recommend paying for Crunchyroll Premium. Though watching anime ad-free is nice, the true perk of Crunchyroll Premium is getting access to new episodes a week early. Paying also nets you access to a manga library and discounts in the Crunchyroll Store. 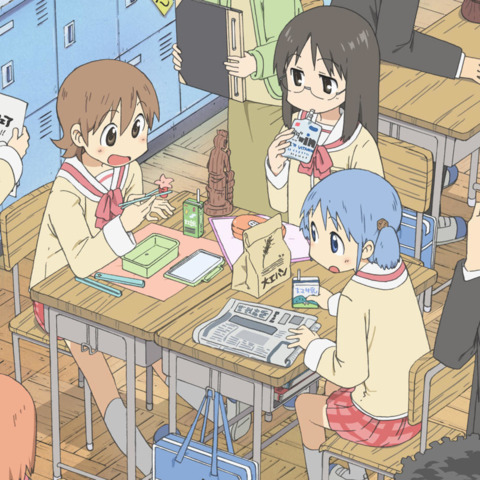 Bottom Line: Best for those who prefer dubbed anime

Funimation is not the only streaming service to offer dubs of anime, but it is probably the best. You can find shows in their original Japanese audio too, though in terms of unique content, Funimation doesn't stand toe-to-toe with other services.

When it comes down to it, a vast majority (read: pretty much all but a handful) of the anime on Funimation streaming app and website eventually make their way onto Crunchyroll or Hulu as well. Funimation doesn't really have exclusives like the other services on this list. Instead, Funimation holds the "exclusive" on certain simuldubs, dubbing certain shows quickly enough that the English dub of each anime episode releases the same day as the Japanese audio version. Eventually, these dubs do release elsewhere (usually Hulu), but subscribing to Funimation is the only way to get the simuldub.

If watching your favorite anime is your only aim, then the default Premium subscription should be sufficient. That said, if your whole family is looking to start watching anime, go for Premium Plus. It's just a little bit more but it allows up to five different people to watch on one account at the same time as opposed to just two, which is a good way to get the rest of your house or apartment into streaming anime and talking about it with you. 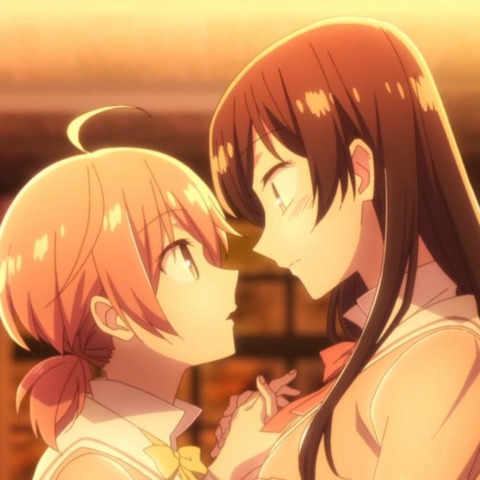 Bottom Line: Best for those looking for non-mainstream storylines or uncensored anime

When it comes to anime streaming websites, if Crunchyroll is like PlayStation (lots of excellent exclusives with mainstream appeal) and Funimation is like Xbox (trying to get its limited-time exclusives on as many other streaming services as possible), then Hidive is the Nintendo of the anime streaming website world--it has a lot of exclusive anime movies and series, and most are the types of stories you don't normally see get an anime adaption. Hidive also has its own way of doing things, offering extras that other streaming services usually don't.

For example, Hidive offers uncensored versions of all of its anime, something none of the other services on this list do. So if you think it's silly that a random beam of light would suddenly appear to blind you to a character's equally sudden indecency, well then, you may like Hidive. Additionally, Hidive does a little more with its dubs. For instance, the dub of Princess Principal takes into account each character's nationality, so the Japanese characters still primarily speak in Japanese when talking to each other and the European characters each speak with a different accent based on where they grew up. It's a small but very cool detail, so it's something anime buffs should take into consideration.

Hidive is the cheapest option out of this entire list (you can even watch some of Hidive's anime for free, though only about a dozen shows--nowhere near the number you'd find on Crunchyroll). That said, you're getting that price cut at the cost of a smaller anime library. Hidive doesn't have all of those mainstream titles like Dragon Ball and My Hero Academia--the service is best for those who are particularly starved for women-led and queer-positive storylines. 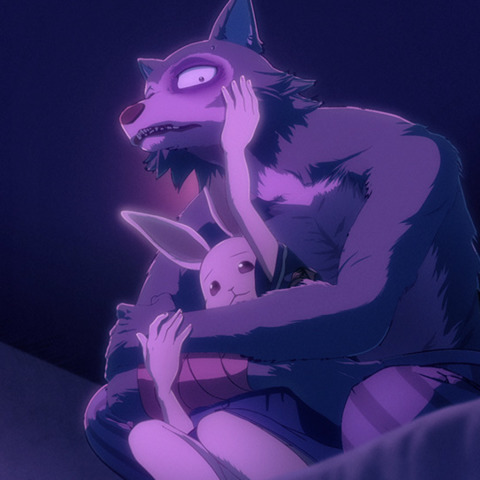 To put things bluntly, your experience with watching anime on Netflix will largely depend on where you live. If you live in the US, you will come to understand the concept that the anime community has both affectionately and irritably named "Netflix Jail." If you live anywhere else in the world where you can watch Netflix, you're probably fine. Just ignore the next few paragraphs and count yourself lucky that you get access to certain anime before everyone else.

Netflix has some top-tier exclusives in its Netflix Originals line-up. When it comes to anime, Netflix aims for an older audience--for example, Aggretsuko addresses sexism in the workplace, Devilman Crybaby includes hardcore depictions of violence and all-out nudity, and Violet Evergarden is all about coping with grief. There's lots of heavy material, but they make for good shows. The problem is that Netflix doesn't release these shows in the US until they finish airing. For instance, Beastars premiered on Netflix on October 8, 2019 and the final episode was added on December 26--but that was only for countries outside the US. All 12 episodes finally came to the US on March 13, 2020 when the show was released from "Netflix Jail."

That's just a very long way of saying that Netflix markets anime exclusively to binge-watchers. Netflix is the worst service to subscribe to if you want to stay apprised of all the newest anime series as they air. If you're looking to catch up with anime, it's great--you have plenty of excellent older shows like Kill la Kill, Haikyu, and Fate/Stay Night to keep you occupied while you wait for the next Netflix Original anime to drop, though some classic anime are notably missing. But in comparison to the other services on this list, Netflix is about TV series first and popular anime series second, so think of it as an additional cost to complement your subscription elsewhere. 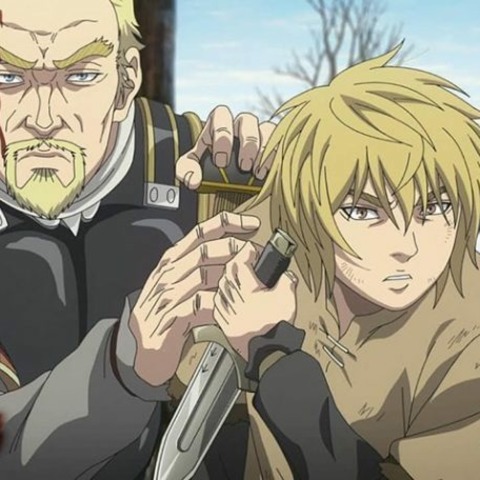 Amazon Prime Video is a hard service to recommend for people who have just fallen in love with anime. Granted, it has some particularly stellar exclusives--Amazon Prime Video has provided strong Anime of the Year contenders for several years now. But Amazon does very little to advertise the anime coming to its service, so if you don't know what you're looking for, there's a good chance you'll miss it.

If you're just getting into watching anime, we'd urge you to look elsewhere. However, if you're someone who has their fingers on the pulse of the industry and regularly keeps track of where all the dozens of new anime end up each season, then you want to have Amazon Prime Video. As mentioned above, the service has some really good exclusives.

Like Netflix, Amazon Prime Video is on the more expensive side than the other services listed. That's fair; like Netflix, you're getting more than just anime--both services offer plenty of excellent live-action content as well. But that also means that, like Netflix, this service isn't the best deal if your sole aim is anime.

Of course, if you already have an Amazon Prime subscription, which costs $99 a year and gets you free two-day shipping among many other perks, you'll also get unlimited access to Prime Video included with your membership. 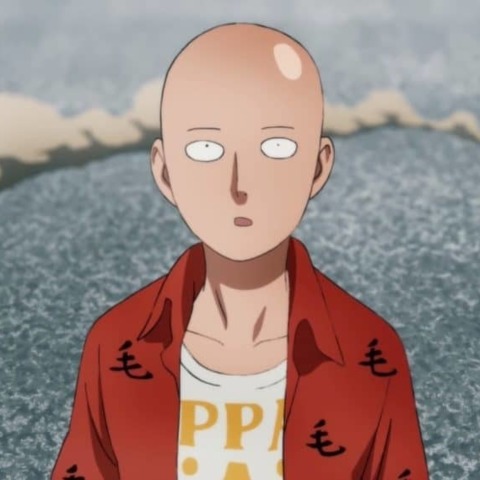 Hulu doesn't really have an identity of its own when it comes to the anime on its service, instead hosting a collection of series you can also find on Crunchyroll, Funimation, Hidive, and Amazon Prime Video. This, however, does make the service particularly friendly toward those just getting into anime.

Hulu doesn't have any notable original or exclusive anime. Instead, it hosts both Japanese audio and English dub versions for several mainstream, experimental, and adult-oriented series. Regardless of where you are in life, Hulu likely has an anime that will appeal to you. It's also very easy to find new anime on Hulu, as the service probably does the best job out of all the ones on this list when it comes to recommending new shows based on what you've watched in the past, making it easy to intermingle popular anime with a TV series or movie on the weekends.

The problem you run into with Hulu is that the service doesn't get the exclusives of other subscriptions and doesn't get new anime as quickly as Crunchyroll, Funimation, and Hidive. And though it's a good selection overall, Hulu's anime library is limited in comparison to its competitors. So though Hulu is the best subscription for getting your feet wet when it comes to anime, it's unlikely to keep you satisfied for more than a year if watching anime becomes a regular hobby. At that point, you may want to pair this subscription with Netflix or Amazon Prime Video or cancel it altogether and look to invest in Crunchyroll, Funimation, or Hidive depending on your tastes.