The PS5 and Xbox Series X look incredible on 4K TVs with HDMI 2.1 support, and these are the best ones that get the most out of the new consoles.

While we've seen plenty of new 4K TV announcements over the last several months, but many of those televisions won't hit the market for quite some time. But fear not, as you still have plenty of options. If you want a brand-new 4K TV for your PS5 and Xbox Series X right now, you have several great choices that won't leave you disappointed. There are a number of 4K TVs that work well with the new consoles, both of which have specific features that only HDMI 2.1-capable displays can take advantage of. The big one is a 120Hz refresh rate, which games like Call of Duty: Black Ops Cold War and Devil May Cry 5: Special Edition can run at. The high refresh rate isn't a requirement, but it helps games run smoother and look even better in motion. Most TVs with this feature don't actually include it on every port, so make sure you connect your consoles to one that does make use of it.

Of course, a 120Hz TV is not required for any Xbox Series X or PS5 games. While a gaming monitor in comparison to a TV will ultimately have higher refresh rates, you'll be more than happy with any good 4K TV running at 60Hz as long as it has decent input lag or a specific game mode. Despite this, the benefits are clear to see in compatible games. 120Hz provides a much smoother experience than 60Hz and is most helpful in competitive gaming. Most compatible games only offer 120Hz modes in specific modes, such as multiplayer in Call of Duty: Black Ops Cold War and Gears 5. Devil May Cry 5: Special Edition, on the other hand, lets you enable 120Hz in its single-player campaign.

If you want a 4K resolution with 120Hz refresh rate and HDR, you're going to need a TV with an HDMI 2.1 port. This ensures that your TV can accept the speeds afforded by HDMI 2.1 cables--48Gbps--which are what the PS5 and Xbox Series X utilize to transfer video and audio signals to your television. HDMI 2.1 is still relatively new to consumer displays, with only a select few TVs supporting it and no PC monitors currently available on the market that support it--though Asus has announced HDMI 2.1 monitors that should release in the near future. (If you're still interested in using your new console with a monitor, see our picks for the best 4K gaming monitors available now.)

Two of the benefits that HDMI 2.1 provides to gamers are built-in variable refresh rate (VRR) and low-latency technologies. VRR provides you with a smooth, stutter-less image during gameplay, while Auto Low Latency Mode (ALLM) provides zero lag between your inputs and the action on-screen.

Click To Unmute
How To Get The Best TV For PS5 And Xbox Series X, Gamescom 2020 Breakdown | Generation Next
Share
Size:

Xbox Series X and PS5 games play just fine on any TV that has HDMI ports. You'll only be able to see 4K and 60Hz with HDR like the Xbox One X and PS4 Pro offered, but with only a handful of console games taking advantage of 120Hz, an HDMI 2.0 TV will serve you perfectly well for now. At this time, the majority of games target 4K and 60 frames per second, though I'm sure we'll see a number of different resolutions and frame rates across titles, consoles, and performance modes.

Some of the games that will have 120 FPS modes on the PS5 and Xbox Series X include Call of Duty: Black Ops Cold War, Dirt 5, and Devil May Cry 5: Special Edition as well as previous-gen games with native upgrades like Rainbow Six Siege, Gears 5, and Ori and the Will of the Wisps. That list will likely grow, but as you can see, most of the marquee next-gen titles won't require a 120Hz TV to see the full slate of benefits.

The PS5 and Xbox Series X both claim that they're capable of an 8K resolution, and HDMI 2.1 does support the transfer of 8K and 60Hz. Despite this, the PS5 and Xbox Series X don't currently feature any games that output a true 8K resolution, and I don't expect either one to be able to do this with a stable 60 FPS frame rate. 8K resolution TVs are currently being sold, but they are incredibly expensive. Even if you have an exorbitant amount of money to burn, I'd still suggest going with one of the 4K, 120Hz options available and save the rest of your money for the consoles and games themselves.

Best TVs for PS5 and Xbox 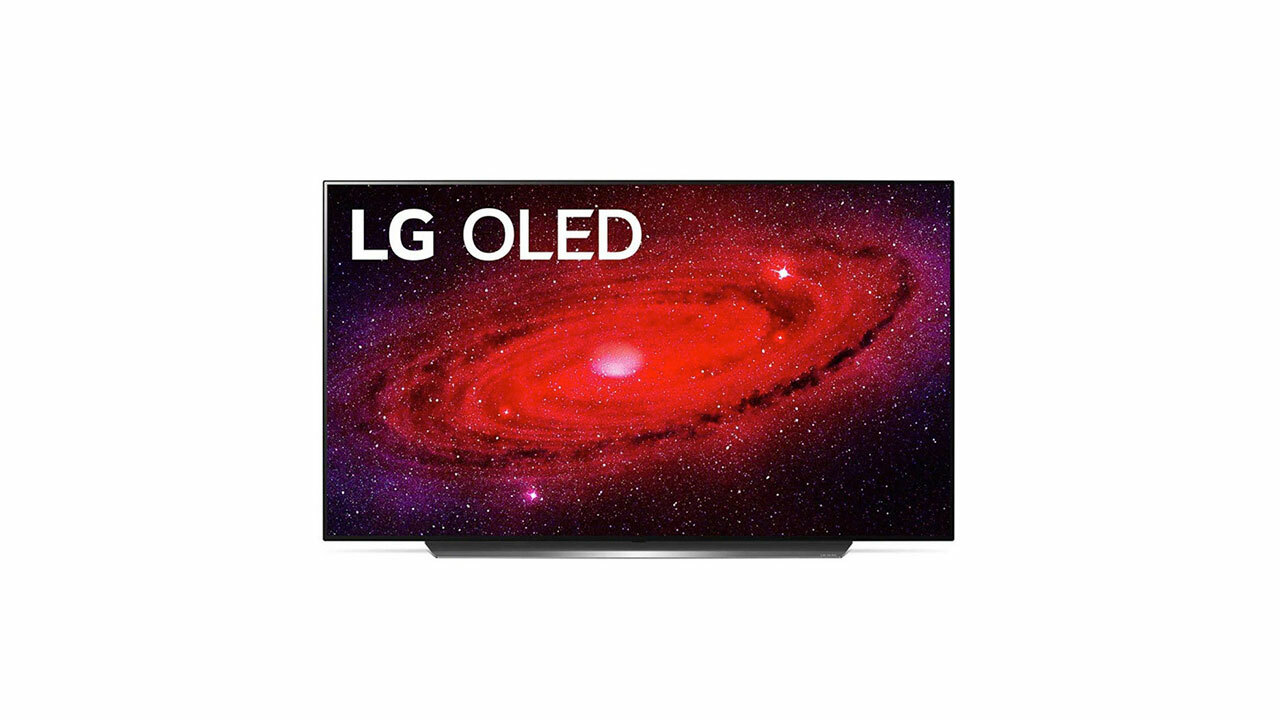 The LG CX OLED series of 4K TVs is fantastic for gaming with features like G-Sync compatibility via FreeSync and game mode, HDMI 2.1 support, and a 120Hz refresh rate. With its OLED panel, the LG CX series OLED TV also provides gorgeous, vibrant colors and near-perfect black levels for a gaming TV, especially when used in conjunction with HDR content, which both the PS5 and Xbox Series X offer. 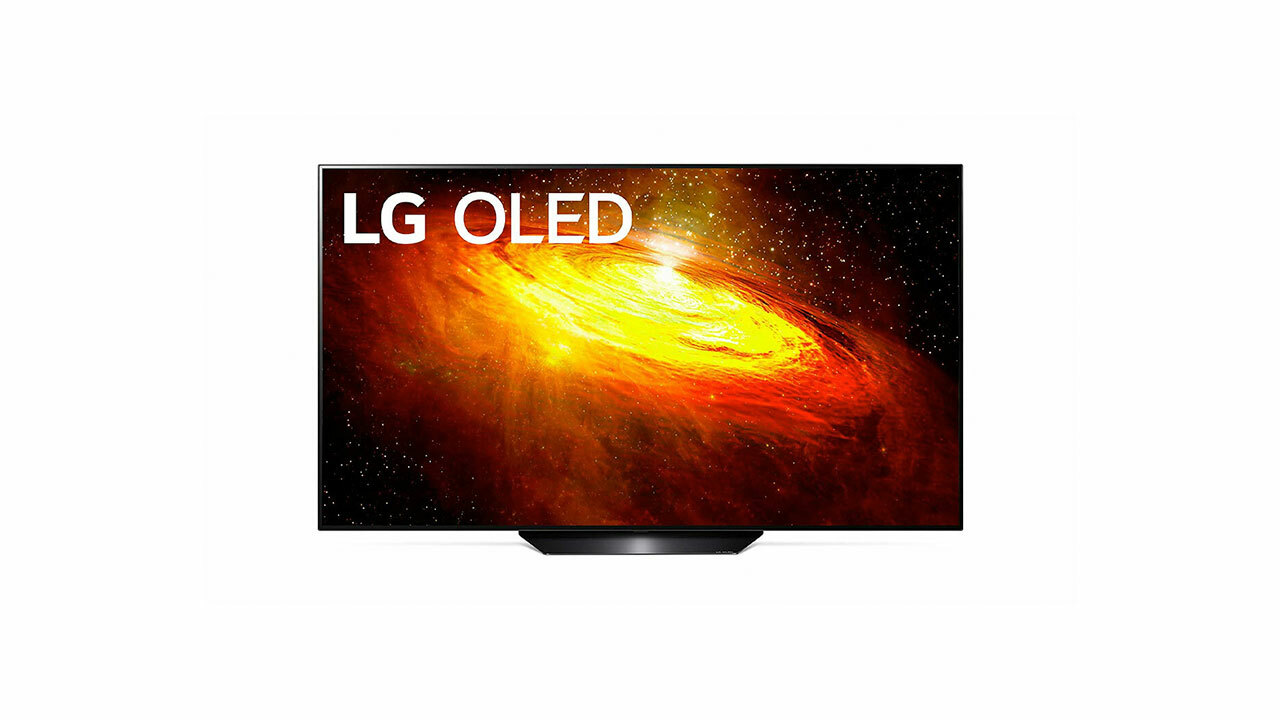 The LG CX OLED and LG BX OLED are very similar 4K TVs, though while the LG CX OLED features four HDMI 2.1 ports, only two of the LG BX's support the new technology. It's also not as bright, but it still produces a beautiful image. If you need to save some money and have your heart set on an OLED display, the LG BX OLED is worth your time. 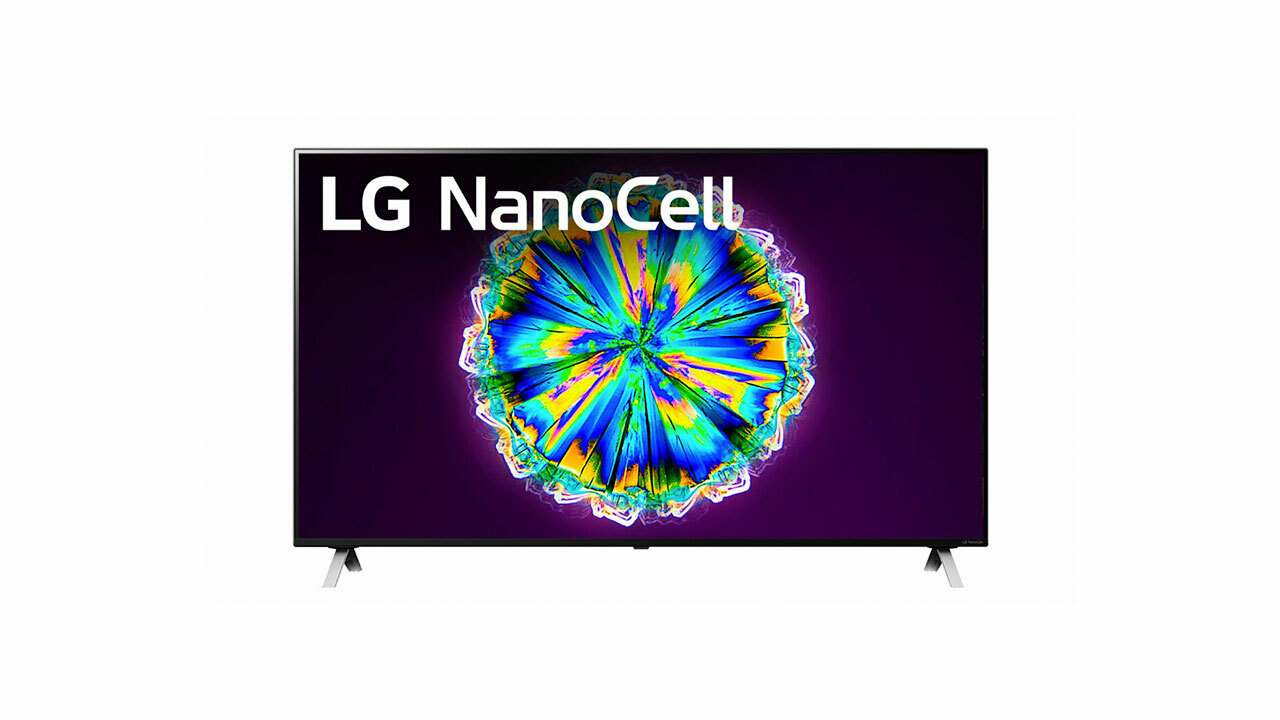 LG's NanoCell 85 series are the best, most affordable 4K TVs with HDMI 2.1. The 85 series 4K TV comes with four HDMI ports, two of which are HDMI 2.1. The TV boasts a 4K display with a 120Hz refresh rate, making it a great budget option for the PS5 and Xbox Series X. The 85 series is already pretty affordable, but during Black Friday, you can snag any of its sizes at an even cheaper price. 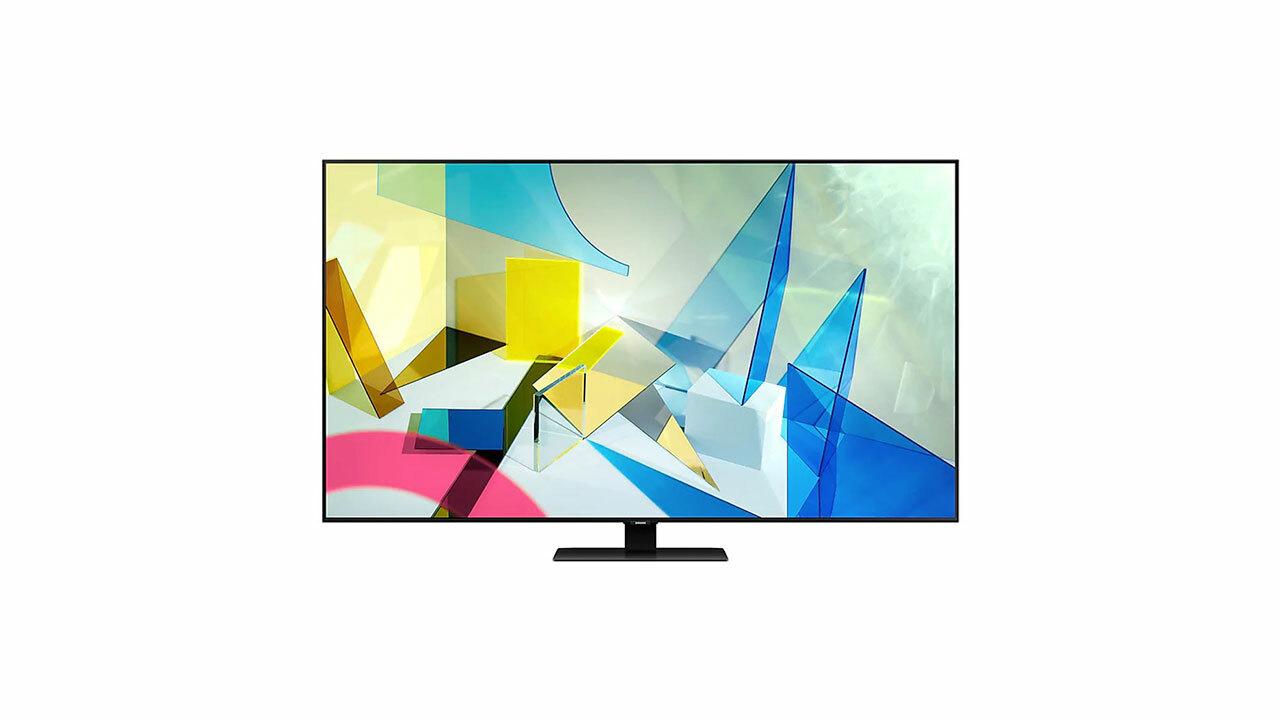 Samsung's QLED displays serve as a bridge between the LED and OLED TV, offering better colours in both the bright and dark ranges. The Q80T is a far cheaper option than the company's Q90 model while also being quite similar in performance. The Q80T also has everything you need for the PS5 and Xbox Series X, including HDMI 2.1, 120Hz refresh rate, and G-Sync compatibility via FreeSync. 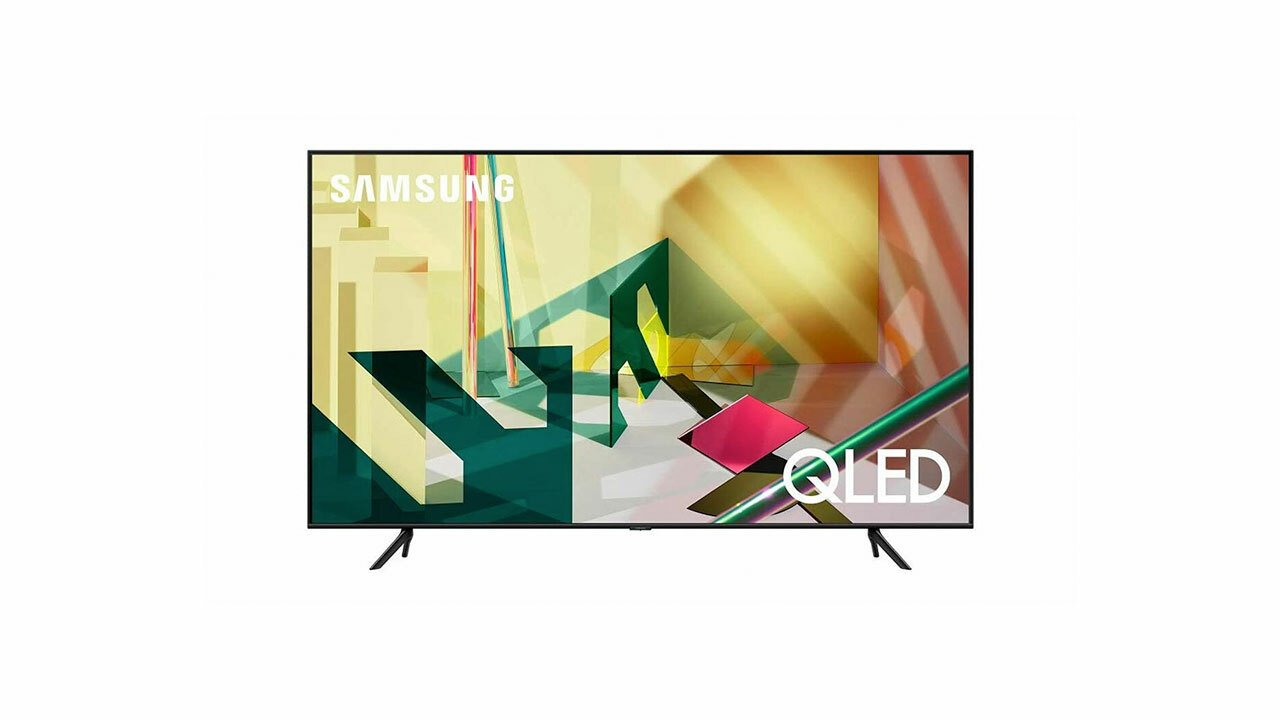 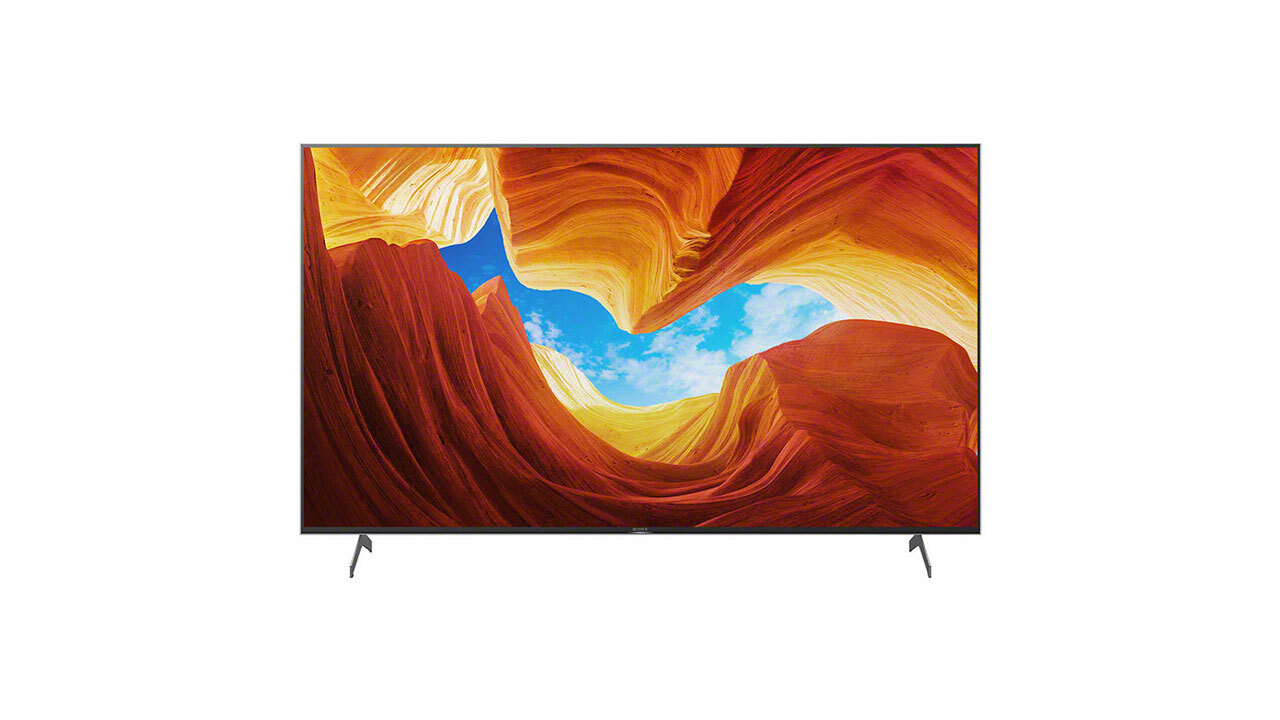 The Sony X900H comes in slightly cheaper than the Q80T, and a firmware update later added 4K 120Hz gameplay complete with low input lag and great picture quality. This makes it a perfect choice for budget-minded players who want HDMI 2.1 but don't need all the extra features that can send a TV's price soaring, and it's still going to make PS5 and Xbox Series X games look great.