The casual-gaming boom has benefited a number of companies, but few have capitalized on the trend like PopCap Games. PopCap efforts such as Bejeweled and Zuma have spread from the PC to the PlayStation 2 and the iPhone, and the list of platforms that haven't played host to the publisher's wares seems to get shorter every day.

For example, today PopCap is scratching Sony's PlayStation 3 off of the list. The casual-games publisher has entered into an agreement with Sony Online Entertainment to see five of its games appear on the PlayStation Network downloadable-game service.

The first of those games, Bejeweled 2, will arrive later today as part of the weekly PlayStation Store update, and will cost $9.99. The other PopCap Games set to appear on the PS3 are Zuma, Heavy Weapon, Feeding Frenzy, and Peggle.

All five games have already been released on multiple platforms. Bejeweled 2 Deluxe was actually an Xbox 360 launch game in 2005, helping to establish the Xbox Live Arcade downloadable-game service out of the gate. For more on the game, check out GameSpot's review of Bejeweled 2 Deluxe for the Xbox 360. 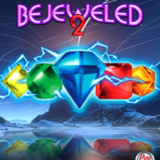