A portion of all sales of the retro-style sim will be donated toward saving the bees.

Players looking for a relaxing, easygoing game for their next adventure will bee in luck soon, as Whitethorn Games--publishers of indie hit Lake--and TNgineers have announced their beekeeping sim Apico will launch May 20.

Apico follows the story of a former big-city worker who returns home to their parents' rural home and is charged with taking care of the bee population in the town. Players will gather resources, craft tools, and breed over 30 unique species of bees in order to keep the bees alive.

The game also features a breeding mechanic that will allow players to birth unique species of bees, including some that previously lived on the island but were eventually lost. Up to four players can join together using Apico's cross-play co-op, letting them match with friends regardless of what format each one is using.

Developer TNgineers have also confirmed that a portion of all sales of Apico will go toward beekeeping conservation and restoration efforts, with co-founder Ell saying the studio "hope[s] Apico inspires people to save the bees, real and virtual."

Apico launches on PC digital storefronts including Steam and the Epic Games Store on May 20. The game will also launch on all home consoles, but no specific launch date has been announced for those versions. 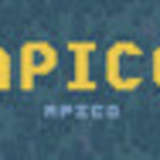