Beatmania has become something of a cultural phenomenon in Japan.

Beatmania has become something of a cultural phenomenon in Japan. Konami's technically simple entry in the blossoming music game genre has garnered itself a huge following in its native Japan. We've seen home conversions on the PlayStation, Sega Saturn (both complete with their own turntable control pad)… even a key ring companion version. Finally, the Game Boy edition is here, although it is so far only available in Japan. If you can find it, however, it really is worth importing.

So what's Beatmania all about? Players are asked to match a series of beats, marked on the screen as lines that scroll down in six different aisles. When a beat reaches the very bottom of the play area, you must press the button that corresponds to what aisle it is in - five normal buttons (left, up, right, B, A) and a "scratch" of the turntable (Start). Time your button presses right, and your DJ rating increases - make too many mistakes, and the game is over. Look, it's a lot more fun than that sounds, OK? Like the rest of the new music game genre, this is all about timing and, when you're given a chance, style.

While the idea of break-beat and hip-hop music being pumped through the Game Boy's under-powered sound system may seem ludicrous, Konami has managed to work around the hardware constraints. The tunes (and, yes, they do actually sound like tunes) are in all manner of styles and are - in what must be a Game Boy first - actually hummable. You get reggae, hip-hop, techno, and, for the real game junkies out there, remixes of other Konami game tracks. Playing the notes correctly makes a light show get into gear on the right side of the screen, full of random characters, pretty objects, and lots of flashy colors. It's a great way to show off the abilities of the Game Boy Color.

For the more patient types, we'll have a more detailed look at Beatmania when (Konami willing) it is released stateside. 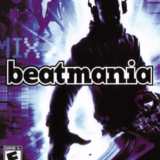