At today's Camp EA event, Electronic Arts demonstrated Battlefield Vietnam for the first time ever. Its predecessor, Battlefield 1942, has been a hit in the first-person shooter genre, offering a new take on teamplay mechanics. Not content to rest on their laurels, the developers at Digital Illusions are bringing that formula to the Vietnam theater of war, adding new features and refining some of the key aspects of Battlefield 1942.

Battlefield Vietnam will feature overhauled graphics powered by a new rendering engine. Unlike in Battlefield 1942, all the characters in the new game will be rendered with normal-mapping and bump-mapping, which makes them look considerably more detailed. If you manage to get close enough to a soldier, you can actually see seams on uniform pockets and belt buckles glistening in the sunlight. Treads on vehicle tires have a more discernible depth and texture as well. Perhaps more importantly, bare patches of ground are now enhanced with bump maps, as are wooden beams and floors inside of straw huts.

The new game will also feature greatly enhanced terrain. Instead of the barren patches of ground you may be used to seeing in Battlefield 1942, you'll see dense grass on the jungle floor, which you might expect from the new game's setting. This extra foliage doesn't just serve an aesthetic purpose; the grassy patches allow players who go prone to conceal themselves from view and ambush unwary opponents at close range. EA representatives demonstrated this for us by having a couple of testers lie prone in the grass while another tester watched them from a few yards away. As the soldiers went down, their outlines effectively disappeared from view. You'll still be able to reveal locations and the identity of hidden opponents if you mouse over suspicious areas long enough, but the time you waste doing that should be plenty of time for a hidden enemy to get the drop on you.

Another interesting feature demonstrated for us was the new radio system. One of the goals in Battlefield Vietnam is to remind players of many famous scenes from Vietnam War movies such as Full Metal Jacket or Platoon. Since the music of the '60s was such a big part of Vietnam War movies, you'll be able to activate a radio in most vehicles that will play some preloaded '60s tunes such as The Kinks' "All Day and All Night." To demonstrate this, the EA testers hopped into several Huey gunships and flipped the radio to Richard Wagner's "Ride of the Valkyries," alluding to the infamous scene from Francis Ford Coppola's Vietnam War film Apocalypse Now. Interestingly, other players near your vehicle will actually hear the song you're playing emanating from it. It eliminates some element of surprise, but intimidating your enemies with your Huey while blaring "Ride of the Valkyries" out of a loudspeaker should outweigh any competitive disadvantage. It hasn't been determined yet if players will be allowed to load their own music into the radio, but even if the feature is added, it's not likely that new music will be audible to other players in the game.

EA also noted that the control point system in Battlefield Vietnam will be tweaked to better encourage teamwork. In the original game, the amount of time it took to capture a flag was static, regardless of how many teammates you had near the flag. The control points in Battlefield Vietnam will be governed by "man-seconds" instead. So, if a certain flag normally takes 60 man-seconds to capture, then bringing two players to the flag will reduce the capture time to 30 seconds. A four-man team would be able to control the area in just 15 seconds, and so on. This obviously encourages teams to become more organized about capturing spawn points.

While the two sides in Battlefield 1942 were basically carbon copies of one another (with some minor differences), the developers at Digital Illusions intend to make the US and North Vietnamese forces in Battlefield Vietnam differ in more-drastic ways. The US forces will rely more on air power, specifically helicopters. The demonstration match we witnessed between teams of EA testers included a lot of Huey helicopter gunships, some of which were armed with rocket pods, and others of which included a door-mounted machine gun. US Hueys are also able to lower a chain, which can be used to pick up a jeep or tank and transport it across the map. However, carrying a vehicle drastically changes the flight characteristics of a helicopter. We watched as one Huey pilot carelessly dropped a Sheridan tank at a bad angle, which caused the tank to roll into the river and killed the driver inside. Aside from the helicopters, the US will also get F-4 Phantom jets, which can drop napalm bombs. Napalm bombs explode in a huge fireball and create flames that last for several seconds.

No heavy vehicles on the North Vietnamese side were demonstrated for us, although one of the small vehicles that side can commission is the tiny Vespa scooter. However, we were able to see a few of the North Vietnamese army's special advantages. Booby-trap devices, such as an implement that unleashes several large, rolling logs, can be placed at a base on the top of the hill. US soldiers coming up the path can get caught in the rolling onslaught and get pushed back down. NVA engineers can also get a special tunnel exit that spawns at their base, and they can place these items anywhere on the map. These tunnel exits serve as portable spawn points, so clever engineers can place them behind the front lines of a battle and catch American opponents by surprise. The North Vietnamese army also gets a special sixth class, the Vietcong. Details about the VC are currently sketchy, but they will be outfitted with a special kit and will be immune from movement speed penalties, even if they pick up a heavy weapon.

EA officials are noting that Battlefield Vietnam is still early in development, so balance changes to weapons, vehicles, and classes are still likely to happen in the coming months. Despite that, we were impressed by what we saw today at Camp EA, and the features demonstrated should ensure that the final game won't look and play like just another version of Battlefield 1942 with a few different vehicles swapped into it. The game is scheduled for release in spring of 2004. 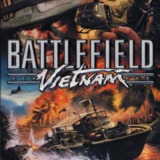