EA is reloading with an action-packed expansion that will introduce some awesome infantry abilities to the core game.

Battlefield 2: Special Forces is proof that EA isn't slow to reload. Less than a month after Battlefield 2 hit shelves, to the delight of countless gamers, EA revealed the first expansion for the game, due out later this year. And, as the name suggests, the focus of this expansion is infantry combat in all its glory. But don't take that to mean that vehicles are going to get the shaft in this expansion, because the producers are keenly aware that the heart of the Battlefield series is the interaction between the infantry and the many different kinds of vehicles.

"The focus is on the infantry experience," explained producer David Yee. "We want all soldiers to feel like supersoldiers running around the map." And judging from what we've seen, that'll certainly be the case, because Special Forces will allow whole new levels of mobility and agility. Trust us when we say you're going to be scaling up buildings and zipping across wide chasms.

Special Forces will introduce six new factions to the game, a huge jump from just the three that shipped with Battlefield 2. So joining the US Marine Corps, the Chinese military, and the fictional Middle Eastern Coalition are the British SAS, the US Navy SEALS, the Russian Spetsnaz, the MEC Special Forces, and two fictional rebel groups, one of which is in conflict with the Spetsnaz. The thing to keep in mind is that these are full-sized factions, so the SEALS will feature six character classes along the lines of the current antitank, assault, support, medic, and more. To arm these new factions, Special Forces will rely on a mix of existing weapons along with 12 new weapons, sprinkled throughout the six new factions to add some variety. And while we're on the topic of content, you'll have 10 new vehicles, including the Apache attack helicopter, which was a popular request among the community.

The big news about the eight new levels is that they will be focused on enhancing the infantry combat. They won't necessarily be smaller than existing levels, and they will still scale from 16, 32, and 64 players. However, expect a lot more tight confines to fight in, such as building interiors and narrow streets. These are places that are unfriendly to vehicles, but heaven for infantry. For now, we understand that the new levels are set in the Middle East and Asian settings of Battlefield 2, and we saw a dry, arid airfield, with huge, lumbering transports waiting on the tarmac, as well as lots of warehouses. "There are a lot more cover objects, a lot more concentrated areas for firefights," Yee said. "They're not smaller, but designed to be better for firefights." These new levels will also introduce new types of dynamic objects, such as doors and elevators, as well as more destructible objects.

You're going to love what special forces will be able to do in these new environments, as well. That's because the designers are putting zip lines and grappling hooks into the game. A zip line lets you shoot out a rope to about 75 meters (that distance is subject to change due to testing), which means that not only can you slide down to the ground quickly from, say, a hotel rooftop, but you can also shoot the rope horizontally to move high above everyone else. The grappling hook will let you either climb up a building quickly (just run up to the side and toss it up) or get down from a tall building quickly. And since this is a team game, you or your buddy can shoot out a grappling line or a zip line and everyone can use it. This also means that you should make sure to pick up your grappling line as you go, because not only will it leave a telltale sign of where you went, but enemy forces can also use it to come up behind you.

The new levels will also feature night levels, which means the introduction of night-vision goggles, and these are being balanced in a realistic way. While night-vision goggles do let you see in the dark, they do so by amplifying minute amounts of existing light. The problem is that if you come upon a bright light source, like a street light, the night-vision goggles amplify that as well. And if the goggles can take something like moonlight and make everything a greenish daylight, a bright light will be amplified to the point where you can't see anything around it. We saw an example of this when two commandos shot at opponents under bright light. One had night-vision goggles on, and you couldn't even make out the enemy, but the commando without night vision could see the targets fine. There will be other cool effects, such as tracer fire and muzzle fire, which will help you locate enemies if you don't have night vision on. Night-vision goggles will have a battery meter of sorts, kind of like your stamina meter, so you won't be able to leave it on all the time.

Since you're dealing with special forces, you will also have the chance to play around with tear gas and flashbang grenades. Tear gas grenades are just that, and they create a noxious cloud that will blur your vision and make it difficult to see anything. The solution will be to don your gas mask, but the price will be that you won't be able to run (it's hard to breathe quickly through the gas mask), and your overall movement will be hindered. Flashbang grenades will also disorient you, and they have the effect of making you unable to see for brief amounts of time.

With all this emphasis on infantry, it's easy to get the idea that vehicles will be eliminated from these new maps, but we're told that there will be armor and other vehicles to play with as well. Special Forces is being developed by Digital Illusion's Canadian studio, which handled Battlefield Vietnam. DICE's Swedish studio, which developed Battlefield 2, will continue to address live issues with the game. We're big fans of Battlefield 2, and all this new content is undoubtedly cool and exciting. In fact, we can't wait to get our hands on it. However, we'll need to wait until it ships later this year. 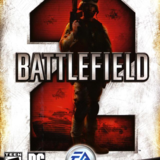