Battlecry Studios announced that the global beta of Battlecry is now live for signups, just in time for E3 2015. You can sign up at the official website.

This announcement coincides with the new Battlecry trailer revealed during the Bethesda's inaugural E3 press conference. The trailer also revealed the Han Republic, an Asian squad featuring some previously-announced classes including a monk character.

No word yet if the monk is a new class or if it's one of the five known classes. New combat gameplay also featured Asian-themed arenas befitting the early 20th century setting, mostly with industrial backgrounds.

The trailer also provided a refresher of the five announced classes, the hammer-swinging Brawler, the far-reaching Enforcer, the agile, dual wielding Infiltrator, the ranged bow and arrow prowess of the Ranger, and the gun-wielding Gadgeteer.

For more on what went down at the event, check out our Bethesda E3 2015 press conference news round-up. 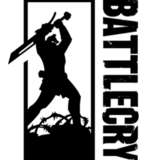