Renewed shall be the game that was broken…

Released in 2004, The Lord of the Rings: The Battle for Middle-earth was a high point in a period when EA had the license to make games based on Peter Jackson's film trilogy. That license reverted to Warner Bros. in a messy handover in late 2008, condemning the Middle-earth real-time-strategy series to licensing hell--but now a group of fans is bringing it back with a modern engine, Kotaku reports.

The project is fittingly named The Battle for Middle-earth: Reforged and was first announced in 2018. However, a recently released video showcasing a whole chunk of gameplay has brought BFME:Reforged back into the limelight.

Due to licensing issues and the age of the original game, it's difficult for fans to get a hold of EA's original version of BFME, and even harder to get it working on a modern computer. However the Reforged team is going further than just making the game playable again, instead giving it a full graphical update, as well as adding new features and effects. The project's website describes a team of fans working on the unofficial remaster, with some working almost full time on it.

The current plan for BFME:Reforged is to work towards a beta with two factions included, and from there to add four more factions before the full game is released. You can check out the Reforged website to follow along with the project as it progresses. 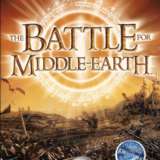 The Lord of the Rings: The Battle for Middle-Earth (2004)
Follow