Batman: Arkham City Lockdown arrived on the iOS App Store this morning, signaling the first mobile effort from NetherRealm Studios, the developer behind Mortal Kombat. The $6 iPhone and iPad action game puts Batman back in Arkham City for a series of one-on-one Infinity Blade-style fights against the likes of the Joker, Two-Face, Deathstroke, and more.

While Arkham City Lockdown is the first Batman title from NetherRealm Studios, a number of the studio's developers have worked with the DC Comics icon before. NetherRealm was formed out of Midway's Mortal Kombat team after Warner Bros. acquired the publisher in 2009. The last project the studio made under the Midway brand was Mortal Kombat vs. DC Universe, which starred Batman, Joker, and Deathstroke, among others.

For information on the iOS game's console counterpart, check out GameSpot's coverage of Batman: Arkham City. 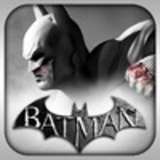