We discover Bastion's teeth as we play a new level in the upcoming action role-playing game.

Supergiant Games' upcoming Bastion reminds us of the Killer Rabbit of Caerbannog from Monty Python and the Holy Grail. On the surface, the game has a winning charm, but look closer and you'll find some big teeth that will take your head off--which is something we actually like about it. We came to this realization after spending some time with the game at a recent Warner Bros. Interactive pre-E3 press event at which a new level was playable.

The new level was from roughly halfway through the upcoming action role-playing game and offered a more advanced challenge than the tutorial we had previously played. The environment was a swamp-like area populated by killer plants, tall reeds, new enemies, and a challenging boss who's in a sour mood. The action unfolded with the same cool evolution of the world around you; the level pieces itself together as you explore. As before, the ever-present narrator was on hand to offer dynamic running commentary on the action. This time out, it's pretty crucial that you pay attention to what he has to say. Being from much later in the game, the level was much more challenging than the tutorial, which made what the narrator had to say vital for survival.

Besides the omnipresent useful tips, the game provides you with a spear. This new weapon is handy for dealing with the enemies you'll encounter, which take the form of airborne critters that swoop in and plants that fire spores at you. Other foes, such as a jumpy armored frog thing, require you to maneuver to get around their armor. The biggest hassle was the aforementioned boss, which griefs you for a fair chunk of the level. The wormlike enemy shoots out of the ground to have a chomp on you, forcing you to get very good at timed dodges. While it's initially invulnerable to your attacks, the tables turn once you find the spear. The boss fight isn't easy, but it's doable once you become a ninja at the timed dodges--and you will.

Though the level's difficulty was a kick in the teeth compared to the tutorial, you'll have some control over that thanks to the shrine system. Over the course of your adventure, you'll come across shrines that will let you invoke various gods who will impact the game's difficulty, which we expect will be handy for some. That said, we like the fact that nothing in the level we played was impossibly difficult. Bastion seems like it's going to be a game that requires you to be a little paranoid and thoughtful to avoid horrible death, and that is fine by us. The only minor rough patch we noticed was navigation being a little tricky in one or two spots because it wasn't clear what to do next, although to be fair, we were playing the game in a noisy room and couldn't always catch what the narrator was saying.

Based on this latest slice, we're excited to try more of the game. We're pleased to see there's plenty of substance to complement Bastion's style. While the unique atmosphere and narration are cool, Bastion wouldn't be much without a rock-solid game as its foundation, and it's becoming clearer each time we play that Bastion has the goods. The game is slated to be available later this year on Xbox Live Arcade. Look for more on it later this month and from E3. 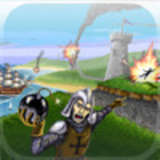