Sci-fi role-playing game from Supergiant Games to launch in early 2014 for unspecified platforms.

Bastion developer Supergiant Games today officially announced its next project, a science-fiction-themed action role-playing game called Transistor. An early build of the game will be playable this week during PAX East in Boston, Massachusetts.

Transistor casts players as a young woman who wields a powerful weapon that was at one time used by a group of assailants in an attempt to kill her. Players must fend off this squad of attackers, as they attempt to recapture the weapon.

The game is due for release in early 2014. Platforms for Transistor have not been announced, nor has a publishing partner for the game.

Supergiant Games previously partnered with Warner Bros. on Bastion, which originally launched on Xbox Live Arcade in summer 2011, before spreading to a host of other platforms, including PC, Mac, and iOS. It has sold 1.7 million copies to date. 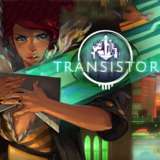