In September, a federal judge dismissed a First Amendment lawsuit brought against Sony by a disgruntled gamer who had been banned from the PlayStation Network. Undeterred, that gamer appealed the decision last month, and this week filed a new suit against Microsoft and Nintendo; this one bypassing the Bill of Rights and instead citing the Declaration of Independence.

In the suit, the San Jose, California, gamer takes exception to a recent Nintendo Wii system update that disables access to unauthorized third-party programs like the Homebrew Channel. Specifically, the plaintiff is upset about losing the ability to use a program that would unlock the character Rosalina in Mario Kart Wii. Ordinarily, a player would need to have a Super Mario Galaxy save file on the system in order to unlock that character.

"In federal terms, the plaintiff who relies heavily on video games for happiness, would like the federal court to decide if Nintendo is interfering with certain player's pursuit of happiness, which is stated in the United States Declaration of Independence," the suit states, "where Benjamin Franklin was in agreement with Thomas Jefferson in downplaying the protection of 'property' as a goal of government, replacing the idea with 'happiness.'"

The suit then states the Declaration of Independence was adopted on July 4, 1776, and quotes the portion dealing with the unalienable rights to "life, liberty, and the pursuit of happiness."

As for the Microsoft portion of the suit, the gamer had an Xbox 360 system suffer the "red ring of death" failure, and he claims he can't afford the $100 fee Microsoft would charge him to fix it. The suit claims the plaintiff's 360 is "only one of two ways in which he relies on to socialize," as he suffers from depression, obsessive-compulsive disorder, panic disorder, agoraphobia, and Crohn's disease.

The gamer is asking for $75,000 from Microsoft due to "the stress put on the plaintiff having to find a way to acquire a new Xbox 360 system and the sadness he will have in the meantime of finding one he can afford." As for Nintendo, the plaintiff wants $5,000 for interfering with his pursuit of happiness and an injunction preventing Nintendo from blocking access to the Homebrew Channel or the program he used to unlock Mario Kart Wii characters. 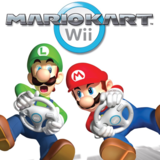