At the 2009 Electronic Entertainment Expo, Microsoft touted a number of new features coming to Xbox Live this year, including the now-available Avatar Marketplace and Facebook application. One addition that Microsoft didn't mention, but that was spotted later in July as part of a US Patent and Trademark Office filing, was Avatar Pets. Today, Microsoft made Avatar Pets official, announcing the digital companions will be available beginning December 3. 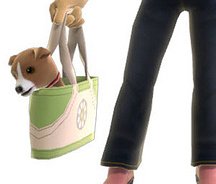 Twelve pets will be available as part of the initial run for Avatar Pets: Large Dog, Pug Dog, Dog in Bag, Cat, Siamese Cat, Long-Haired Cat, Goldfish, Guinea Pig, Pony, Monkey, Bird, and Snake. Pets will be available through the Avatar Marketplace for MSP 240 ($3) a piece.

As expected, limited edition Avatar Pets will also be available, beginning with a Final Fantasy chocobo this holiday. A tie-in to the March 9 release of Final Fantasy XIII, the chocobo pet will be available to gamers who register on the game's Xbox.com page. 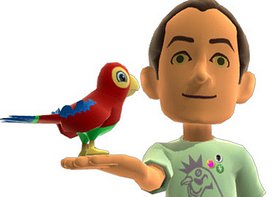 Microsoft did not indicate how gamers will be able to interact with their Avatar Pets. However, as part of Microsoft's patent application in July, the publisher indicated that pets would play a role in future advertising campaigns. Namely, Microsoft's filing suggested a way in which gamers would be compensated for advocating certain products with virtual pet food.

There are 383 comments about this story
Load Comments (383)