What we heard: Following a rumor that Avatar Kinect would launch in May, Microsoft did not utter a word about the social-themed, Kinect-powered chat feature for the Xbox 360 during its E3 2011 media briefing last month. Now, there's a report that Microsoft is readying the new software for release next Wednesday.

According to "company insiders" speaking with WinRumors, Avatar Kinect will debut on July 27. The download, which will be free for Xbox Live Gold members, will let the Kinect read facial expressions and replicate them on Avatars in online chat rooms for up to eight people.

The official story: As off press time, Microsoft had not responded to GameSpot's request for comment.

Bogus or not bogus?: Hard to tell, but looking not bogus. Last month, a Microsoft representative confirmed to gaming blog Joystiq that Avatar Kinect would launch in July. And with only so many days left in the month--coupled with Microsoft's affinity to release software on Wednesdays--July 27 is a distinct possibility. 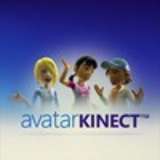