Dragonquest took to the PlayStation blog to detail some other aspects of Auto Chess' PlayStation 5 release. Alongside the "unreal load times," players will experience "the thrill [of] performing a successful move or game-finishing victory" thanks to the "extra punch" provided by the DualSense's haptic feedback.

Furthermore, thanks to the PlayStation 5's GPU capabilities, Auto Chess on the console will feature "next-level visuals" and "seamlessly smooth graphics."

Launching just before Auto Chess hits PS5 is Season 11: The Legend of Lamp Witch. This new season drops on March 28, introducing fresh challenges, more chessboards, and an all-new Chess Pass to work through.

There is a new piece and a PlayStation-exclusive chess player also available. Space Walker, inspired by Sun Wukong, uses his Martial class and Beast race skills to "expand the gameplay possibilities." Meanwhile, Date Masamune is a rare chess player that can be acquired through the in-game or PlayStation stores. Dragonquest said there's "so much awesome PlayStation-exclusive DLC" that players can download for Auto Chess, though what exactly remains unknown.

Auto Chess left its Early Access status on January 27 when it launched on PlayStation 4. 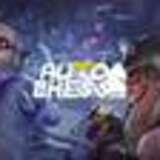