Developer of Blade Kitten and Legend of the Guardians: The Owls of Ga'Hoole rumoured to be closing its remaining Melbourne and Brisbane studios.

What we heard: Krome, creator of Ty the Tasmanian Tiger, has had a turbulent 12 months. It laid off staff at the end of 2009 across all three of its Brisbane, Adelaide, and Melbourne studios. More positions were eliminated in April this year, with the studio blaming "new challenges" for the cuts.

Things got worse a couple of months ago, when Krome confirmed to GameSpot that it had put an undisclosed number of its staff on notice pending the outcome of several of its projects, shortly after closing the Adelaide studio completely. Once again, Krome blamed external factors, such as economic challenges for the action, but claimed that current and future projects remained unaffected.

Today, Australian and New Zealand developer-focused Web site Tsumea reported on rumours of further layoffs, possibly resulting in the end of the developer altogether. Tsumea cites Twitter posts that suggest cuts at both the remaining Melbourne and Brisbane offices, with a full closure set to occur on Monday. It did, however, claim that some of Krome's employees will be brought back as contractors to finish remaining projects.

The studio recently worked on Game Room for Microsoft's Xbox 360, but its most recent games, Blade Kitten and Legend of the Guardians: The Owls of Ga'Hoole, received mediocre to fair reviews. The studio was at one point Australia's largest independent game developer with more than 400 members of staff across its various locations.

The official story: GameSpot contacted Krome's press department for confirmation, but no response was forthcoming as of press time.

Bogus or not bogus?: Looking not bogus that Krome has laid off more staff, but too early to tell if the studio will be closing for good. Given the studio's recent decline, though, the signs aren't good. 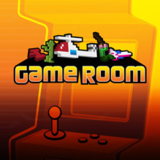