"It just falls into this pit of darkness because the government’s priorities are elsewhere."

It has been nearly a full year since a report was tabled with the Australian Government praising the country's game development industry. The report recommended that large amounts of federal support be provided to build upon the explosive growth the industry has exhibited in recent years.

So, what was the Australian Government's response? So far, nothing.

The resulting report was lodged on April 29, 2016. Within, a committee of senators from around Australia recommended that the Australian government reinstate its support of the game development industry in a big way, including the establishment of a funding scheme based on the Australian Interactive Games Fund--a refundable tax offset for Australian games expenditure that was axed in 2014--and the encouragement and financial support of shared working spaces modelled on the success of The Arcade in Melbourne, amongst other related recommendations.

These recommendations were given based on 111 tabled submissions from games industry representatives, and public hearings from 22 industry, education, and government screen agency representatives.

Jonny Roses--legal and policy council for the Interactive Games and Entertainment Association--released an article with MCV Pacific this week, noting the fact that nothing has been heard from the Australian government on the subject, more than 300 days since the report was filed. According to Roses, this is significant. "Due to a Senate resolution in 1973, the Australian Government has been required to respond to Senate committee reports within three months of tabling. This means we should have seen a response to the games development report by 29 July 2016, or 91 days after its release. This did not happen. In October 2016, we were told that a 'whole-of-Government response' was being developed, but we have not heard anything else since then."

This would be a damning result, if it weren’t for the fact that this report isn't the only one that hasn't seen a response from government. Roses notes that more than 150 other committee reports are still awaiting responses, some dating back as far as 2002.

A lack of government support was listed as a primary challenge facing the Australian games industry in the IGEA’s industry snapshot, based on a survey of game developers around the country last year.

“It’s such a shame, actually,” Senator Ludlam said in a call with GameSpot this week. “The inquiry went much better than I expected. The industry put on a really good show in terms of practitioners presenting on the day, they won over the whole committee. Some national senators were seeing the industry for the first time.”

“It just falls into this pit of darkness because the government’s priorities are elsewhere,” he continued. “We’ve got a possibility of massive public funds going into clean coal--which doesn’t exist--while we’re starving the games sector to death.”

Senator Ludlam believes that taxpayer money should be directed into the games industry, as it’s not asking for much. “Considering the fossil fuel industry is sponging up hundreds of millions of dollars per year, what the gaming sector is interested in is a reinstatement of the fund Simon Crean set up. $20m over three years. It’s not very much in the grand scheme of things.

It’s also worth noting that according to the report, the games fund would be “a self-sustaining funding program,” not a grant model, which means the money would be paid back to the government each year. “Initial direct government funding would enable concessional or limited recourse loans and repaid funds would be used to support subsequent projects.”

Financial considerations aside, Senator Ludlam also sees great cultural benefit in supporting the Australian games industry. “What we’re looking at is the emergence of a new art form. From a cultural perspective, it’s something we should be part of. New practices, whether they be on VR platforms, AR platforms, or mobile platforms - if we want Australian creative people to be a part of that--like we support other artistic endeavours--I think the investment is justified.”

Senator Ludlam closed the call with a shot across the bow of current Australian prime minister. “Who the hell was Malcolm Turnbull referring to when he was talking about supporting and creating innovative industries? He was talking about this sector, so he needs to put a bit of resourcing behind it if he wants us to believe the spin.” 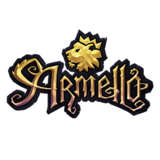