The console multimedia tug of war between Sony and Microsoft has heated up in Australia recently, with the last salvo being Sony's launch earlier this week of its new video delivery service for the PlayStation Network. Microsoft has bounced back quickly, however, today unveiling a partnership with subscription TV provider Foxtel to stream a limited selection of channels to the Xbox 360 through a new service called Foxtel by Xbox Live.

The new service will allow Xbox 360 owners with a Live Gold subscription to stream specific Foxtel channels to the console and bypass the set-top box normally associated with pay TV. Other details are scarce at this stage, with no confirmation on pricing for the subscription required for Foxtel by Xbox Live. But Microsoft has stated via a press release that it plans on launching the service in the fourth quarter of 2010.

An existing Foxtel subscription isn't required to use the service, but it does allow current Foxtel subscribers the ability to turn their consoles into an additional set-top box for specific channels. The confirmed channels that Xbox 360 owners will be able to access are Fox Sports, Discovery, Nickelodeon, Disney, and MTV.

At a Foxtel press conference this morning, Microsoft representatives said that the company was in talks with two Australian Internet Service Providers to offer Foxtel by Xbox Live unmetered. One of the biggest hurdles facing video streaming services in Australia is the download cap that nearly all Aussie broadband providers place on their subscribers.

Stay tuned to GameSpot AU for more details on Foxtel by Xbox Live as they arise. 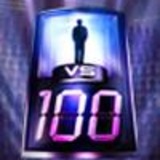