PixelJunk Monsters gets an expansion.

The PlayStation Store in Australia has two add-on packs and one brand-new network game this week. Dark Mist is the latest game from developer Game Republic and puts you in the role of Artemis, an ancient goddess of the moon. She's on a quest to rid a mysterious labyrinth of evil and bring light to all of its corners. Dark Mist will set you back A$12.95 ($12.22) and comes with 12 dungeons for you to explore.

PixelJunk Monsters' first expansion came out this week for A$4.95 ($4.64). It contains a new island, which has 15 different maps for you to set up ambushes on while saving your population. It also features five new music tracks. If golf is more your thing, two new characters have been released for Everybody's Golf: World Tour. Series veteran Gloria returns to the tee, and newcomer Alex steps up for the first time. The two golfers are sold separately for A$1.75 ($1.64) each.

Assault Heroes 2 found its way onto Xbox Live Arcade on Wednesday for 800 Microsoft Points. Like the original game, story plays only a minor role, with the focus being on the action. Not a lot has changed in this sequel; AH2 is still a top-down arcade shooter. One addition, aside from the new maps, is the four new vehicles: assault chopper, medium tank, light walker, and spaceship. Your character is now also able to hijack moving enemy vehicles. 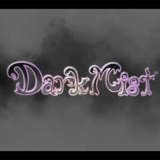