The Australian studio that created Trainz and Dark Reign has opened a contest to help independent developers get their start.

Auran, which has had some success this year with Trainz , its model train simulator and construction set, has announced two new business initiatives. The first is a deal to distribute Strategy First games in its native territory, Australia. The second is a contest called Next Year's Game that is essentially a way of promoting its proprietary engine, Auran Jet, for small, independent developers.

The contest promises $100,000 in prizes for the best game demos or game prototypes built on the Auran Jet engine. Auran will give a non-commercial version of the engine to serious entries in the contest, and other prizes include a commercial engine license and promotion for the games in Develop and GameDev.net. 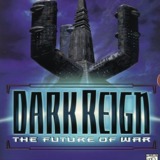