August 2021 Free PS Plus Games Are Available To Claim Now

August's PlayStation Plus freebies include Plants vs. Zombies: Battle for Neighborville.

August 2021's PS Plus free games are available to claim now, including battle royale title Hunter's Arena: Legends for both PS5 and PS4. This marks a change from the recent trend of offering one PS5-only freebie. Hunter's Arena: Legends is joined by the wonderful family-friendly action-shooter Plants vs. Zombies: Battle for Neighborville and Tennis World Tour 2. All three games are free until September 6.

Plants vs. Zombies: Battle for Neighborville is featured in our roundup of the best Xbox games for kids, but it's also one of the best PS4 multiplayer games for kids. The third-person spin-off shooter is essentially a sequel to Garden Warfare 2. It has cooperative and competitive game modes that can be played online or locally. Battle for Neighborville has a ton of different content to enjoy as well as solid mechanics and a stable of unique playable characters.

Tennis World Tour 2 is an officially licensed sports sim with real pros and a nice mix of multiplayer and solo content. It features a full-fledged career mode that lets you create your own player and work toward moving up the ranks in the tennis world while managing every aspect of your career. 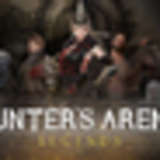