The developer of the Close Combat series of strategy wargames lays off its entire staff.

Atomic Games, the creator of the long-running Close Combat wargame series, has laid off its entire staff of full-time personnel. The company now consists of a skeleton crew that includes Keith Zabalaoui, the owner and president of Atomic, Tom Kent, the director of development, and Jeff Baker, the art director. None of the employees we contacted who were affected by the layoff have definite plans for the future at this time. Zabalaoui said that the layoffs were partially a result of the cancellation of the Hammer's Slammers project by Gores Technology Group. According to Zabalaoui, Gores exercised its right to cancel the project for "any reason or no reason at all." Zabalaoui also commented that Atomic's future is uncertain at this time.

For more information about the Close Combat series, take a look at our Close Combat archive. To find out more about other games created by Atomic, visit the official company Web site. 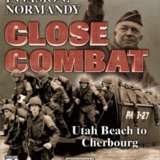