News follows release of analyst predictions that the game will fuel an industry rebound.

After months of hype, Driver 3 was released last week for the Xbox and PlayStation 2 to mixed reviews. However, the uneven critical reception of the driving/fighting shooting game hasn't affected sales of the game so far. According to a press release today, Atari has shipped more than 2.5 million units of the long-delayed game, which hit stores in North America, Europe, and Australia this week. Such sales numbers have already caused Electronics Boutique to predict that Driver 3 will be one of its top three sellers for June. A PC version is due in September.

Atari's announcement comes hot on the heels of the release of the NPD Funworld sales data for May, which showed lackluster sales in the games industry. Analysts attributed the drop in sales, almost 16 percent lower than in May 2003, as a tough comparison to the success of big-name titles such as Enter the Matrix the year before. Many predicted that sales of Driver 3 and other top-shelf games would help a rebound in June and July. Enter the Matrix shipped more than 4 million copies on its release. 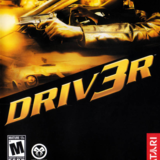