Atari today announced two new products that represent the company's feet-first entry into the classic-gaming boom. This November, Atari will launch the console title Atari Anthology, featuring over 85 classic games from the company's long and storied past, as well as its own plug-and-play classic game console called the Atari Flashback.

Atari Anthology, developed by Digital Eclipse for the PlayStation 2 and Xbox, is the first Atari collection to debut on current-generation hardware and the first to feature games from both arcade and home systems. Boasting 18 arcade hits, such as Asteroids and Centipede, and console classics from Adventure to Yars' Revenge, Anthology is by far the most extensive collection of Atari's past hits ever offered. While no unreleased prototype games are on the list, some of the titles offered are quite rare, like Swordquest Waterworld and Quadrun (copies of the latter fetched upwards of $400 at the Classic Gaming Expo last month).

With a sleek design reminiscent of the classic Atari 2600 and Atari 7800 consoles, the Atari Flashback will feature 20 built-in games culled from both of those classic systems. The previously unreleased Atari 2600 title, Saboteur, will join classics like Asteroids and Centipede. At $44.95, nearly twice the MSRP of other such classic consoles, the Flashback boasts several unique features. Two separate joystick controllers, replicas of the ones packaged with the 7800 in 1986, allow for two-player contests, and a power supply eliminates the need for batteries.

Designed by Howard Scott Warshaw (Yars' Revenge, E.T.), Saboteur was originally going to be redesigned into a game based on the A-Team television series. Neither version was released, although prototypes of both have since been found by collectors.

The Flashback is the company's first attempt at creating its own classic plug-and-play hardware based on its classic properties. The previous Atari-branded "joystick" and "paddle" systems on sale now, while licensed by Atari, are produced by the toy company Jakks Pacific, who will introduce even more all-in-one systems this holiday season, featuring classic arcade collections from such publishers as Capcom and Midway.

The full title lists are as follows.

*Versions of these titles were available for both systems, and Atari has not specified which versions will appear on the Flashback. 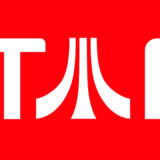