Ubisoft also offered financial information on a larger model, saying for the first nine months of fiscal 2011, sales came in at €900 million ($1.17 billion), up 4.5 percent from the €861 million ($1.12 billion) taken in during the same period a year ago.

Ubisoft did not offer specific figures for its online sector, but it did say the segment had posted significant growth during the period. Online sales were up 159 percent, the publisher said, thanks to browser games Settlers Online and Howrse, as well as "robust" performance through digital distribution

Ubisoft is expecting an even bigger full-year 2012, though it did not set specific fiscal targets it plans on reaching during the period. The publisher said its upcoming year will be healthy due to the "ramp up" of core games, which includes a "strong comeback" in the shooter genre.

Ubisoft has a number of shooters on its plate for 2012, including Far Cry 3, Brothers in Arms: Furious Four, Ghost Recon: Future Soldier, and Ghost Recon: Online. 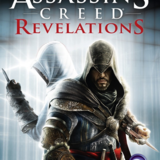