Assassin's Creed Liberation HD Delisted On Steam, But It Will Remain Playable

Another version of the game is technically still available on Steam through the Assassin's Creed III remaster.

The Steam page of Assassin’s Creed Liberation HD was quietly updated to say that the game is no longer available for purchase. Though it initially appeared access would also be lost for those who purchased the game, this is actually not the case.

Liberation is technically still to buy available on Steam, as a remaster of the game was packaged with the Assassin’s Creed III remaster. However, considering that title’s $40 price tag, and a hefty install size, a large portion of which will go untouched if you are only interested in playing Liberation, it’s hard not to imagine the potential complaints.

GameSpot reached out to Ubisoft, which clarified its policy and said it will be updating its storefront language to reflect this.

"As stated in our support article, only DLCs and online features will be affected by the upcoming decommissioning," Ubisoft said. "Current owners of those games will still be able to access, play or redownload them. Our teams are working with our partners to update this information across all storefronts and are also assessing all available options for players who will be impacted when these games’ online services are decommissioned on September 1st, 2022. It has always been our intention to do everything in our power to allow those legacy titles to remain available in the best possible conditions for players, and this is what we are working towards."

Originally released on the ill-fated Playstation Vita, Assassin’s Creed: Liberation is something of a cult classic in the series. It’s one of two games in the series to feature a black protagonist, and the only one without a male protagonist option. It also explores class and race in both thematic and mechanical ways, allowing hero Aveline access to different areas and conversations depending on which guise she takes on.

Editor's note: Ubisoft has since clarified that this restriction will only apply to DLC and online functionality in delisted games. The article has been updated to reflect this. 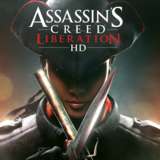