Patrice Desilets says he grew tired of the "political lying" he had to do.

Patrice Desilets, who created the massively successful Assassin's Creed franchise at Ubisoft before eventually leaving the company amid a lawsuit, has shed some new light on his exit.

Speaking to Gameology, Desilets talked about why it was difficult for him to be in a major company, explaining that he had to come up with "political" lies to tell to media during interviews.

"My biggest struggle with being in an organization is that I was the guy at the end or in the middle also… I was the guy doing interviews like what we're doing right now and I had to come up with political lying and I would receive comments and decisions made by other people and not me because it's all about compromising when you're in a big organization somehow," he said. "And as my role, the creative director, it's tough to live by the decisions of others when being in front of the camera or Skype and I said I'm not a really good liar so I can't do it anymore.

"And then I also realized that when you do a really big franchise, you also make money for other people and they don't really care about you (Laugh). So I said, enough! if I do another Assassin's Creed at least it would be for me and my guys and also for Quebec and for my people in Montreal."

Desilets said it took him "a while" to come to the decision to leave Ubisoft.

"My girlfriend told me I was not happy anymore at Ubisoft. She made me realize that, so I said OK. Now it's been seven years since I left Ubisoft," he said.

Desilets now heads up a studio called Panache. The team currently numbers 24 staffers, but the idea is to grow to 30 by the end of the year. He doesn't expect the team to grow much more than that.

By comparison, Desilets said 800 people worked on Assassin's Creed II. One of the benefits of working on a smaller team is that everyone knows each other, which probably could not be said for the teams that worked on the big Assassin's Creed games when Desilets worked at Ubisoft.

Also in the interview, Desilets said Panache will eventually make the mysterious game 1666: Amsterdam, which he re-gained the rights to amid his lawsuit against Ubisoft.

"That's my game about the devil in us that we are all good guys but sometimes we're not and how come sometimes we're not?" he said. "And it's an international subject matter also and in our culture the devil symbol is there so I want to attack that and eventually we're going to make it here at Panache."

The full interview touches on a number of other interesting subjects--you can read it here.

Little is known about 1666, which was first revealed through a 2012 trademark application and also mentioned in THQ bankruptcy documents. Ubisoft scooped up the 1666 rights at THQ's bankruptcy auction, paying $2.5 million for not only 1666, but also the THQ Montreal studio and a new game codenamed Underdog.

In 2010, Desilets left Ubisoft to establish THQ Montreal, but became a Ubisoft employee again in 2012 when the company bought the studio. His new path at Ubisoft didn't last very long. In May 2013, just months into his new role, Desilets claimed he was fired by Ubisoft, and went on to sue the company, attempting to reclaim the rights to 1666 in the process.

According to Desilets, 1666, at least at one time, was to be "the new Assassin's Creed."

The next game from Desilets and Panache is Ancestors: The Humankind Odyssey, which is a third-person adventure game set 10 million years ago. It was originally going to be released episodically, but that is no longer the case. 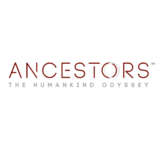