Assassin's Creed 2, new Ghost Recon due by April '10; I Am Alive delayed

Last Thanksgiving, French publisher Ubisoft--unburdened by Turkey-gorging duties--issued a robust earnings report for the six months ended September 30, 2008. As part of that earnings release, the company confirmed that it was working on a follow-up to Assassin's Creed, which has sold an estimated 5 million units worldwide. Later rumors had the game forgoing the original's medieval Middle Eastern setting for Revolutionary France. 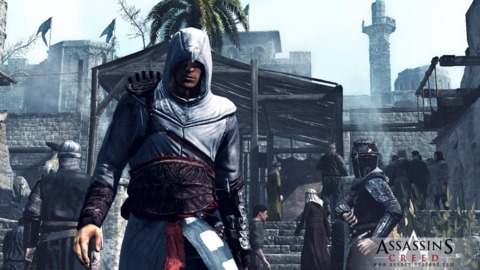 Today, as part of another healthy financial report, Ubisoft referred to Assassin's Creed 2 by name, declaring that it will ship sometime during the 12 months ending March 31, 2010. Given that the first game was one of Ubisoft's tent-pole holiday 2007 games, a Q4 2009 launch looks likely. Ubisoft's next fiscal year will also see a sequel to the popular high-tech shooter Tom Clancy's Ghost Recon Advanced Warfighter 2, originally released in March 2007.

"Our [fiscal year 2009-10] lineup comprises several potential blockbusters with the launch of seven franchises, including Assassin's Creed [2], Splinter Cell [Conviction], and a new Ghost Recon, as well as four license-based games including James Cameron's Avatar, three new brands, and a further-enhanced casual-games portfolio," crowed Ubisoft CEO Yves Guillemot. "Although we have to be cautious in light of the current economic environment, we expect Ubisoft to once again be one of the most dynamic and profitable publishers in the games industry in [calendar year] 2009." Ubisoft also said it would launch four movie-license-based titles during the year, including one based on the Teenage Mutant Ninja Turtles.

[UPDATE] Initially, the new Ghost Recon was presumed to be a third Ghost Recon Advanced Warfighter game. However, since the publication of this story, GameSpot has learned the project in question will be an all-new game in the Tom Clancy series, not a sequel to the popular GRAWs.

Unfortunately, the excitement generated by the Assassin's Creed 2 and Ghost Recon revelations was tempered somewhat by confirmation of a major delay. I Am Alive, the multiplatform horror-survival game that was the centerpiece of Ubisoft's E3 2008 presentation, "will require further development time and will now bolster the lineup for 2009-10," the company said. Previously, it was expected to arrive for the Xbox 360 and PlayStation 3 this spring.