Star Wars The Force Unleashed: Ultimate Sith Edition publisher said to have laid off more than half its workforce in November.

What we heard: Yesterday, the NPD Group reported sales were down compared to last year in November, the eighth out of nine consecutive months his year. With revenue across the board slipping, it's no surprise that 2009 has seen a number of publishers and developers cut their workforce, ranging from Electronic Arts and Activision to Harmonix and Funcom, to name but a few.

The latest industry player to stumble under the weight of the overarching economic climate appears to be Austin, Texas-based Aspyr Media. Big Download reports this week that it has received information indicating that Aspyr has laid off over 50 percent of its workforce. The headcount reduction apparently occurred in November.

It is unclear how large of a workforce Aspyr maintained before the purported layoffs, though Big Download's source noted that only a handful of employees remain. It is also unclear whether the alleged staff cuts have impacted any projects currently under way at the company.

Aspyr is perhaps best known for its less-than-stellar ports of a variety of noteworthy titles. Most recently, the publisher released the critically Force-choked PC edition of LucasArts' Star Wars The Force Unleashed. Aspyr has also handled porting duties on Dark Sector, Supreme Commander, Civilization IV, and Call of Duty: Modern Warfare, as well as released original games such as Dreamkiller and Necrovision.

The official story: Aspyr had not responded to requests for comment as of press time.

Bogus or not bogus?: Given Aspyr's silence on the matter, it seems likely that some form of shake-up has occurred. However, with not much information to go by either way, it remains unclear just how big or impactful said staff reductions were. 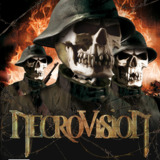