Gamers in Asia are definitely aware that the regional PlayStation Network store lacks the speed and variety of the PSN services in the Western markets. At Sony's recent PlayStation Fest 2011 event in Singapore, GameSpot Asia managed to chat with Sony Computer Entertainment Hong Kong’s deputy managing director, Katsuhiko Murase, in regards to the state of the PSN, piracy, and Sony's future plans for the region.

GameSpot Asia: Tell us a bit about yourself.

Katsuhiko Murase: First of all, I joined the Sony Corporation in 1990. I moved to the overseas market after my stint in Japan; basically handling Singapore, Thailand, and [the Asian region]. The first time I started working in the computer entertainment division in Sony was in 1996.

GameSpot Asia: What will be Sony HK’s general plan for the region in 2011?

KM: For this fiscal year in the Southeast Asian market, we’re doing quite well. At some point in time during the last eight months (when I joined in May 2010), I feel that there was lack of effort in SEA, frankly speaking. We’re doing well in Hong Kong, but not in this region though. That’s why we’re planning to push brand recognition more.

For example, there was the regional promotion this year for FIFA 11 because Sony was the main sponsor for the FIFA World Cup. We’re also pushing Gran Turismo 5 a lot; we already launched two big regional campaigns in Southeast Asia. Our focus right now is on Singapore, Malaysia, Thailand, Indonesia, Vietnam, and The Philippines.

GameSpot Asia: What are your business plans for the PS Move in 2011? What initiative will be done to push the motion controller in SEA?

KM: Frankly speaking, the promotion schedules will only be determined from the studio headquarters' side, but we’re currently focusing on Little Big Planet 2 and Killzone 3 for this month and the next. We’ll be showcasing on how the PlayStation Move enhances the experience of these key titles.

GameSpot Asia: Will there be initiatives to open up local branches for other SEA countries? If not, why?

KM: We’ve had that discussion internally, but there’s no clear conclusion to this plan. At the very least, our Hong Kong staff is more than adept at travelling a lot to deal with regions outside of Hong Kong. Still, we have our business partners and distributors like Sony Singapore and Uptron. We have to weigh in the advantages of having a local branch here. As it stands, we are doing more than before even without an office here.

GameSpot Asia: There have been a number of complaints about the Asia PSN store not being up to par with the US, UK, and Japan PSN store? What is your response to that?

KM: First of all, we recognize the seriousness of the issue and the voice of our consumers. We are trying our best in PSN Store consistency. Yet at the same time, I need them to understand that this isn’t a lack of effort on our part; it’s the licensing issue. There’s a legal restriction for some titles we really want to put on the Asian PSN Store.

For example, a game that has Japanese voice acting that’s on sale on the Japanese PSN Store cannot be sold on the Asian PSN Store due to the voice acting content restricted just for Japan. Games featuring licensed cars too that are restricted only in Japan cannot be sold on Asian PSN Stores as well. Games with title names trademarked in Asia also have trouble being placed on the Asian PSN Stores even if it’s available on the Japanese PSN Store. We have to check that all major IPs can be distributed officially here before they’re placed on the PSN Store. 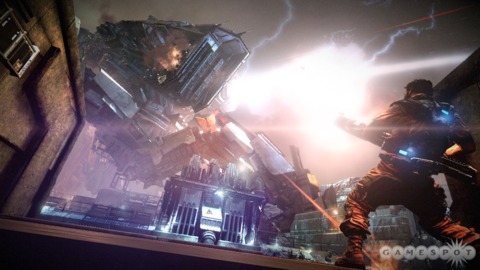 Killzone 3 was one of the games on display at last weekend's PlayStation Fest.

GameSpot Asia: I have noticed throughout 2008 that the initiative to locally push the PlayStation 3 across SEA has been, for lack of a better term, slow. Now it seems to be aggressive, particularly in Singapore. Why is that?

KM: I won’t say that we aren’t doing anything at all. We used to do, but now we’re dedicated to doing more pushes for the SEA market for the following years. I have to say that our focus is still on Hong Kong. It’s also due to the maturity of the industry. Last year, we were fortunate enough that FIFA 11 came out, as well as the Sony 3D TV initiative. Ever since Gran Turismo 5 was launched, we slaved endlessly promoting the title all over Asia. It’s all about timing, and what better way to do it than those key moments?

GameSpot Asia: What is your comment on the recent news of the PS3 Key? Do you see any ramifications for the PS3’s future overall, especially in a region known infamously for piracy?

KM: I personally believe that it won’t damage our business. I still trust our technology and platform. I seriously understand that the PS3 is important not only for us but also for software companies. They appreciate the format because of its antipiracy measures. As a brand, we have to maintain this reputation forever. I think that our headquarters can take action if this becomes widespread.

They have loyalty for copyright laws and the brand. We also have incentives for them to stick to buying original and getting them online [via warranty extensions and free downloadable content and e-cards]. Earning and maintaining that trust is the most important thing to us. You could say that the users changed the past environment for the better.