Facebook is on a Quest to buy more studios.

Asgard's Wrath is one of the most impressive games on Oculus Rift, and Facebook appears to have great confidence in developer Sanzaru Games. Facebook purchased Sanzaru, making it part of Oculus Studios, where it will continue to work on unannounced VR projects.

The announcement was made on the official Oculus Blog, where director of content Mike Verdu said Sanzaru's deep experience with VR and Oculus platforms gives it the ability to "readily explore a future of rich and immersive original VR content."

Most of Sanzaru's staff will be joining Oculus Studios as part of the acquisition, and the company will not be relocating. Its offices in the United States and Canada will continue operating, and Oculus stresses Sanzaru's independence in the announcement.

Oculus Studios isn't ready to confirm if Sanzaru will be developing its next project for Rift or Quest, but said it hopes "to bring those experiences to as many people as possible." Its most recent game Asgard's Wrath did not release for Quest, but has an impressive 88 score on GameSpot sister site Metacritic.

Despite its current specialization in VR content, Sanzaru Games has actually been a studio since 2006. It worked extensively on handheld systems like the PSP, PS Vita, and 3DS, and developed Sly Cooper: Thieves in Time back in 2013. It remains the most recent game in the series, and Facebook's acquisition means Sony would likely have to find a new studio if it moves forward on a fifth game. 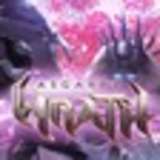