Plus, there are a few holdovers from March, totaling eight free games for Prime members right now.

A new batch of free games is available now for Amazon Prime members via Prime Gaming, and they're available to claim until May 3. Five free PC games join the lineup this month, including The Escapists, Moving Out, Move or Die: Couch Party Edition, Aces of the Luftwaffe: Squadron, and Before I Forget. Plus, there are a few other games still available to claim for free from last month, with a total of eight free PC games up for grabs right now.

The Escapists is one of the biggest Prime Gaming offerings available during April. A prison-escape simulator, you'll take the role of a prisoner with one goal in mind: get the heck out. There are a lot of different ways you can go about breaking out, but you'll have to avoid the stringent eyes of the guards as you plan out and execute your escape.

In The Escapists, you're on your own, but you'll be joined by your friends in the moving-out simulator, Moving Out. You and up to three friends tackle various moving jobs around the neighborhood, working together to transport bigger items out of the house and into the truck. You'll want to finish jobs as fast as you can as your score is dependent on your speed.

For more multiplayer action, Move or Die has you covered. Fast-paced and absolutely absurd, Move or Die pits you against your friends in a competitive match that changes its mechanics every 20 seconds. If you love your friends, you'll likely hate them after everything is said and done--like any good party game. Those who like tense gameplay like that will also find it in bullet-hell shooter, Aces of the Luftwaffe: Squadron, while those who prefer a slower, story-based experience will find a lot to enjoy in Before I Forget.

While the free games are great, there is also quite a bit of free in-game loot for a variety of games. Prime subscribers can claim a variety of free in-game items and currency this month, including a costume and 6,500 Kudos for Fall Guys: Ultimate Knockout. Ubisoft games Rainbow Six Siege and For Honor also get some loot, and you can expect the next drop for battle-royale shooter Apex Legends as well.

To take advantage of Prime Gaming's free offers every month, you'll of course need an Amazon Prime membership, and there is a 30-day free trial available if you're on the fence about whether to sign up. You'll get all of Prime's perks, including free one-day or two-day shipping, access to the Prime Video catalog of TV shows and movies, and more. Amazon Prime costs $119 a year or $13/month, and there's a student membership with a six-month free trial available as well. 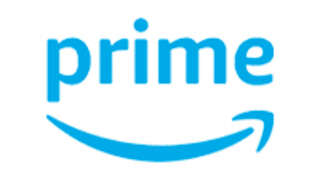 See all free games and loot at Prime Gaming 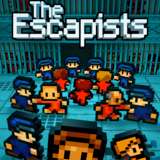