If you've spent any time online at all today, you've no doubt realized that it's April Fools' Day. This morning, GameSpot posted its own series of satirical stories for April Fools' Day. On the video side, the site previewed Fable II: My Pocket Pets, debuted some new Dragon Age footage from...

If you've spent any time online at all today, you've no doubt realized that it's April Fools' Day. This morning, GameSpot posted its own series of satirical stories for April Fools' Day. On the video side, the site previewed Fable II: My Pocket Pets, debuted some new Dragon Age footage from BioWare, and revealed the latest playable character in Marvel Ultimate Alliance 2:

News editors pondered what would happen if Animal Crossing's Tom Nook was a Deadwood-like murderous criminal amd Resident Evil's Umbrella Corporation needed a bailout and how Colonial Marines would react to the implosion of the Aliens games--if Colonial Marines actually existed. The prospect of 2K combining its critically lauded, ultraviolent BioShock series with its poorly reviewed, family-friendly Carnival Games also raised its head. 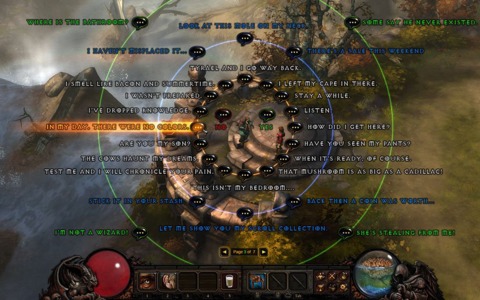 There was also plenty of tomfoolery by publishers and developers this April Fool's Day, which has become a cultural touchstone for gamers. Here are some of the more prominent ones:

Blizzard's Blowout:
--New Diablo III class, the Archivist: A dottering, semi-senile old man whose dialogue tree includes the opinions "Have you seen my pants?" "Look at this mole on my neck," and "I smell like bacon and summertime." 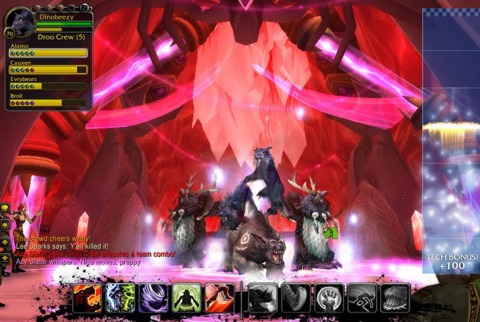 --New Starcraft II Unit, the Terratron: Nothing at all like a Transformer. Really. Its role? "Omega Supreme Defense," which sounds like an acne-control medication…from the future!

--Pimp My Mount: Service that lets players trick out their World of Warcraft steeds with "armor plating, a few spikes or chains, or maybe even some flaming decals." 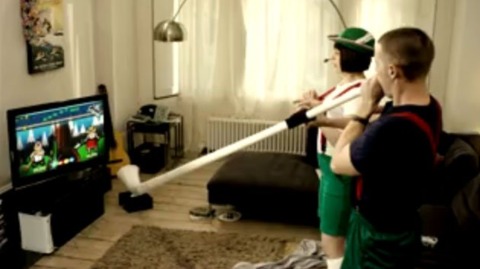 --THQ debuted a new Office-like featurette about the development of a new Red Faction: Guerilla weapon, the Ostrich Hammer:

--Konami issued a ludicrously fake trailer for the next Metal Gear Solid game, which will feature an unexpected protagonist. (Hint: "Ancient Snake" isn't too far off the mark.)

--Bethesda Softworks poked fun at itself by doubling the price of The Elder Scrolls IV: Oblivion's much-maligned horse armor DLC to MSP400 ($5) on Xbox Live. All other Oblivion XBLM content is indeed half off for the next week--seriously 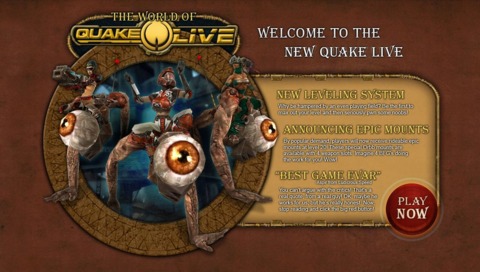 --In a YouTube video and a half-convincing press release, Polish develop CD Projekt Red announced the new, completely nonexistent The Witcher: Mysterious Secrets for "all current-gen, next-gen and gen-after-next-gen handheld systems and is scheduled for release between Tuesday and Friday 2010." 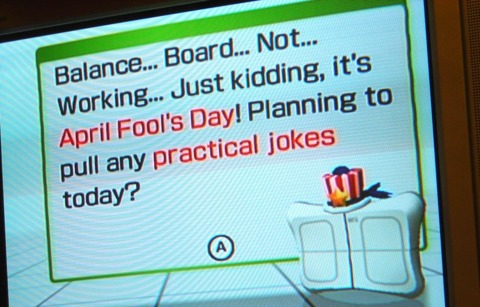 --When performing body tests today, Wii Fit pretends to not function for a brief few seconds. Then, in a chirpy and cheery voice, it tells you "you're overweight" with complete earnestness.

--Nerd merchandise emporium ThinkGeek posted its latest high-tech wearable, the $99.99 blue and orange Portal shirts. (Must be bought in pairs to function.) 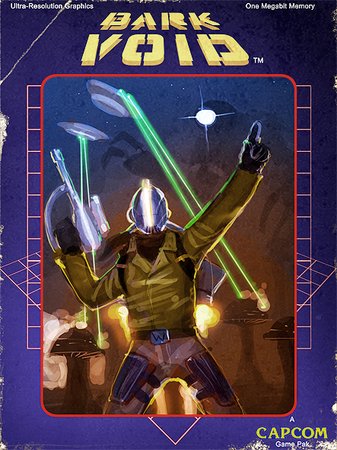 --Capcom joked that its graphically intense forthcoming shooter Dark Void has gone in a new direction--it's "going totally 8-bit!" The game's new cover art also goes for a retro feel, including being preworn around the edges. 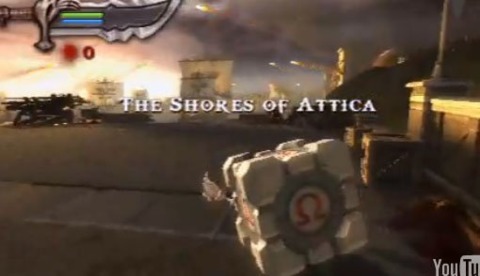 --Developer Ready at Dawn used another YouTube video to unveil a new mode in God of War: Chains of Olympus. Called "Cube of War," it lets gamers play as the companion cube from the game Portal.

--Halo 3 developer Bungie Studios announced the fictional Bungie Ultimate Ninja Gaming League Extreme, which "is poised to become the first and only professional gaming league that forces players to wield the true skill-based weapon." That weapon? The Spiker--the only weapon that players can use, period. A multimillion-dollar championship is to be held in Dubai later this year.