One month after first model is introduced, Apple announces sales milestone for its tablet device; 3G models already selling out after going on sale last Friday.

Apple on Monday said it sold its 1 millionth iPad last Friday with the introduction of the iPad 3G model.

The company didn't say how many iPads of each model were sold, but we do know that on April 8 during the iPhone OS 4 event, Apple CEO Steve Jobs said the company had sold 450,000 iPads, so sales have remained brisk. The first model of the iPad, known as the Wi-Fi-only model for its most notable difference from the new 3G version, hit the market April 3.

Ahead of Apple's announcement, Piper Jaffray analyst Gene Munster said he believes Apple sold about 300,000 iPad 3Gs in its opening weekend of sales. In fact, many of the Apple retail stores that Munster checked on Sunday afternoon had already sold out of the 3G models.

In all, it took Apple 28 days to reach the 1 million mark in iPad sales. The company also said that iPad customers have downloaded more than 12 million apps and more than 1.5 million e-books from the iBookstore since the launch on April 3. 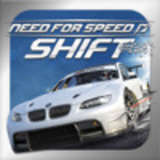