Casual publisher Big Fish launching all-you-can-play $7 monthly subscription program for streaming library of tablet titles; Android counterpart on the way. UPDATE: Apple has since revoked the apps approval, and removed it from the iTunes store.

The iPad already plays host to a handful of nontraditional gaming business models, from inexpensive ad-driven titles to free-to-play offerings that make their money off microtransactions. Apple's popular tablet will soon see another novel way to sell games, as Bloomberg reports that the consumer electronics giant has given approval for a multi-game subscription model.

According to the article, Apple is allowing casual game publisher Big Fish Games to give iPad owners access to a catalog of its games for a flat monthly fee. Previously, the company's iPad offerings, like Mystery Case Files: Dire Grove, Garden Panic, and Toppling Towers, had to be purchased individually.

The service will initially cost subscribers $5 a month, but Big Fish Games will ramp that up to $7 a month next year as it pads out the offering of titles. To ensure that only active subscribers will have access to the games, Big Fish will stream the titles to users' iPads from inside its own custom application. Initially, the application will require a Wi-Fi connection for users to access games.

Big Fish's plans for the service aren't limited to Apple's popular tablet. Company founder Paul Thelen told Bloomberg that an Android version of the subscription service will launch in the first quarter of 2012. Additionally, he noted that the application could be modified to work on Internet-connected TVs.

UPDATE: Apple has now removed the Big Fish application. Speaking to Bloomberg again, Thelen said “We were notified that the app was removed... We’re trying to follow up with Apple to try to figure out what happened." 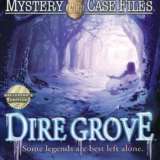