The update brings a familiar, flawless face to the mobile legend squad--and a bevy of gameplay changes.

Respawn Entertainment has released the official patch notes for Apex Legends Mobile's newest update, entitled Cold Snap. Loba will be the mobile game's next legend, as was made clear earlier this week--but there are plenty of other surprises coming to Apex Legends Mobile when Cold Snap launches tomorrow, June 14 at 5 PM PT / 8 PM ET.

According to a blog post on the official Apex Legends Mobile site, developers are targeting some specific in-game issues with the Cold Snap update.

Keep reading for a breakdown of all the changes Cold Snap is bringing to Apex Legends Mobile.

Loba will be joining the other Apex Mobile legends in the dropship in this update, and her skills are exactly the same as they are in Apex Legends on console and PC (presumably free from the bug that's been plaguing her tactical ability in the original version of the game for years). Loba will be available in the shop for purchase, but can also be unlocked by reaching level 25 of the Cold Snap battle pass.

In addition to her standard skillset, Loba--like all of the other legends in the mobile game--will have her own set of unique equippable perks, though those won't be unveiled until the update launches. However, devs did reveal a few of those perks in the blog post. Loba's perks include the ability to gain extra loot from crates and steal her squadmates' banners, an ability quite similar to the recently leaked Remote Banner Recovery survival item, which may be added to Apex on console and PC in the future.

Armed and Dangerous--the popular shotty-sniper mode that was the first LTM to debut in the console and PC versions of Apex Legends--will make its first appearance in the mobile game after Cold Snap is released.

Once Cold Snap launches, the Climatizer on World's Edge will turn on and off during the course of a match, covering parts of World’s Edge with a blanket of snow. When the Climatizer is on, Frosted Loot Boxes will appear on the map. Looting these frosty loot bins (and the deathboxes of enemies who have looted Frosted Loot Boxes) will reward players with diamonds they can spend on rare items in the Cold Snap Seasonal Shop.

Another frosty new addition to the game are Snow Grenades, a new throwable item that damages and slows enemies upon detonation.

Players can collect Diamonds to spend in Cold Snap's new Seasonal Shop. Diamonds can be found in loot boxes during a match, on eliminated enemies, and can also be earned by completing in-game missions.

The rest of the updates listed in the Cold Snap patch notes blog post are as follows:

Since the release of the Season 1 Battle Pass, we have received an astounding level of support. We are continuously doing our best to review your feedback and optimize the Battle Pass experience.

To express our gratitude, we will be providing the following rewards to players who purchase the Season 1 Premium or Premium Plus Battle Pass prior to the launch of Season:

These rewards will be provided following the launch of Cold Snap and will be sent via in-game mailbox so be on the lookout!

Also, starting from the launch of the season, 800 Syndicate Gold will be provided with the completion of the Season 1 Premium or Premium Plus Battle Pass. Thank you Legends for supporting Apex Legends Mobile! 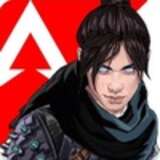