This incisive instigator shows now mercy. Neither should you.

Apex Legends Mobile Season 3: Champions went live last week, debuting a new battle pass and Seasonal Store, along with a plethora of limited-time events. But the star of the season is, of course, Ash: a human-turned-simulacrum who made her debut in Titanfall 2, then joined the Apex Games in Season 11 before making her way over to mobile.

You might think you know this legend inside and out--especially if you've played Titanfall 2 or Apex Legends--but playing Ash in the Apex Legends Mobile vs. playing her on console or PC are two very different experiences. This is partially because of her abilities, which had to be tweaked slightly to fit the needs of the mobile game. But there are other factors at play when it comes to tailoring your gameplay strategy specifically to fit Ash on a mobile device. Follow this guide to get the scoop on the incisive instigator and learn how to use her mobile-exclusive perks to your advantage.

Once a human scientist and assistant to the brilliant Dr. Mary Sommers (AKA Horizon), Dr. Reid was known for her research on branthium, a rare but power fuel source that can only be obtained from outer space (black holes are also involved--it's complicated). The branthium was to be used for the purposes of saving the Outlands from a deadly energy crisis. But unbeknownst to her colleagues, Dr. Reid's participation in the research (dubbed Project Iris) was all a ruse. After faking an accident that sent her mentor tumbling into a black hole, Dr. Reid then turned on her other colleagues (including Pathfinder) and attempted to reroute the branthium shipments elsewhere for reasons unknown.

She ultimately failed, dying in the process before being brought back to "life" as a simulacrum. After her memories were restored, her personality split into two halves: the ruthless, bloodthirsty Ash, and the terrified remnants of her human consciousness, Leigh. Now she's joined the Apex Games in a bid to destroy every remnant of her human side so she can wield total control and destroy Leigh--who she views as a sort of personality flaw or weakness--for good. Meanwhile, Leigh is desperately trying to break through the surface and regain control of her body before it's too late.

Like the other mobile game transplants, Ash's three main abilities are technically the same as they are on console and PC. But they operate a little differently in Apex Legends Mobile. Ash's abilities are as follows:

Ash's map shows the location of recent deathboxes and marks surviving attackers. Despite being called a "passive" ability, however, you must manually use the on-screen prompt to fling your Data Knife into deathboxes and analyze their contents.

Ash throws a spinning snare that damages and tethers the first enemy that gets too close.

Ash tears open a one-way portal to a targeted location.

Perks are unique to Apex Legends Mobile, and they're a great way to tweak an individual legend's abilities to fit your own personal playstyle. As you continue to play Ash and progress through her skill tree, you'll unlock nine perks that can be equipped to further strengthen Ash's arsenal. Perks come in three flavors: Standard Perks. Finisher Perks, and Ability Perks. Standard Perks are represented by triangular blue icons, while the icons for Finisher and Ability perks are purple and red respectively. You may only have one of each perk type equipped per loadout

Ash has the following perks:

Learn to aim your Arc Snare. Throwing Ash's Arc Scare is similar to throwing a grenade, but there are a few differences. When aiming, you'll see a line showing the trajectory the Arc Snare will take when you throw it, along with a blue dome showing the area that will be affected when it lands. But this blue dome can be a little misleading, and you may notice enemies managing to step around the Arc Snare despite being in its range.

For this reason, it's a good idea to hit up the Firing Range and get some throwing practice in to get a better idea of when you can and cannot hit an enemy with the Arc Snare. The good news is, compared to console and PC, the mobile game's Arc Snare tends to be better at sticking to the ground instead of sailing off into the distance like some sort of useless, void-powered frisbee.

Look before you leap. Ash's Phase Breach ability is incredibly powerful, but it's easy to phase right into an ambush if you aren't careful. If you've grown accustomed to zipping back and forth through Wraith's portals, keep in mind that when Ash tears into reality, there's no going back. Whether you're playing as Ash or simply interacting with one of her phase tears, keep in mind that this is a one-way trip. Make sure you know what's waiting for you on the other side.

Perk up. Perks are incredibly important in Apex Mobile, but it's easy to forget to equip them. Make sure you fill up your loadout as quickly as possible so you can compete with enemies on an even playing field.

The more you play Ash, the more Perks you can unlock. Because Perks are so vital to mobile gameplay, we've detailed our favorite loadout below.

Standard Perk: Red-Handed Reveal is our preferred Standard Perk, as it's great for locating enemy action when you're looking for a fight. It effectively turns Ash into a lean, mean pinging machine. (OK, to be fair, she was already lean and mean to begin with.) It's also great for watching your back--if an enemy Bloodhound has been trailing you and interacts with any deathboxes you're responsible for, you'll know it immediately and avoid being caught off guard.

Ability Perk: Shadow Step is great for maneuverability, but the decreased distance means it's harder to phase far enough away to escape a fight. Still, being able to avoid damage every seven seconds instead of every 120 seconds is an incredible boon that allows Ash to zip back and forth between firefights. It also makes Phase Breach's one-way travel a little less oppressive, as you can quickly return to wherever you came from.

Finisher Perk: Battle Adaptation is almost always the best perk to go with because finishing moves are a lot easier to pull off in the mobile version of Apex Legends, but in the case of Ash, Deadly Momentum is a close second. Obviously, cutting down on Phase Breach's cooldown is beneficial, but combining Deadly Momentum with Shadow Step means Ash's Phase Breach ability is at the ready almost any time you need it. If you're not using Shadow Step as your Ability Perk, go with Battle Adaptation for the free EVO Shield boost it will grant you. But if you have a serious need for speed, combine Deadly Momentum with Shadow Step and get ready to run circles around Wraith and Octane.

Of course, if you find a different set of Perks suits you better, you should stick to it. That's the beauty of Apex Mobile's Perk system: It allows you to play the game by your own rules. 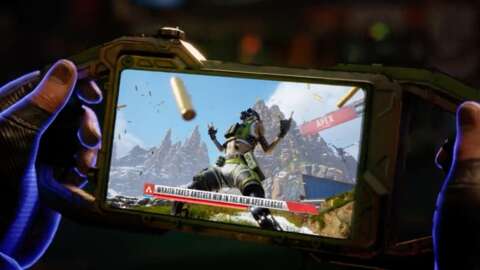 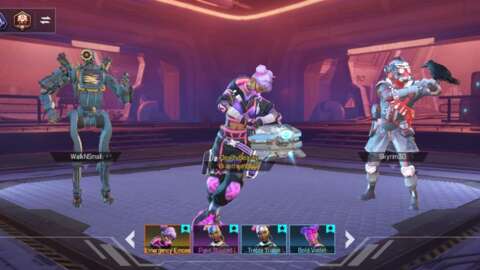 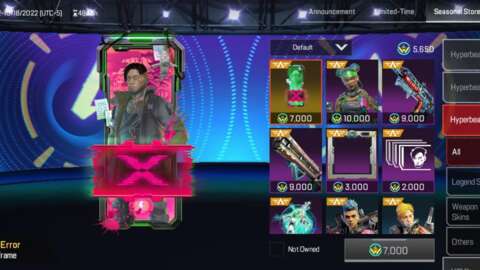 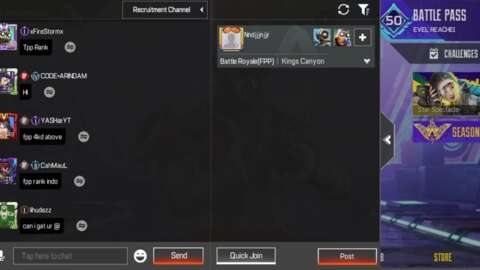