A new box set is on its way to the PS4, and if you're a fan of Annapurna Interactive or great indie games in general, then you'll want to check this one out. Iam8bit's Annapurna Interactive Deluxe box set costs $200 and comes with physical versions of eight of the publisher's best games in a premium folio box. Each page of the folio box features art and statements from the games' developers. The Deluxe box set ships by the end of the year, and pre-orders are open now. However, only 2,000 units are available, so if you're interested, you'll want to order as soon as you can.

Included in the package is last year's excellent space-exploration adventure, Outer Wilds. Players fly their spacecraft throughout the galaxy, landing on new planets and solving the mysteries of the universe. It scored a 9/10 in GameSpot's Outer Wilds review and was selected as one of the best games of 2019. 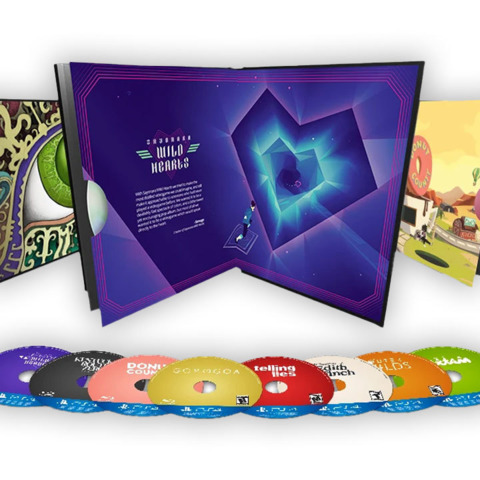 Outer Wilds is a fantastic experience, and it's joined by even more excellent narrative journeys. Kentucky Route Zero: TV Edition and What Remains of Edith Finch are lauded as two of the best stories in games, and you'll get both in this box set. Telling Lies, the FMV follow-up to Her Story, is also included.

There are a number of smaller experiences oozing with charm. The goofy Donut County, the enigmatic Gorogoa, and the musical Sayonara Wild Hearts are all featured. And lastly, Katamari Damacy creator Keita Takahashi's latest game, Wattam, is included as well.

This is the first time Gorogoa and Telling Lies have received physical PS4 releases. Thankfully, every game in the box set is region-free, so no matter where you live, you don't have to worry about them being compatible with your PS4.