The Angry Birds sensation is not fading away.

"Rovio has grown from a phenomenon to a very successful global business," Rovio CEO Mikael Hed said in a statement. "In 2010 we set out to build an entertainment company and after last year's performance we are on a strong path to achieve our goal."

Rovio sales were not the only component of the company's business that doubled in 2012. The Espoo, Finland-based studio also saw its head count rise to 518 people, up from 224 in 2011.

Looking ahead, Rovio said it expects its business to continue to grow, noting future success will depend on the success of new game launches, the company's ability to keep fans engaged with its titles, and the prosperity of "new initiatives" in 2013.

Rovio recently launched its Angry Birds Toons television series, while an Angry Birds feature film from Iron Man and Despicable Me producers will launch in 2016. 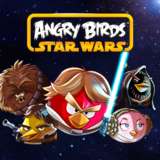