Rovio picks up Futuremark Games Studio for undisclosed sum as part of its "rapid expansion" in entertainment, publishing, animation, and retail.

Rovio said the buy is part of its "rapid expansion" in entertainment, publishing, animation, and retail. Terms of the acquisition were not disclosed.

Futuremark Games Studio is the second company Rovio has picked up in the past year, following Kombo Animation Studio last summer.

Rovio's newest game--Angry Birds Space--blasted off last Thursday and has already been downloaded more than 10 million times. The game has a way to go if it wants to catch up to its 2009 predecessor Angry Birds, which has seen more than 700 million downloads to date.

For more on Angry Birds Space, check out GameSpot's review. 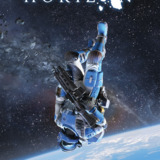